Billie Eilish confident despite tics from Tourette Syndrome: ‘I’ve made friends with it’ 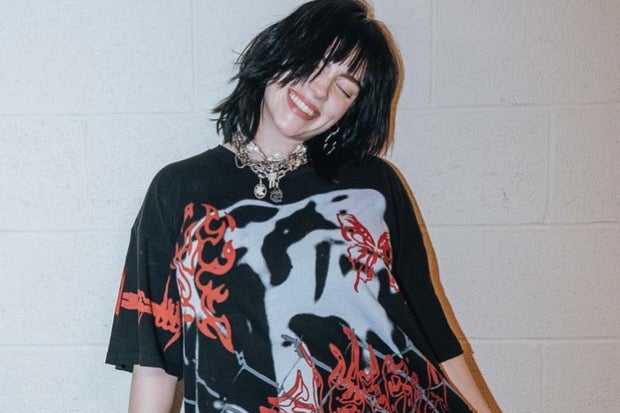 Billie Eilish opened up on her Tourette Syndrome and how she has come to accept that her tics are “part of herself.”

The Grammy-award winning singer spoke about her condition with American TV host David Letterman, in the latter’s Netflix show “My Next Guest Needs No Introduction,” which premiered on Monday, May 23.

According to the Centers for Disease Control and Prevention, Tourette Syndrome is a “condition of the nervous system which causes people to have tics.” Tics, meanwhile, are “sudden twitches, movements, or sounds that people do repeatedly.”

The topic was brought up after Eilish suddenly turned her head. Letterman asked if it was because of a fly. The singer then explained that it was actually one of her tics.

“The most common way that people react is they laugh because they think I’m trying to be funny. They think I’m going [like that] as a funny move,” she said in the interview. “And I am always left incredibly offended by that.”

Eilish revealed that she knows some celebrities who also suffer the same condition but choose to keep it from the public. She also shared some of the symptoms that she experiences, adding that she always has tics which people do not seem to notice.

“I never don’t tic at all. The main tics that I do, constantly all day long, are like I wiggle my ear back and forth, raise my eyebrows, click my jaw, and flex my arms and muscles,” she told Letterman.

“These are the things you would never notice if you are just having a conversation with me but for me, they are very exhausting,” she added.

Eilish then admitted that she “damned” her Tourette symptoms in the past but she has now accepted to live with it.

“It’s not [that] I like it but I feel like it’s a part of me,” Eilish stated. “I have made friends with it so now, I’m pretty confident in it.”

Eilish first talked about her condition publicly in 2018 after compilation videos of her tics began to surface online.

Meanwhile, the singer, known for her songs “bad guy,” “Happier Than Ever” and “Therefore I Am,” among others, will be headlining the United Kingdom’s Glastonbury festival in June, along with British icon Paul McCartney and Pulitzer-winning American rapper Kendrick Lamar. JB