‘Liwanag’: The Juans’ first full-length album a ‘buffet’ of sounds 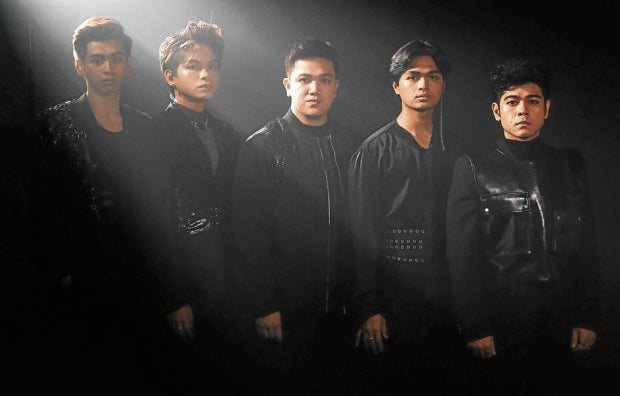 If the pop-rock band The Juans could describe its first full-length album, “Liwanag,” it would be a “buffet” of sounds.

In the past, frontman Carl Guevarra and lead guitarist Japs Mendoza did most of the heavy lifting when it came to the songwriting process. But now that the other members, bassist Chael Adriano, guitarist RJ Adriano and drummer Joshua Coronel have started contributing, they managed to put together a collection of songs that are more experimental and different from their past works.

“Back then Japs and I composed the material. Now that the others have started writing too, I believe it’s only natural that the new sounds would be different … because we have different influences,” Carl said at the press launch of “Liwanag” (Viva Records). “We were just honest to who we are as artists and musicians, and the result became a variety of genres because of our backgrounds.”

There are danceable tracks like “Pangalan,” soaring anthems like “Liwanag,” electropop-inflected tunes like “Pinakahihintay,” trap and rap-inspired like “Kahon” and even compositions that exude a show tune vibe like “Teka Muna.” “It’s like a buffet—there are songs that are happy, sad, quirky and chill,” Carl said of the 15-track compilation which also tackles a variety of themes about love, relationships and life.

Are there any particular tracks that resonate deeply with them and would like to dedicate to their supporters? “For me, it’s ‘Sa ’Yo Lang’ Ako because no matter what happens, I will always choose the fans. There were times when I was distracted … I had reasons to give up or choose myself. But the reason I’m able to work hard every day is because I choose the fans,” Carl said.

“I dedicate ‘Nandito Na’ to our fans, because … we all made it here with the ‘Juanistas’ to celebrate,” Chael said.

“Our fans are our happy pill, so I choose ‘Anghel.” They’re our inspiration and they save us in times when we’re losing hope,” Japs said.

“‘Pinakahihintay’ is about waiting for that perfect moment with your loved ones. That applies to us and the Juanistas because we have been waiting for so long and we have been through a lot—the pandemic and all—and now we got to share it with them,” Joshua said. “‘Salamin’ is about self-love. We want them to love the person they see in the mirror. There are times when we feel self-hate and see things that we don’t like about ourselves. But we have to love ourselves because there are many things about you that are lovable—you just don’t see or appreciate them,” RJ said.

Through these new tacks, The Juans hope to continue connecting to listeners and making them feel that “they’re not alone.” “We want the listeners to connect to the songs. We’re all about connecting to the ordinary Juans … to remind them that the things they go through aren’t far off from what we experience,” Carl said.

Because the members worked on the album amid the pandemic, one of the biggest challenges they faced was learning the ropes of production work with no access to a proper recording studio.

“It was our first time to self-produce songs. The challenge is figuring out how to finish them because we were worried if we had the right or enough tools to do our work. But we learned a lot along the way,” Japs said.

“We weren’t even able to step into a proper recording studio. We did the work in our homes and did split sessions,” Carl related. “It was hard. But I can say that the album is really us. We’re happy to collaborate with other artists. But now it’s a conscious decision that this album should reflect us. We decided how we were going to sing the songs, how we were going to write them, and how we wanted to express our thoughts and feelings.”

“They’re not alone no matter the situation—whether they’re in love, heartbroken, hopeless, inspired or in the middle of making an important decision,” he added. “I hope the album can be their new soundtrip best friend … something they can listen to during commutes or when they just feel like being emo.”

And through its music, the group hopes to continue giving hope and inspiration to their fans, especially after the trying two years everyone has had to endure.

“You can only appreciate light when you have experienced darkness,” Carl pointed out. “We realized that we have to rise up and bring forth, not just art, but also inspiration; songs that will not only drive emotions, but will also help people stand up again and wake up in the morning with hope in their hearts.”