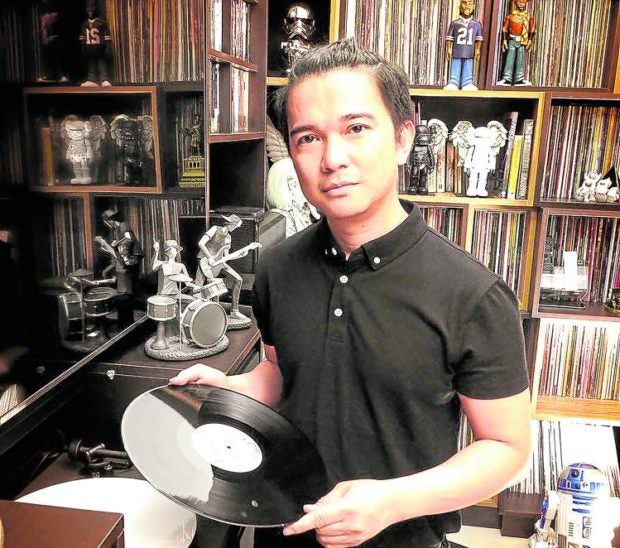 Looking back on his 20 years in the music business, Jonathan Manalo said one of the biggest challenges in his career as a composer and producer is maintaining consistency amid the ever-changing trends.

“The challenge is having the consistency to put out hits and album projects all the time. No matter how many times you do it, you can’t say you’ve already figured out the formula, because trends and tastes change,” he pointed out in an interview for his upcoming 20th anniversary compilation album and his partnership with Academy of Rock Philippines.

“You have to keep up with these changes and produce hits despite the unpredictability of things,” he added. “But I’m grateful that, for the past 20 years, with each cycle of trends, I’m able to adjust, adapt and produce songs that people sing along to.”

Of course, not everything he churns out will end up being chart-toppers. But this is par for the course in his field.

“It’s just a matter of acceptance,” he said. “It’s about being creatively happy with your work, and knowing you gave your best. I can confidently say that I gave my best—it just didn’t work out. But I’m still proud of the output. Not everything you come up with will be hits. It’s more about the entire body of work.”

Besides, just because a song didn’t gain traction now doesn’t mean it won’t in the future. “Sometimes, listening to your past work that didn’t become hits, you realize that they’re actually good. And you realize that you can reimagine them with other artists and give them a new treatment,” he said. Jonathan first gained recognition in 2001 after winning the grand prize in the Himig Handog songwriting competition with his entry, “Tara Tena.” He placed third in the 2003 Metropop Song Festival. He has since produced 200 albums for various artists, like Erik Santos, Kyla, Piolo Pascual, Juris, Jed Madela, KZ Tandingan, Yeng Constantino and Moira dela Torre.

Throughout his career, Jonathan, who’s now the creative director of ABS-CBN Music, has reportedly accumulated 75 platinum and 100 gold certifications.

Some of the artist’s hits include the “Pinoy Big Brother” official theme “Pinoy Ako,” Angeline Quinto’s “Patuloy ang Pangarap,” Erik Santos’ “Pagbigyan Muli,” as well as Itchyworms’ “Kabataang Pinoy.” These songs, and much more, are expected to be part of his planned compilation.

“‘Patuloy ang Pangarap’ will be sung by Gigi de Lana, ‘Pagbigyang Muli’ by Morissette and ‘Kabataang Pinoy’ by SB19 and Bini,” he revealed, adding that these three are also his biggest songs.

“‘Patuloy’ was used in commercials and movies. ‘Pagbigyan’ became a hit back when song ringtones were popular. ‘Pinoy Ako’ did well because “PBB” was a phenomenal success. And CD sales were still strong back then. Actually, it’s the song that helped the then Star Records make a business turnaround,” he related.

“It will be a celebration of music. All the songs I have written and are proud of; songs that made people sing along with me. Some of these songs have become part of people’s soundtrack from all walks of life,” he said.

Jonathan also announced his co-ownership of the Philippine franchise of the Singaporean music school Academy of Rock. “One of the things I also love doing is mentoring up-and-coming artists in the industry,” he said, adding that he believes that success in the industry is 50-percent talent and 50-percent character.

“What I have learned is that it’s not just all about talent. You have to learn how to navigate relationships in the industry. Talent is very important, of course, but you also have to have a good character and be able to maintain relationships,” he said. And “don’t lose the fire,” he stressed. “It’s your passion that’s to keep you consistently fired up to become that best you can be. So equip yourself, learn everything you can to hone your craft.”