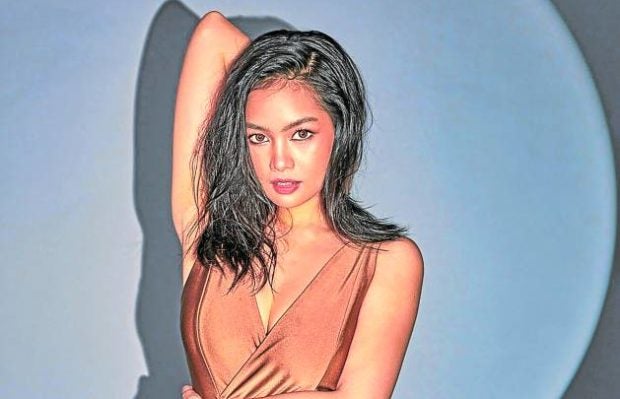 While her gateway to show biz was the 2011 singing contest “Protégé,” Denise Barbacena has spent most of her career focusing on acting. But after 10 years, she has finally released her first official single—a song she can call her own.

“Every singer in the industry hopes to create and release a single. And it’s only now that I got the opportunity to have a song that’s mine—not a collaboration, feature or a theme song for a show. It’s tailor-made for me. The universe had this brewing for so long. But I think now is the perfect timing,” she said in a virtual conference for her single “Last Thing I’d Do.”

Written by GMA Playlist composer Rina Mercado, the gentle ballad talks about love, and how it takes two people to make it work and thrive “no matter how hard things get.” “The song is about love, but it can also be about family, a friend, or yourself,” Denise said. “The listeners can interpret it in ways they can relate to.”

Denise, who’s known for her past collaborations with Gloc-9 (“Hari ng Tondo,” “Dapat Tama”), has appeared in various GMA 7 dramas, and is a mainstay in the long-running gag show “Bubble Gang.”

While music is her first love, she admitted that performing in front of a crowd used to make her nervous, and that she was initially more comfortable with acting. “I enjoyed acting more at first because I could express myself without anxiety … because there’s no immediate crowd around you,” she said.

She also felt like there’s less room for mistakes in singing. “There’s more leeway when you’re acting. But when you’re a singer and a performer, you have to be perfect. There’s no second take,” she said.

But over the years, she has built enough confidence and is now looking forward to performing her new single in live shows. “Now, there’s a sense of pride. ‘What are you afraid of?’ I would tell myself,” she related. “There are no words to describe how I feel. The song is my baby and it must be a different feeling singing it live. I’m just happy and thankful … No matter what happens, my name will be under that song.”

Yes, she wants the song to perform well, but that’s not the main goal, she said. She wants to remind her followers that she’s a singer, too. “I’m more excited than pressured. I now have a song to reintroduce myself: This is me, this is how I sing, this is me as an artist. I want the song to do well, but that’s just secondary. What I want to do is reach a new audience. Success is just a bonus,” she said.

Denise knows that she could have started releasing her own material earlier. But still she doesn’t look at the past 10 years as wasted time. “There’s a part of me that thinks that I could have more songs now if I had begun earlier. But just like anything in life, there’s no point crying over spilled milk. I have to focus on the present,” she said.

“And it’s not like I wasn’t doing anything. I recorded theme songs. I was acting and finishing my degree [in medical technology],” she said. “Now I have the right people around me … handlers, managers. I have already kick-started [releasing new music]. I hope I can put out more songs in the future.” INQ