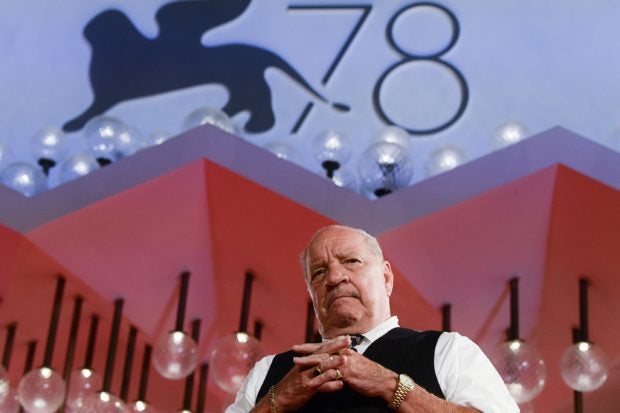 U.S. director Paul Schrader arrives for the screening of the film “The Card Counter” presented in competition during the 78th Venice Film Festival, on Sept. 2, 2021 at Venice Lido. Image: AFP/Filippo Monteforte

The Venice Film Festival will this year honor the United States filmmaker Paul Schrader, behind classics such as “Taxi Driver,” “American Gigolo” and “Raging Bull,” for lifetime achievement, organizers said on Wednesday.

Schrader will receive a Golden Lion for Lifetime Achievement at the 79th Biennale de Venezia, which will run from August 31, the festival said in a statement.

“Paul Schrader is a key figure of New Hollywood who, from the late 1960s on, has revolutionized the imagination, aesthetics, and language of American film,” the statement quoted festival director Alberto Barbera as saying.

“It is not an exaggeration to affirm that he is one of the most important American filmmakers of his generation.”

Schrader said he was “deeply honored. Venice is the Lion of my heart.”

Born in 1946 in Michigan, Schrader has written or directed more than 30 films.

As a screenwriter, he has worked with the giants of the industry including Martin Scorsese (“Raging Bull,” “Taxi Driver,” “Last Temptation of Christ”); Sydney Pollack (“Yakuza”); and Brian de Palma (“Obsession”).

Films that he has directed include “American Gigolo,” “The Card Counter” and “The Comfort of Strangers,” among others.

The Venice Film Festival, the world’s oldest, was established in 1932. JB