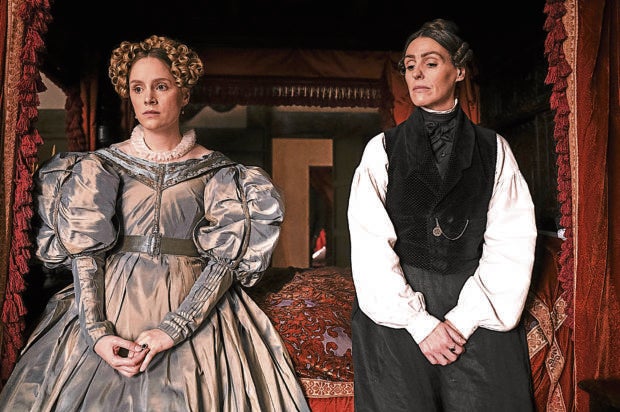 The journals of globe-trotting British diarist Anne Lister included frank depictions of lesbianism. Some of the entries were so graphic that they were initially thought to be a hoax until their authenticity was substantiated.

But the so-called first modern lesbian, who died at age 49 in 1840, was a woman way ahead of her time. She was a highly articulate and educated landowner who preferred to wear nothing but black outfits. Bucking misogyny and society’s expectations at every turn, Anne stubbornly asserted her rights and sexual needs as vigorously as she ran her businesses.

Anne is the subject of HBO’s universally acclaimed series “Gentleman Jack,” whose eight-part second season has since generated a 100-percent approval rating on Rotten Tomatoes after its Tuesday launch on HBO Go last week.

The series has been pieced together from the 4-million-word diaries she kept when she was merely 15 years old until her death at age 49.

One-sixth of the entries—particularly the intimate details of Anne’s romantic and sexual trysts with various women—was written in codes that combined the Greek alphabet with zodiac signs, punctuation marks, algebra and other mathematical symbols.

After introducing the main characters of the story set in the 1830s, Season 2 zeroes in on Anne’s (Suranne Jones, superb in the fourth wall-breaking role) deepening relationship with the psychologically fragile manufacturing heiress, Ann Walker (Sophie Rundle, also terrific).

Now that she got Ann to commit to their relationship, Anne is determined to draw a line between her and her closeted—and very much married—former lover, Mariana Lawton (Lydia Leonard), who wants to reignite their 20-year relationship in secret!

Even as Anne acknowledges this “marriage” of sorts, it sometimes feels like she isn’t as “in love” with Ann as she was with Mariana.

When we spoke to Suranne Jones, along with her costar Sophie Rundle and series creator Sally Wainwright, about the latest season recently, the 43-year-old Bafta-winning actress told us what she thought makes Season 2 better than the previous one.

“Historically, Anne Lister had these big, passionate love affairs,” explained Suranne. “She falls hard and deep, for women like Mariana. She almost thrives on the drama of those relationships. She loves women, and she’s had a history with them that Ann is just starting to find out.

“The match she’s found in Ann Walker—who has taken a ‘sacrament’ and moved in with her in Halifax, along with all the things she’s dreamed—is playing out the way she wanted it to.

“But now, she has to deal with Ann’s mental health. She has to navigate that and bring her back into their own society to live as much as they can … in full view of everybody. Unfortunately, that has taken its toll on their marriage. 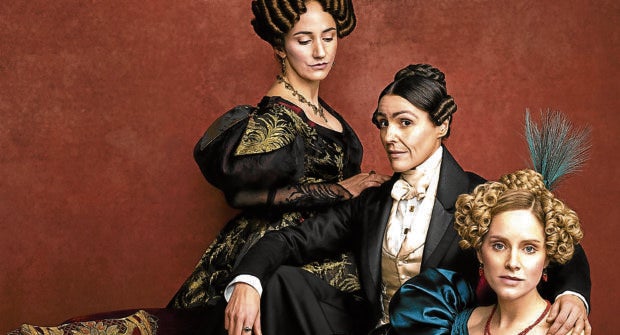 “They don’t have a child to bind them. They can’t speak of their marriage openly; they don’t have a marriage certificate … all these difficulties are creeping in. I think it’s a more important season than the previous one because Season 1 was about the love affair and the romance, as well as the difficulties of how they got together.

“But now, we’re looking at the reality of building a relationship. What we’re doing is shining a light on what it was then and what it is now for same-sex couples. It’s really been beautiful.”

Our Q&A with Suranne and Sophie:

Anne and Ann were unusual for their time. But they continue to be relevant these days considering the pushback that this type of relationship faces. Any thoughts about that?

Suranne: You’re right. I mean, we had to remind ourselves regularly that it was around 1834, 1836 when they decided to live their lives as openly as they could in society. Now that canals and railways are coming in, Anne pushes herself to the fore, to have a say about things, and to climb her way up.

She also uses Ann’s money to build her way up through society. You start to feel that they’re actually doing it together … that they really want this life for themselves. It’s like a steampunk period drama … it’s still very relevant today.

Did you talk to people in the gay community about the importance of being able to tell this story today?

Suranne: It is hugely important to have this prime-time drama on Sunday on the BBC—it’s been a revelation. We’re taking gay history and bringing the story of these previously lost characters to the front. It’s been a way for people to communicate about their gender … and a way for others to come out. People have met and married through it.

Sophie: Yeah, part of what’s been so extraordinary about this is that at the center of this little-known story are two women who meet and fall in love. But at the same time, it’s also just a brilliant prime-time period drama. You don’t have to be a gay woman to appreciate this show. 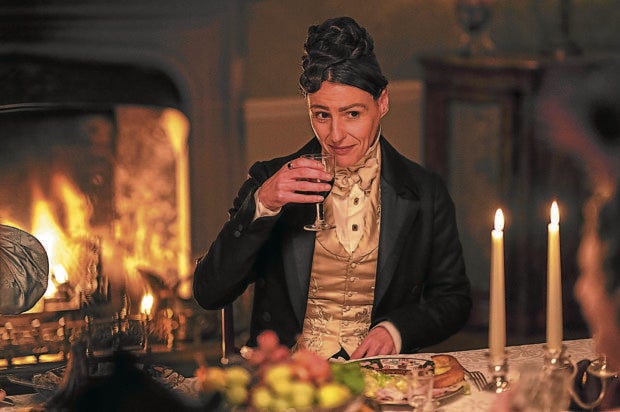 It does get people to sit down with their families and watch this love story unfold. It’s important because it legitimizes stories like this, aside from the fact that it’s sweeping, romantic, funny, clever and expensive-looking. It feels truly celebratory, and that’s been vital to people like the two Annes, because it makes them feel like they’re being seen and validated by society.

You’ve been navigating this show and your respective characters for two seasons now. Has your approach to characterization changed, from the first season to the latest one?

Sophie: Ann Walker has been constantly changing. She’s someone who takes one step forward and two steps back. You have to confront her in a different way, depending on where she is in the story.

That’s always the benefit of doing long-form TV like this … you get to come back and explore the characters. You develop a shorthand with the creatives involved. Your approach gets richer the more time you spend with them.

The first year, Ann was so much younger and more naive, and she was right at the center of this quite emotionally abusive upbringing.

When we meet her in Season 2, she’s had the benefit of being exposed to Anne Lister, so she’s like a different woman. But at the heart of it, she’s still the same—she grapples with the same demons that she’ll have to deal with her whole life.

Suranne: It was brilliant to do a second season because, now, you’ve got more confidence … you’re no longer “finding” the characters because you’ve already lived in their shoes. So, Anne is slightly different because she has the bravado of having a wife with money.

This time, it’s like Anne Lister on speed (laughs). I had to up my game, with a lot of help from the writing, music and speed in which the story is told. If there’s going to be a Season 3, I hope she gets to sit down a bit, because I don’t know how else I could make it more “energized” than this one.

In terms of research, did you ever get to read chunks of Anne Lister’s hefty diary?

Suranne: Gosh, Sally Wainwright walked me all around Shibden Hall and all the way up to where the coal pits were. And they took me to the Halifax Library, where I held Anne’s diary and read parts of it. We got chunks of it transcribed—it was way too overwhelming to do it yourself. I got them to send me stuff related to the years that we were filming for the first season.

When Sally puts Anne’s real lines from the diary into my dialogue, it’s like some kind of magic happens, because you’re actually saying what she said—and it’s brilliant! It was so gratifying to be in her house and walk around places that she inhabited.

There are a lot of stories about Anne’s diaries now, but how much do we know about Ann Walker? Where did Sophie draw from, in terms of bringing her to life?

Sophie: Nothing much is known about Ann at first. She was this invisible figure, which is quite heartbreaking considering how extraordinary she was. In Season 1, we only had what Anne Lister says about her in her diaries.

It was during Season 2’s filming that they found Ann’s diary, but sadly, it wasn’t particularly interesting—well, at least not as interesting as Anne Lister’s. So, it was down to Sally to take all the known references and build a picture of who this woman was. Then, it was up to me to fill in the gaps—which was quite tricky.

What’s really tragic about this story is that nothing else is known about Ann. There was a concerted effort by her family to deliberately erase her from history, because they were ashamed of her. She didn’t even have a headstone for her grave when we started filming this, so she was just about to be erased from history entirely.

It was down to Sally and the other amazing historians to sort of pull her back into people’s attention—which is where she needs to be … because she’s a hero. INQ

A new episode of “Gentleman Jack” Season 2 is released every Tuesday on HBO Go.