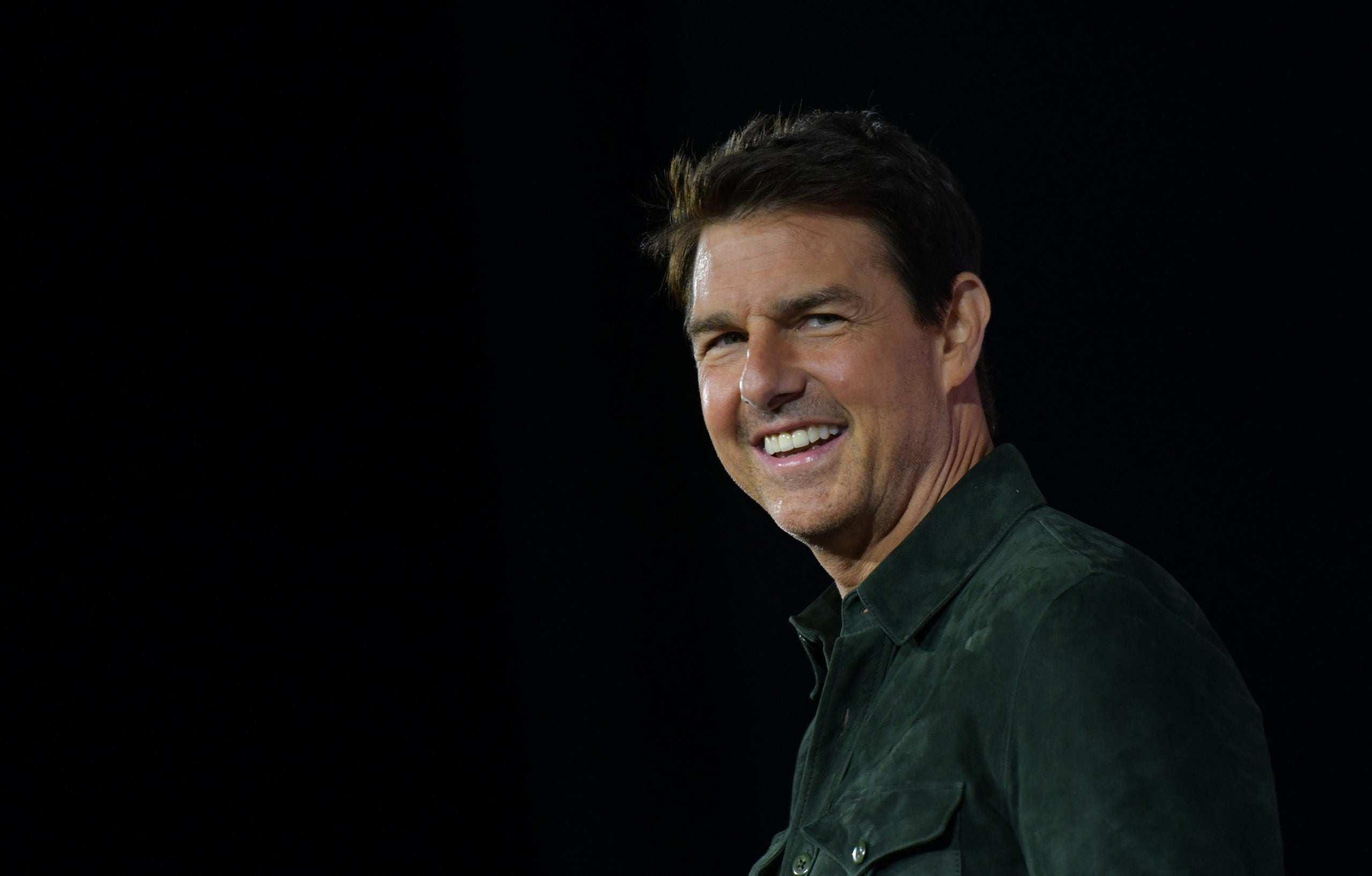 In this file photo taken on July 18, 2019 Actor Tom Cruise makes a surprise appearance in Hall H to promote Top Gun: Maverick at the Convention Center during Comic Con in San Diego, California. Tom Cruise unveiled the world-first screening of “Top Gun: Maverick” at CinemaCon in Las Vegas Thursday — introducing the long-awaited sequel while balanced atop a flying bi-plane. The new “Top Gun,” which picks up the story of Maverick and his fighter pilot buddies some three decades after the blockbuster original, was scheduled to open in 2020 but was repeatedly delayed by the COVID-19 pandemic. (Photo by Chris Delmas / AFP)

The new “Top Gun,” which picks up the story of Maverick and his fighter pilot buddies some three decades after the blockbuster original, was scheduled to open in 2020 but was repeatedly delayed by the Covid-19 pandemic.

Cruise, famous for doing many of his own stunts, introduced the screening to the movie theater industry convention with a video message recorded in typically hair-raising style, perched on the moving plane’s fuselage from the skies above South Africa.

“Hey everyone. Wish I could be there with you. I’m sorry for the extra noise,” yelled 59-year-old Cruise over a roaring plane engine and high winds.

“As you can see, we are filming the latest installment of Mission: Impossible.”

“Tom does everything at full speed all the time… and you can’t stop him. He’s going to do it no matter what,” joked producer Jerry Bruckheimer, who also returns from the first movie, at the CinemaCon event.

It combines adrenalin-packed action sequences largely shot on real US Navy fighter jets with emotional references to the original.

Bruckheimer said it had taken so long before making the follow-up because “all our careers kind of took off from that point” and Cruise “had a lot of stories he wanted to tell.”

Tony Scott, who directed the original, died in 2012, but new director Joseph Kosinski “came up with a way to make it that excited Tom.”

Kosinski said he had been inspired by stunning footage on YouTube recorded by US Navy pilots filming with GoPro cameras during their training.

“I showed that to Tom and I said ‘this is available on the internet for free — if we can’t beat this, there’s no point in making this film.’ So he agreed.”

With the assistance of Navy engineers, the filmmakers found ways to insert six cameras into the jet cockpits.

The blockbuster original was based on a real training program that was known as Topgun and based at San Diego’s former Naval Air Station Miramar.

Navy recruiting officials reportedly saw a dramatic uptick in inquiries from would-be flyboys following the film’s release, with military recruiters in some cities setting up tables outside cinemas.

Filmmakers “did not get a lot of support from the Navy” to make the original “Top Gun,” said Kosinski.

“This movie on the other hand, when we approached the Navy to make it, it was like throwing open the doors. You know, ‘come on in, tell us what you need.'”

The latest movie was granted access to the secretive Naval Air Weapons Station China Lake in the Mojave desert of California, said Kosinski.

It also features an appearance from Val Kilmer, whose career was effectively ended when he lost his voice during treatment for throat cancer.

“Val felt comfortable doing it. It was very emotional filming it,” recalled Bruckheimer.

“Tom actually said ‘I’m not making this movie unless Val is in it.'”