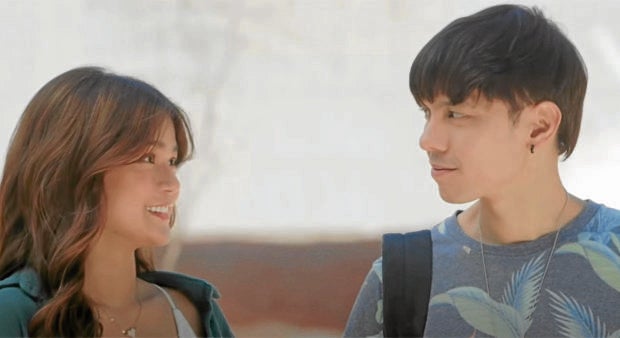 “It’s a process. It’s something that you don’t rush,” said actress Maris Racal, lead star of the latest ABS-CBN romantic-comedy series “How to Move On in 30 Days,” when asked how easy or difficult it was for her to recover from a heartbreak.

“I can’t say for how long, it will all depend on how intimate and serious the relationship was. There’s really no way to speed up the process. You really have to make time for it; and whether you will heal fast or longer than usual, you have to endure it, feel it, because that’s what’s going to make you who you are in the future,” she told reporters during a recent media gathering to promote the series, which also stars Carlo Aquino.

In May 2021, Maris publicly admitted to dating musician Rico Blanco. Prior to this, however, she was romantically linked to singer-actor Iñigo Pascual in 2019. Maris claimed that she and Iñigo “dated exclusively” for a while but have never “gone steady.”

“Thankfully, I have never had a hard time moving on ever since,” said Maris, but refusing to elaborate. “Isn’t it that, sometimes, when you feel that you’re already nearing the end of a relationship, you are slowly able to accept that this person is not meant for you? This is why when it was actually time to break up with the person, you’ve already come to terms with the situation. You cry for one to three days and then you’re OK.”

Meanwhile, costar Carlo was asked the same question about moving on. To this, he replied: “There’s really no timeline. The pain will disappear eventually. Sometimes, you don’t even notice that you’ve already moved on. I personally choose to always be happy—people close to me know that.” 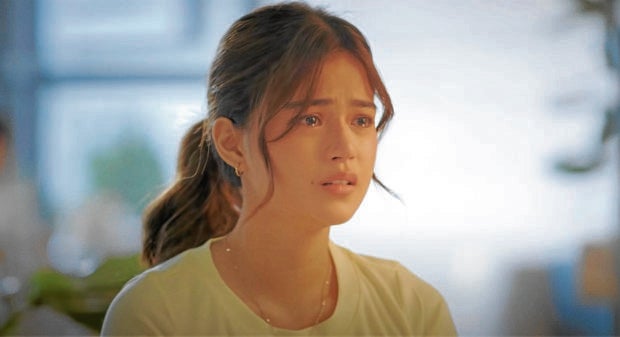 In the series, Racal plays Jen, who attempts to mend her broken heart with the help of an online app and a fake boyfriend named Franco (Carlo).

While other people might say moving on in 30 days is way too short, Maris said she found it too long. “So far, my moving on experience had been quick. It’s really because I already knew that it wasn’t going to work. I already realized that I look quite pitiful being in that particular situation, that I was no longer growing as a person. It’s easier to accept these things when you love and care for yourself, too. If your motivation is to regain your self-worth, then I think moving on is quite easy,” she explained.

Carlo said that while this doesn’t happen too quickly for him, he knows he has moved on “if I’m already open to meeting other girls, open to getting back into the dating game once again.”

In order to move on, Carlo said he would “spend time with friends, commune with nature by going to the beach or going mountain climbing. It also helps if you have friends who will willingly listen to your sob story. You will keep on telling your story until they grow tired of listening to it, until you grow tired of telling it, until you stop feeling the pain.” 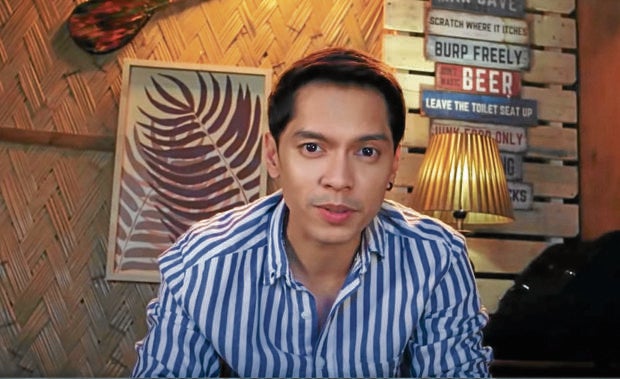 Maris said she agreed with Carlo about spending time with friends and going to the beach after a breakup. She would also try to hit the gym (“para magpa-sexy”) when her busy schedule permits. “Since I’m feeling an emotion that so intense, I also grab the opportunity to write songs–that’s actually my release. I listen to and write music. During the time I was in the process of healing my broken heart, I was always with Sue (Ramirez, a fellow Kapamilya artist). I told her everything—how it all began and how it ended. I kept telling her the story until I realized, ‘kawawa ka pala, Bes! How were you able to take all of that?’ That’s when I started feeling ashamed of how I treated myself. I finally opened my eyes to what really happened to me. I told myself that it’s finally time to regain my self-worth,” said the 24-year-old.

Maris added that she knew she had finally moved on when she found herself already spending time talking with another guy. “I suddenly realized that there’s already another guy who’s making me feel all giddy inside,” Maris shared with reporters, but not really saying whether she was referring to Rico. “In my mind, I’d say, ‘This is something else. I don’t think this is a joke. It’s something serious.’”

“How to Move On in 30 Days” is codirected by Benedict Mique and Roderick Lindayag. The series is a coproduction between YouTube and ABS-CBN. It has been streaming on the Kapamilya YouTube channel since April 4. INQ