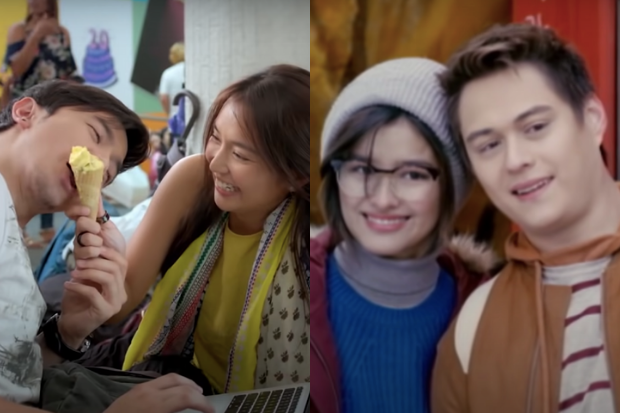 ABS-CBN’s Star Cinema films are about to be seen by Kapuso audiences soon as they will be aired on GMA Network starting April.

The partnership between the two rival networks was revealed via a trailer on GMA Network’s Facebook page yesterday, April 5.

Among the films that will air on GMA 7 are “Hello, Love, Goodbye” with Kathryn Bernardo and Alden Richards, “My Ex and Whys” starring Liza Soberano and Enrique Gil and “It Takes a Man and a Woman” featuring John Lloyd Cruz and Sarah Geronimo.

“Witness TV history in the making starting this April, only on GMA!” the network added.

GMA called the deal “historic,” noting that it is charting “new grounds for Philippine entertainment.”

The partnership between ABS-CBN and GMA comes about two years since the Kapamilya network went off-air following a cease-and-desist order by the National Telecommunications Commission in 2020. Its bid for a network franchise renewal was denied in Congress in May 2020.  /ra

TAGS: GMA Network, Hello Love Goodbye, It Takes A Man and a Woman, My Ex and Whys, Star Cinema