On filmmaking and political campaigns 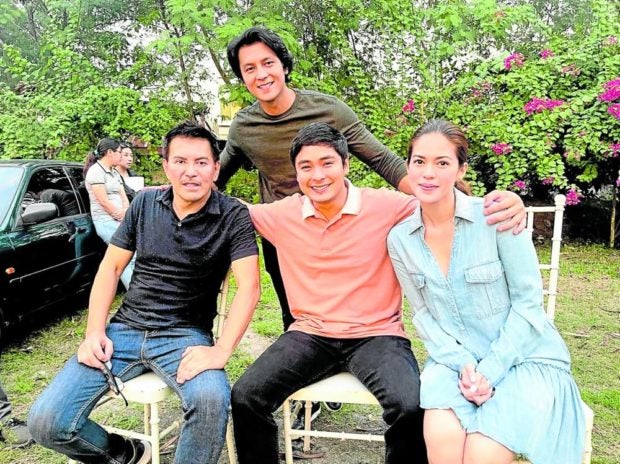 Creating a film is an endeavor that requires a lot of time, patience and cooperation among many people—not just for those in the industry, but also from other groups. In many ways, the coming elections and the campaign period accompanying it are similar to the process of filmmaking.

In the beginning, a director or writer comes up with a concept. He develops the storyline, the film’s different acts and the reason why it must be made. He needs to clarify his voice as an artist. Then, you will plan to shoot everything in the completed script with your team.

When you think about it, the script is like the promises of a politician. You promise to work hard and use different methods in order to fulfill the promises in the script, and the result must be felt by the people.

Some filmmakers or candidates are as good at communicating as they are at promoting themselves. Some are more effective as workers, while some are surrounded by top-caliber teams. Similar to politicians during campaign season, they promise so many things using many fascinating words.

In the Found school of filmmaking, we call this “hearsay”—there’s no solid proof that the candidate can do it, but we believe it because it’s delivered convincingly, or because our friends and families insist that he is credible.

Whether fact-based or hype, we see news on social media about him that assures us that he is indeed worthy of patronage.

Of course, there will be staunch critics, defenders and sycophants from both sides.

Politicians and elected leaders have their cabinet and staff, while a director works with cinematographers, production designers, creative consultants, scorers and actors. You also have investors, line producers, marketers and utility men to help you realize your vision. Depending on the project, you may also work alongside public and private offices. The combined efforts of these people are needed to complete a film.

Though each department contributes to the film, a director may favor one over another, whether it’s by actual importance or personal inclination, the same way an elected official will pour more of his budget for a pet project, like Education or Public Works.

In filmmaking, for example, a big chunk of the tight production budget goes to actors. They’re very important, yes, but we do not belittle the efforts of, say, members of the production design crew who lose a lot of sleep preparing for the shoot.

When we consider the merits of filmmaker or a leader, we check his track record. We look at his filmography, effectiveness and consistency. Luck is nice, of course, but we must not rely on it. Success doesn’t have to be 100 percent because it’s hard to achieve perfection, but there must be proof of decent performances and output.

Sometimes, like voters, the film’s audience is blinded by appearances and familiar personalities. They see the names of famous actors in the credits or in ads, and they automatically think that the film is beautiful, sight unseen.

For others, if an actress can cry at the flick of a finger, particularly in happily-ever-after stories, they think that’s the mark of excellence and cinematic beauty. Or a film could leave an indelible mark in history, but some people still cannot appreciate it because it isn’t well-promoted. It could also appear too calm and too intellectual for their liking, or it does not have enough romance or fight scenes.

Not everything that’s been promised or written will happen on the shoot or be reflected in the final product. If the leader or director isn’t as dedicated, or he does not share the same vision with the rest of the team, it will show. 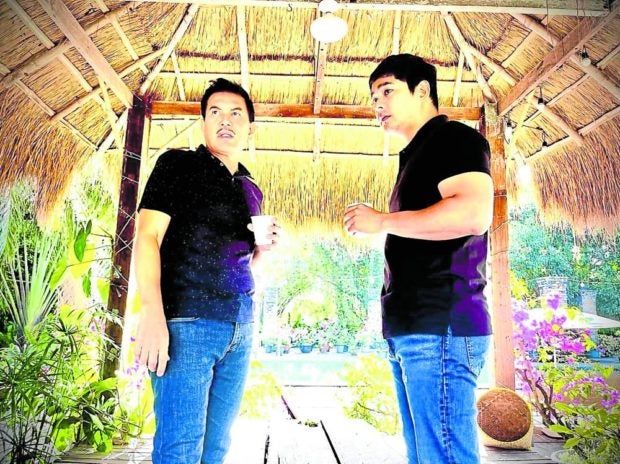 There could be disruptions in the location, weather or logistics. A team member may become ill, or the expected delivery isn’t met, or an equipment gets broken, or agencies may not cooperate or adhere to what’s agreed upon in the contract.

When we lead, we know that the best scripts, plans, efforts and talents can only accomplish so much, and it is only to be expected that factors will change the output.

During postproduction, sometimes you have to change the synopsis because several changes have since occurred and there are many other participants involved. A minor diversion in one scene can affect the entire story. The product has evolved, so it is no longer what was originally promised.

At the end of the day, as the leader or director, you’re the captain of the ship who’s accountable for the result, whether good or bad. You will get the credit or bulk of the criticism. If the camera work was bad, why did you allow it? If the editing is confusing, or the props do not fit the period, why did you allow it? If the dialogue is repetitive, why didn’t you delete what’s unnecessary?

Time will prove what we truly are. The sad fact is, it is only at the end of the show that we realize—though many of us don’t acknowledge, or refuse to—that we’ve failed in our expectations. Often, it takes time for us to see the result or and judge it fairly. So, by the time the realization hits you, it would have been too late to stop or undo what’s done.

In film as it is in politics, it’s the quality of work put in that decides the result, not just the words or concept. Let’s try to avoid getting carried away by hearsay, or be swayed from what is true. It is necessary to be vigilant, take the time to study.

Though we all err, it’s good to retain integrity. It is better to try uplifting ourselves and our community than to become overly attached to politicians and politics.

We must learn from our mistakes because, until we recognize our wrongs, history will repeat itself—and that will render all our past experiences, sacrifices and knowledge useless. We still have today and tomorrow [to do what’s right]. Let’s not waste it. INQ