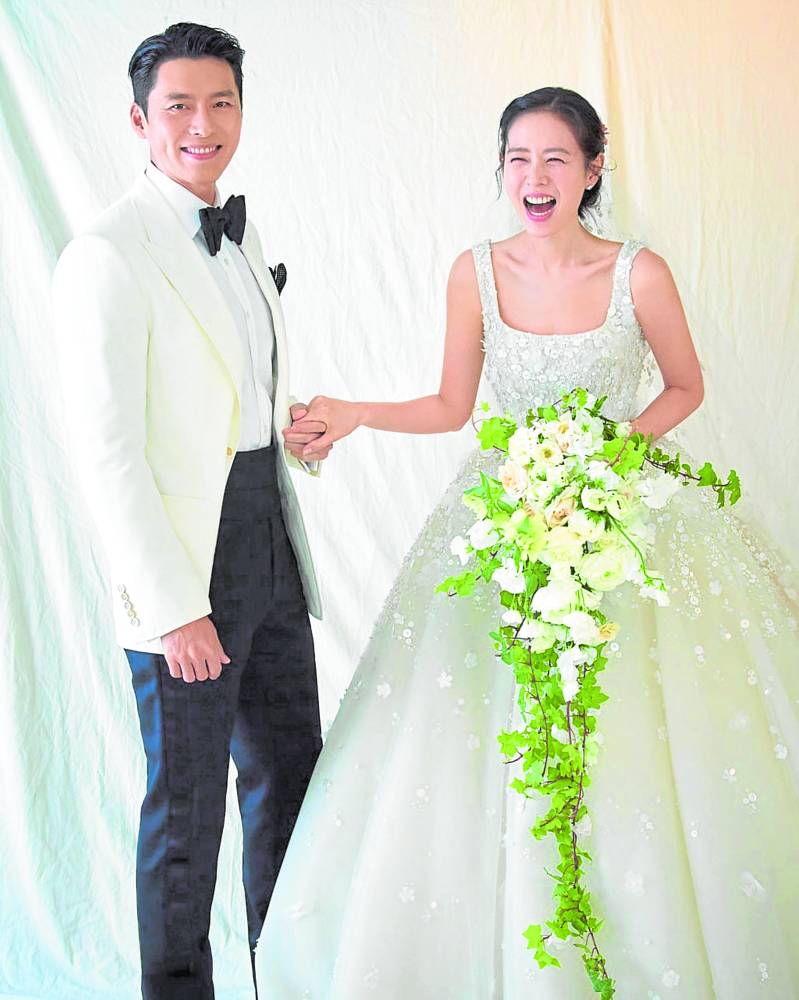 Filipino fans swooned as on-screen romance turned into real-life vows for the two lead actors of what was arguably the most popular Korean drama series to hit the country.

Offering a welcome break from the other “dramas” unfolding in the election campaign season, the wedding of “Crash Landing on You” (CLOY) stars Hyun Bin and Son Ye-jin, somehow doused the social media toxicity of the past few weeks.

Photos and videos of the radiant couple’s wedding ceremony were shared and reshared on Twitter, as netizens couldn’t contain their excitement at seeing the pair exchange vows. The hashtag #TheBinJinWedding trended on Twitter, garnering 107,000 tweets as of press time on Thursday.

“My CLOY heart” and the hashtag “#Episode17”—in reference to the couple’s wedding which did not happen at the finale of the original 16-episode series—dominated the feeds.

Even Sen. Risa Hontiveros joined the stream of online greetings.

“Congratulations & best wishes! Your happiness keeps Crash Landing on (us),” tweeted Hontiveros, who shared a CNN Philippines post on the nuptials.

Also tweeting his congratulations to the newlyweds was former Sen. JV Ejercito, who proudly declared: “I AM A CLOY FAN.”

On the eve of the ceremony, social media pages were already flooded with the official wedding portraits of Hyun and Son. Hyun Bin’s agency, VAST Entertainment, gave fans a first look at the couple via its Instagram page on Thursday, showing them holding hands in two different wedding outfits, under an archway of pink flowers.

“Actors Son Ye Jin and Hyun Bin are holding their wedding ceremony today, taking their first step as a married couple. The ceremony will be private in consideration of the situation with COVID-19, so we ask for your generous understanding. We are sharing the news with their wedding photos instead,” a VAST statement said.

The agency thanked fans for their love and support for the couple’s “new beginning,” and assured them that they will “continue to put in full effort to give back the love received.”

Hyun and Son’s private wedding was held at 4 p.m. (Korean time) at Grand Walkerhill Seoul in Gwangjin-gu, eastern Seoul. It was attended by the couple’s parents, relatives, and friends, including equally popular Korean stars, such as Gong Hyo Jin, the bride’s best friend, who caught her bouquet. —REPORTS FROM Christine O. Avendaño and Dana Cruz

Our face time with Hyun Bin, Son Ye-jin: ‘She has great qualities’