New films from the best and the brightest 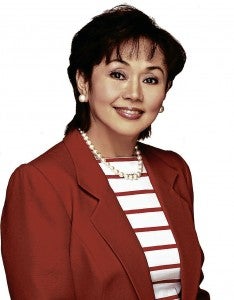 Vilma Santos and Nora Aunor, two of our best actresses, each has a movie coming up.

The local entertainment scene is rife with problems and dissension, so we welcome with particular alacrity and delight reports that two of our leading thespic lights, Nora Aunor and Vilma Santos, are unveiling new starrers this year.

Nora just finished shooting “Thy Womb” with Brilliante Mendoza, while Vilma is being directed by Chito Roño in a dramatic chiller. It’s encouraging to see that both senior actresses are being handled by estimable directors who can motivate them to come up with their best work.

True, Vilma’s starrer is “only” a horror-drama, but it could still end up as a should-see project, given the top-level talents involved in the production. Since Vilma makes only one movie every three years or so, however, we hope that her next big-screen outing will be in a truly challenging and memorable dramatic vehicle, the stuff of which “grand slam” acting awards are made.

For her part, Nora’s comeback bid is particularly promising, because its “ethnic” material is eminently suited to the actress’ unique physiognomy and performing ethos. Since her director enjoys an international cachet, it could also find an audience in other countries as well, and that’s all to the good.

The most important thing is that our two most iconic actresses are stepping out of retirement and adding significant productions to their already impressive filmographies. If our best thespians continue to be proactive and creative, the country’s desultory film scene will improve.

In this regard, we wish that our other outstanding senior stars will also make it a point to come out of retirement and make new movies this year, exceptional productions that will 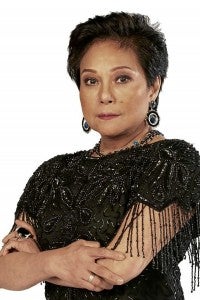 energize the local filmmaking scene, while reminding everyone of their underutilized talents.

If their vehicles are dramatically challenging, they can help bring excitement and dynamism to our once silver but not slivered screens, and teach our generally wan and clueless new stars acting lessons they will never forget.

While we’re at it, let’s also hope and pray that our best directors step out of semi-retirement to make movies that will further raise the level of excitement on local screens. Imagine a mini-festival of new works by Eddie Romero, Laurice Guillen, Marilou Diaz-Abaya, Mike de Leon, Mario O’Hara and younger but similarly gifted comers in the writing-directing field. What a sweet reiteration and vindication of great Filipino filmmaking prowess that would be!

That prospect need not be far-fetched, since the indie film movement has made it possible for our best artists to make their dream film without having to hock their souls. The key thing is for our best creative talents to produce memorable new works again—and the rest, and the best, will follow.