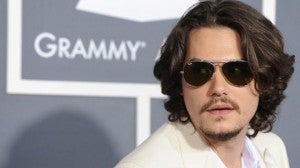 NEW YORK — Taylor Swift has never revealed her target in the scathing song “Dear John,” but John Mayer is pretty sure it was about him — and he doesn’t think that’s cool.

In a new Rolling Stone interview, Mayer called “Dear John” cheap songwriting and said it made him feel terrible — and he didn’t deserve it.

Swift’s song from the multiplatinum “Speak Now” album dresses down a former boyfriend. Swift has never confirmed that the pair dated and when asked pointedly refused to say that that song was about Mayer.

Mayer says he did nothing to deserve the song and says Swift — his former musical collaborator — kicked him when he was down.

Mayer’s “Born and Raised,” his first album in three years, debuted as the nation’s best-selling album.