Ara Mina willing to patch up with Cristine, but… | Inquirer Entertainment

Ara Mina willing to patch up with Cristine, but… 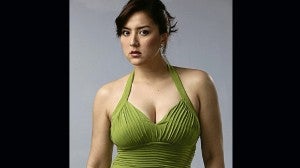 MANILA, Philippines — Actress Ara Mina said on Tuesday she would be willing to patch things up with sister Cristine Reyes even as the Quezon City prosecutors’ office continued to probe Ara Mina’s libel complaint against Reyes.

“For the best interest of our family, I am still open to reconciling should she heed my very simple request to do a public apology,” she said.

The complaint for libel and grave coercion stemmed from a dispute between the sisters over the remaining balance for a house they bought for their mother.

Ara Mina alleged that her younger sister (Cristine Pascual Klenk in real life) sent her text messages threatening to continue with her attacks if Ara Mina did not turn over her SUV as payment for her share of the balance.

In her reply on Tuesday, the older sister refuted Reyes’ claims that she did not try hard enough to mend fences.

Ara Mina said she made several efforts to reconcile even before the media learned of the siblings’ quarrel.

“All my efforts however were futile as she persistently bickered me for my alleged debt and made true her threats to ruin my reputation,” she added.

The actress also maintained that all elements of libel and grave coercion were present in Reyes’s alleged text messages to her.

Ara Mina claimed that her younger sister threatened to ruin her reputation and spread “defamatory and malicious lies” should Ara Mina refuse to give in.

She added that Reyes, in her counter-affidavit, did not deny sending such text messages to three other persons, nor did she deny ownership of the number, from which the messages were sent.

Araula set the next hearing on June 19 during which Reyes is expected to answer her sister’s affidavit.

Ara Mina said Reyes wished her a happy birthday through text but she did not reply.

When asked how she felt toward Cristine, she replied: “Disappointment. Awa (Pity). Kasi alam ko ‘di siya masaya (Because I know she’s not happy).”

She said her mom has not yet talked to Reyes.

“Di nawawala ‘yung pagmamahal ko sa kanya pero minsan, di lahat kukunsintihin (My love for her does not fade but I must not tolerate everything),” Ara Mina said. “This time, ipapakita ko talagang ate ako, na ‘di dapat ako ginaganun (This, I will show her that I am the elder sister, that she should not treat me that way).”

But she said she has already forgiven her younger sister even if Reyes has not yet apologized.

Ara Mina also clarified that money was not the root of the rift. Instead, she thought it all started when she sent a text message to her sister, asking her if they could talk since she has been hearing a lot of things.

“Tapos nag-freak out na siya. ‘Di niya na binabasa ‘yung BBM ko, binura niya na ‘ko sa BBM. Nung Holy Week, ‘di ko na sinagot. Parang ‘di ko kapatid ang nagtext sa ’kin (She freaked out.  She refused to read my BBM (Blackberry messages), she erased me from her BBM.  During the Holy Week, I stopped replying to her text messages.  It was as if the person texting me was not my sister).”