An invigorating joyride at the guitar fest 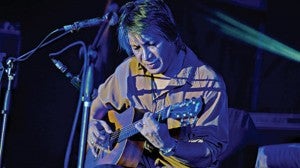 Friday night’s rush-hour traffic in Makati was horrendous. But we just had to grin and bear the inconvenience, for it would be a crime to miss the opening of the First Philippine Jazz and Blues Guitar Festival at the Sofitel Philippine Plaza hotel. (The second show was held on Saturday.)

By a stroke of luck we made it to Sofitel’s Sunset Pavilion in time to catch Turkish flamenco guitarist Batu Yilmaz’s set.

As with previous concerts mounted by the Philippine International Jazz fest group, this show had a relaxed and informal vibe. The audience was visibly caught up in the young Yilmaz’s soulful number. 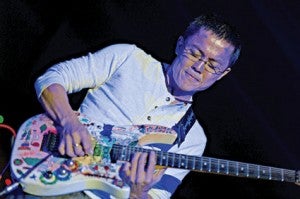 The succeeding performances made for an invigorating sound trip, showcasing a balanced mix of young and seasoned guitarists with a passion for jazz and blues.

Carlo David, son of world-class jazz vocalist Mon David, teamed up with Caren Mangaran (of the all-female band General Luna) on glam-rock numbers with traces of funk — a slight deviation from the event’s overall theme, but refreshing nonetheless.

They were later accompanied by Thelonius Monk Institute of Jazz awardee Chuck Stevens, whose guitar-playing style was reminiscent of the late great Wes Montgomery. Stevens was no stranger to PIJazzfest gigs, as he has played in a number of them. The group laid out some straight-up, easygoing jazz, with a dash of standard bop, characterized by improvisations. 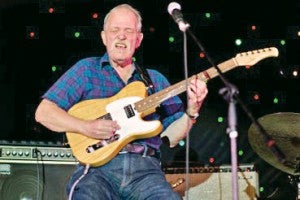 Noli Aurillo came next with a mind-blowing avant-garde number on his acoustic guitar, while Joey Puyat and his electric axe kept our head bobbing to a funky blues number accompanied by programmed rhythms on his iPod. It was one of the night’s most enjoyable performances.

The crowd had swelled by the time another Pinoy guitarist, Johnny Alegre, introduced the night’s main attraction, the John Abercrombie Organ Trio.

This was followed by a couple of blues-based tunes, “A Nice Idea” and “Nick of Time,” followed by “Ralph’s Piano Waltz,” in which the interplay was so spontaneous it felt like we were going on a joyride— with a sense of adventure as our only guide.

Abercrombie’s licks sounded sweet, its progressions devoid of rough edges even as they were obviously improvised. He didn’t use a guitar pick, relying instead on the instinctive feel of his thumb. 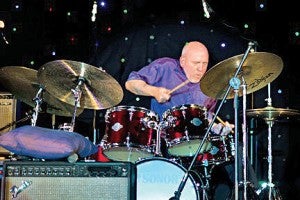 ADAM Nussbaum: Mighty force but pleasing to the ears

Nussbaum had the exceptional ability of pounding the skins with a mighty force but which didn’t assault the eardrums.

Versace was like a playful child, filling out spaces with jaunty notes that struck brilliant contrasts with Abercrombie’s melodies and Nussbaum’s rhythms.

For its encore, the trio played a loose and casual take on Irving Berlin’s “Cheek to Cheek.”

We could’ve danced to it, even if the rain kept pouring outside.