Diego Loyzaga on infidelity: ‘Cheating is a choice’ 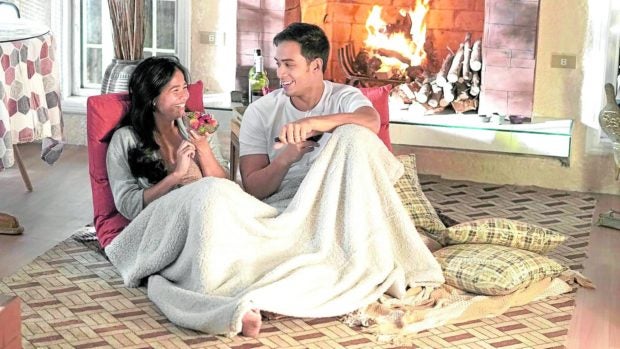 While he didn’t directly address his recent breakup with Barbie Imperial, Diego Loyzaga let on that he made new “discoveries” about himself during his vacation in the United States last December.

“What I have learned is that when you take time off for yourself, you get answers to questions that you don’t get from certain people or certain situations,” he said in a virtual conference for “The Wife,” his new romantic drama movie on the streaming platform Vivamax. “When you’re by yourself, you sometimes end up finding the answers.”

Diego wasn’t alone the entire time, he visited and hung out with some of his family and friends. But the experience, he said, was “therapeutic,” nonetheless. “I was traveling a lot. And it was so therapeutic, just driving on the road late at night, or flying from place to place,” he said.

He wouldn’t elaborate on what exactly his “new discoveries” were, but reiterated the importance of taking care of one’s mental health.

“I would like to keep what I have learned about myself to myself. But I can definitely say that: Take time off, if needed,” he said.

“If it’s for your mental health, it’s not something OA (overacting) … it’s not too much to ask. I believe everyone should be able to do that for themselves.”

“Being far away from my situation, seeing it in a different way, it gives so much more color to what’s happening and it’s nice. It’s good to have time to yourself. It was a busy year last year, so it was a nice holiday,” added the 26-year-old actor.

In “The Wife,” directed by Urian-winning director Denise O’Hara, Diego plays Cris, whose marriage with his caring, soft-spoken wife, Mara (Louise de los Reyes), turns sour, after he cheats on her with his fiery ex-girlfriend, Lee (Cara Gonzales).

Cris attempts to pick up the pieces in the aftermath but is then diagnosed with a terminal illness — compelling his betrayed wife to take care of him. Cris’s dying wish further tests Mara’s resolve.

Asked about his thoughts on infidelity, Diego said he doesn’t buy being “marupok” or “tukso” as justifiable reasons.

“Cheating is a choice,” he stressed. “If you cheat, it’s either there’s something you’re not sure about yourself. Perhaps you’re still not ready to settle down. Or maybe that’s your reaction to something your partner is doing. But that still doesn’t justify the act,” he said.

Personally, Diego said infidelity is something he can’t just gloss over. “It’s hard to look past something like that … Ang hirap na tanggapin nun,” he said.

But it all boils down to the couple and their situation, Diego added.

“Maybe it’s a case-to-case thing. It’s all up to the couple if they still want to fight for the relationship. It depends on how they deal with the problem … If they can look past that, then good. If not, then it is what it is,” he said. “That’s why the character Mara is one of a kind. She can look beyond what happened, and still take care of her husband.”

And if the offending party insists on mending a frayed relationship, then he or she must first show accountability. “You should acknowledge your wrongdoings and say something like, ‘Let me make this right. This is what I’m willing to do … For the rest of my life, I will prove it to you,’” he related.

“If you’re unsure of what you want, respect your partner and be honest. Take the time off to analyze what you did. Now, if you still see a future with that partner, you must work on seeking forgiveness and winning trust back,” he added.

Communication is another crucial part of the relationship. “You should both talk to each other in a way, where it’s made clear what you need to fix; what you need to stop or start doing. If you don’t, then the problem will just happen again, and you will eventually come to a point where you can’t make it work anymore,” he said.

If there’s one thing Diego learned about filming “The Wife,” it’s that the “time you have to love someone is never guaranteed.”

“Someone can get sick or leave your side. Nothing is assured. Tomorrow isn’t assured. The people you love, love them as much as you can,” he said.