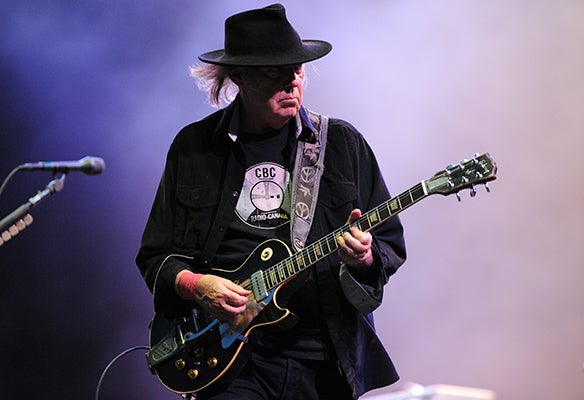 Neil Young released another statement against the streaming service Spotify, urging its workers and artists to ditch the platform and “find a better place.”

Young earlier pulled out his music from the platform as protest to its relationship with Joe Rogan, who Young called out for spreading misinformation about COVID-19 through his podcast.

Young is calling for a change as he encouraged the public to pull out their support on companies contributing to critical social problems, particularly misinformation and climate change. He talked about this in an open letter on his website Neil Young Archives yesterday, Feb. 7.

He also urged his fellow baby boomers to take the lead as they hold the majority of financial assets compared to millennials.

“Join me as I move my money away from damage causers or you will unintentionally be one of them. You have the power to change the world,” he said. “Your grandchildren will thank you in history.”

He then advised artists as well as Spotify employees to cut ties with the streaming company, stressing how they need to find a better place. He also spoke about how Daniel Ek, Spotify’s chief executive officer, is the root of the problem and not Rogan.

“To the musicians and creators in the world, I say this: You must be able to find a better place than SPOTIFY to be the home of your art,” Young stated.

“To the workers at SPOTIFY, I say Daniel Ek is your big problem – not Joe Rogan. Ek pulls the strings. Get out of that place before it eats up your soul. The only goals stated by Ek are about numbers — not art, not creativity,” he added. “Look, one last time — at the statements Ek has made. Then be free and take the good path.”

Other musicians who removed their music on Spotify following the Rogan issue were Joni Mitchell, Graham Nash and India Arie. Some artists, meanwhile, said that they couldn’t afford to leave the world’s largest music streamer, citing how Spotify gives them the opportunity to reach a large audience and get paid for streams of their music.

Ek recently addressed Rogan’s racial slurs appearing in a montage video, where he can be seen repeatedly using the N-word. According to Ek, he “strongly” condemns the statements made by the podcaster but he will not be removing him from the platform. JB