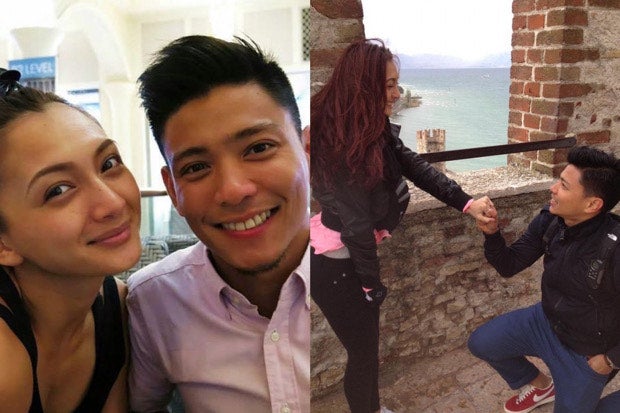 Iya Villania recounted the day her husband Drew Arellano proposed to her as they marked their eighth anniversary as a married couple.

Villania looked back on the day Arellano popped the question, while admitting that she already anticipated the proposal, as per her Instagram page today, Jan. 31. Her anniversary address to Arellano came with a photo of him on one knee and a video of them crying while hugging.

“Took awhile for it to sink in when you finally proposed (even if I was waiting in anticipation during the trip!) But I think now, with [three] kids in and another on the way, it couldn’t be more real,” she said. “What a life I have with you, love [Drew Arellano].”

Villania then gave a back story on how the proposal happened and how Arellano had a hard time surprising her because she kept on asking him about it.

“He was supposed to propose to me on the dock in the background (right where my nose is), but it was so cold I didn’t want to go there so instead, he proposed to me in the castle that no one else really wanted to go to but me. Also, he was struggling trying to keep it a surprise from me [because] I kept on asking where he’d propose!” she narrated.

Arellano, for his part, greeted Villania on his Instagram page also today, while showing a photo of them together.

Villania and Arellano tied the knot in 2014, after 10 years of being together. They wed in a private ceremony in Nasugbu, Batangas. JB