Being his own concert producer ‘a liberating experience’ for Alden Richards 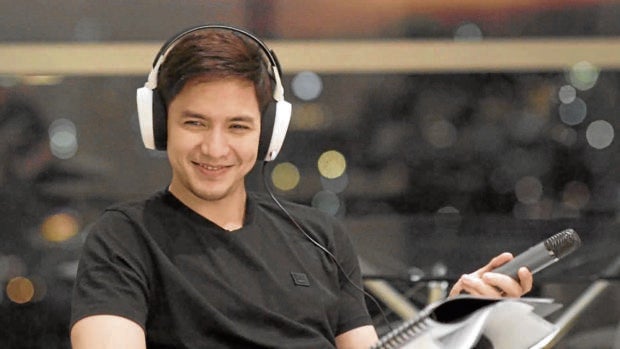 While producing his own concert came with pressure and bigger responsibilities, Alden Richards also found the whole process fulfilling and “liberating.”

“Iba ‘yung bigat kapag ikaw ang producer ng sarili mong project. In my past shows, I was just a performer; my network GMA 7 took care of production. But now that I had the opportunity to put up my own show, I can say that it’s a different experience,” he said in the second virtual conference for his upcoming digital concert, “ForwARd: Meet Richard R. Faulkerson Jr.”

This time, the 30-year-old star wasn’t concerned only about what he needed to do in front of the cameras. “I was involved from top to bottom—the performances, the content, the requirements and especially all the technical stuff. I had to check the venue and take care of the finances,” he said. “But being a producer was a liberating experience.”

Fortunately, he had great people behind him, including director Frank Mamaril, his GMA 7 family and his team at his charity group, AR Foundation, which will be the beneficiary of his concert.

“If you have good people supporting you, then you can never go wrong. These people want to see me fly and I feel so blessed to have them in my circle. This is a collective victory for us,” he said. 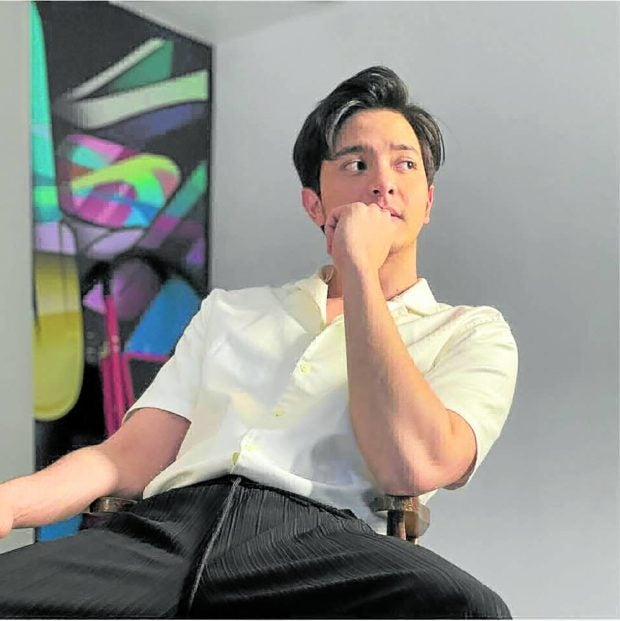 “ForwARd,” which premieres tomorrow (visit www.ticket2me.net or AR Foundation’s Facebook page), is a documentary-style show, will feature the scholars he has been sending to school through his organization. “I’m giving double the effort since all of the ticket sales will go to the charity, so we can have more scholars.”

Alden admitted that his studies were something he took for granted when he was younger. That’s why he wants to help give children access to education. “It’s the only thing I can give that can’t be taken away from them,” he said, adding that the AR Foundation plans to go beyond providing scholarships in the future. “There will be more projects in the future.”

Aside from his foundation, “ForwARd” will also have Alden opening up about his childhood, his dreams and struggles and his “lost years,” before hitting it big in show biz.

“My concerts before were mostly about Alden and what he has achieved in his career. Richard Faulkerson Jr. (his real name) was shown only in passing. I have shared before my experiences, but not as in depth as I did here … In this concert, the viewers will see who I really am and how I started,” he said.

One of his life’s turning points was his mother’s death 13 years ago. “Richard was lost before all the good things that happened to him. He didn’t know what to do with his life. The awakening happened when my mom passed away. That’s when I realized that my family needs me, that I had to step up and help them,” he said.

Alden spent the holiday season in the United States with some of his relatives. And that three weeks, he said, reinvigorated him and gave him some sense of normalcy.

“This pandemic is worldwide, but in the US, things seem more normal, with people being required to wear masks only at indoor places. My life was very simple there. I was just a normal person. I was recognized only a few times in public. I wasn’t an actor there, but a tourist,” he related.

And so he returned to the Philippines more eager to keep on acting and pursuing his other endeavors. “I’m planning to expand my food ventures. I want to focus on my investments, and not let the pandemic put my plans on hold any longer, because we have already lost two years,” he pointed out.

He’s not asking for anything more about his personal life—that will come at the right time. Alden just wants to keep on taking on more meaningful projects, so he could continue sharing his blessings with others. “Now my life is dedicated to my work and to the people I’m helping out,” he said.

“I’m a passionate person who always dreams. And that’s what drives me … dreams. Purpose is very important in all the projects I do,” he said. “That will make my stay in the industry fruitful.”