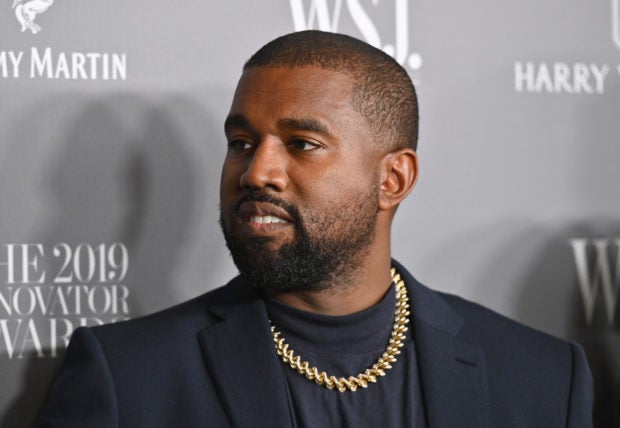 A new Kanye West documentary featuring candid moments from his early life premiered at the Sundance film festival Sunday, just days after the rapper demanded that Netflix allow him to re-edit the final cut.

The first part of “jeen-yuhs: A Kanye Trilogy” streamed at Sundance, taking place online due to the pandemic, and focuses on his initial frustrated efforts to transition from hotshot young producer to rapper.

It also shows West awkwardly removing his retainers when on camera, growing angry at being dismissed because he “grew up in the suburbs,” and sharing tender moments with his late mother Donda.

In an Instagram post Friday, West, now known as Ye, wrote that he “must get final edit and approval on this doc before it releases on Netflix,” where it launches Feb. 16.

“Open the edit room immediately so I can be in charge of my own image,” he wrote, in a post liked 1.5 million times.

Netflix did not respond to AFP’s request for comment on West’s demand.

In the film’s opening scene, West is shown in 2020 on the phone asking for the contracts to sign off the documentary, suggesting he may have later reconsidered his approval.

The project began with filmmaker Clarence “Coodie” Simmons, who started following his friend West with a camera in Chicago in 2001, curious to see how far the ambitious young rap producer could go.

Simmons would amass some 320 hours of footage over the span of two decades.

In a virtual panel following the screening, Simmons said West had “let us do our thing,” but that he had also tried to reassure the musician about the final film.

“When I met with Kanye I asked him, ‘you got to trust me bro, like you trusted me all these years with all this footage and just to film you.”

The first feature-length episode recounts Simmons’ first meeting with West at a Chicago party in 1998, and his decision to document West’s career after the then-producer lands a breakthrough contribution on Jay-Z’s “Izzo (H.O.V.A.).”

West moved to New York in a bid to get signed by Jay-Z’s Roc-A-Fella label, but struggled to convince bosses that a producer who lacked the “hardcore” background of many rappers at the time could sell records.

“You gonna hold that against me because I never killed nobody?” he asks a music journalist as he drives around New York at night.

In one scene, West and the camera arrive unannounced at the label’s offices, where he raps “All Falls Down” to bemused workers at their desks, and a receptionist mishears his name as “Cayenne.”

While brimming with his trademark self-confidence, a young West also says that he finds making the documentary “a little narcissistic.”

Simmons and co-director Chike Ozah have directed multiple films together before “jeen-yuhs,” while keeping the footage of West ready to go.

“In 2006 we was offered a deal to do it and Kanye wasn’t ready,” said Simmons. “He didn’t want the world to see what he had to go through.” JB