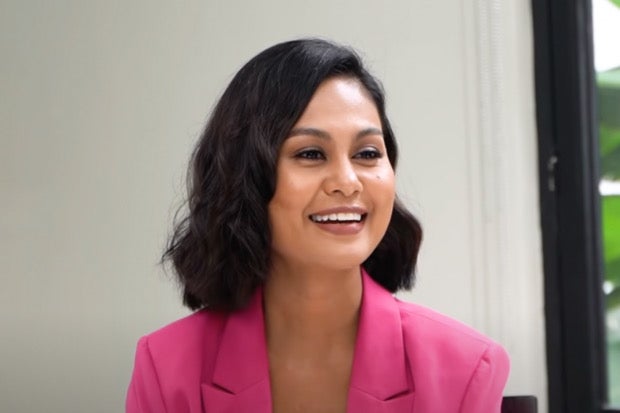 Miss Universe Philippines 2010 Venus Raj looked back on her past and disclosed having dated a 28-year-old man when she was only 16.

Raj opened up on how she filled the void of never meeting her real father by having a relationship with a man much older than her age. This she shared in an interview with actress Toni Gonzaga, as seen on the latter’s YouTube channel today, Jan. 23.

“The very first one, I was 16, the guy was, like, 28,” she said. “Wala pa kong kaalam-alam sa buhay noon, Toni. Para lang akong sunod lang, kung ano lang sasabihin. You know, masabi lang na you are in a relationship.”

(I know nothing about life then, Toni. I just followed what I was told. You know, just so you can say you’re in a relationship.)

The beauty queen talked about how clueless she was in their relationship, adding how she didn’t know then what a toxic relationship meant. Raj then revealed having her first sexual experience with the guy, who she eventually broke up with after he got another woman pregnant.

(I was introduced to things I shouldn’t be introduced — first sexual experience. And I thought, maybe this is just how it is. Maybe this is love because that’s how it’s usually done, you should give everything to that person.)

Raj spoke about the realizations she had after the relationship, as she recalled how she acknowledged the void within her.

“Now I can name that as a void when I was younger, but nung nandoon ako, hindi ko naman alam na it was called a void, na may kulang,” she added. “Parang pakiramdam ko lang, gusto kong may kasama ako sa buhay.”

(Now I can name that as a void when I was younger, but when I was at that point, I didn’t know it was called a void, that there’s something lacking. I just felt like I wanted to be with someone.)

Raj finished as 4th runner-up in the Miss Universe pageant in 2010. After the contest, she continued her studies and eventually earned a master’s degree in Community Development in the University of the Philippines in Diliman. More recently, she graduated from the Oxford Centre for Christian Apologetics (OCCA) in the United Kingdom. JB

Miss Universe 2021 Harnaaz Sandhu: 10 things we know about this woman of wisdom