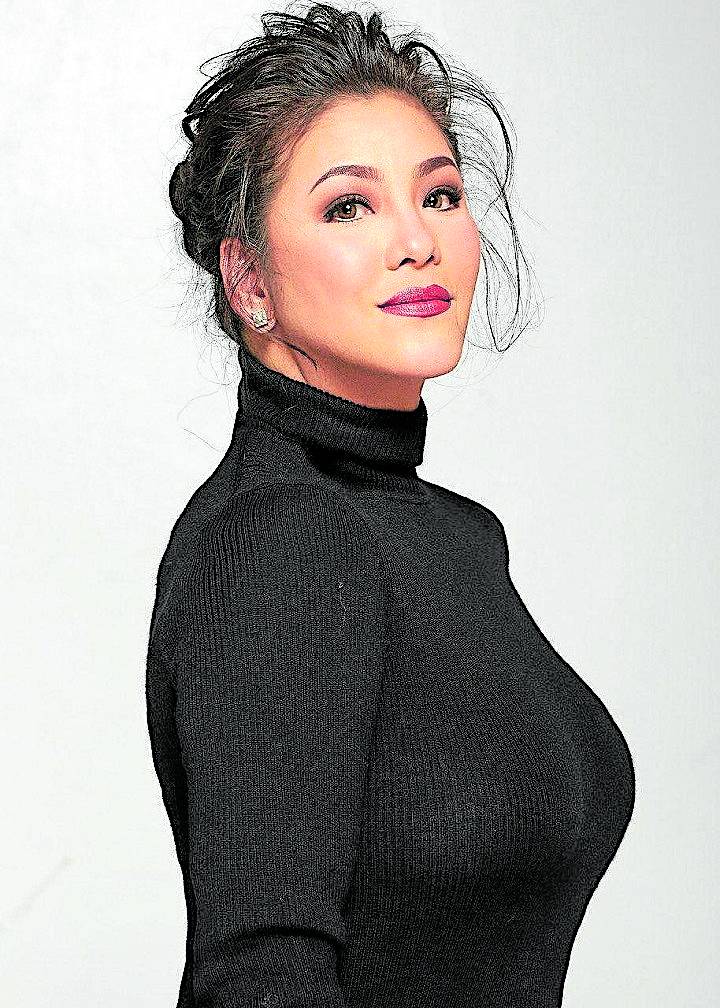 Before the show biz circus goes into full swing this 2022, let’s look back at some celebrity quotes that I gathered in 2021. Bravo to the stars who braved the pandemic just to keep us entertained. As every actor’s mantra goes, “The show must go on.” So, despite the hassle of lock-in tapings and swab tests, they were nevertheless ready for their closeups.

May the pandemic’s “grand finale” be 2022’s main attraction.

Vilma Santos: One advantage of YouTube over TV is that it makes video-sharing so easy. No piracy issues. But I do not think traditional TV will ever lose its luster. Because of COVID-19 restrictions, the programming of TV networks sometimes gets interrupted. However, I am optimistic that science will continue to help us get back to what we used to do, with less fear and better defense.

Andrea Torres: I am always 100 percent invested in my relationships. I will fight for it with all I have because I don’t like having “what ifs” in life. So, it takes a lot for me to decide to walk away. If we end up parting ways, I know I already did everything.

James Yap: I’ve been quiet about the issue that my son Bimby is supposedly gay. I was with Bimby till he turned 7, that’s why I know for sure he’s a real boy. A parent’s gut feel is always right.

Regine Velasquez: After all these years, I still want to surprise my audience. I would rather not sing my old songs which I have not sang in ages. Not because ‘di ko kaya, but if I second-guess myself, I’m bound to make mistakes. As much as possible, I don’t want to sing “What Kind of Fool Am I” and “I Don’t Wanna Miss a Thing.” Next request, please. 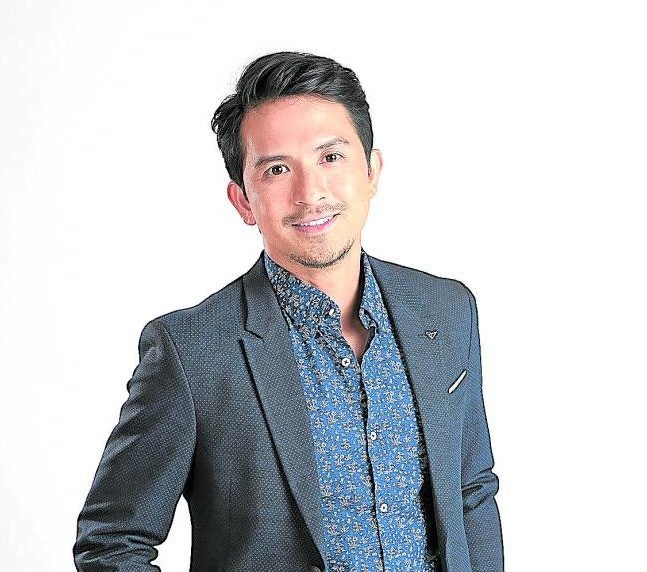 Dennis Trillo: Awards and box-office success don’t matter to me. What’s important is knowing that my performance moved the audience. That they learned something or were inspired by it.

Lovi Poe: Stepping out of my dad’s shadow was tough. If I tried to fill his shoes, I won’t get anywhere. I had to free myself from the thought of my father being the great “Action King” to be able to pursue my own path.

Ara Mina: Nobody can be sikat forever. Time will come when you have to pass the torch. Some stars get depressed and ask, “Sikat pa ba ako?” It’s a matter of acceptance and leaving your mark. There’s life after show biz, anyway.

Rabiya Matteo: I want somebody who is family-oriented because I was raised by a single mom. It’s been my frustration to have a complete family. So, I want somebody who’s not just a perfect partner, but also capable of being a good father.

Jerald Napoles: I appreciate accolades, but I don’t let it go to my head. Kasi ‘pag feeling mo sobrang galing mo na and refuse to learn, that’s the end of your career.

Jasmine Curtis-Smith: My advice to girls who have boyfriends that their family disapproves of is to know till when you have to put up the so-called “fight.” But true love should never get in the way of you, your future and your family.

Baron Geisler: As a recovering alcoholic, it’s challenging because I’m powerless over a lot of things. I just have to work at it one day at a time, embracing God’s grace, and focusing my eyes on His plan. His will, not mine. I’m tired of saying sorry and of being tired, that’s why I humbly sought the help of professionals. 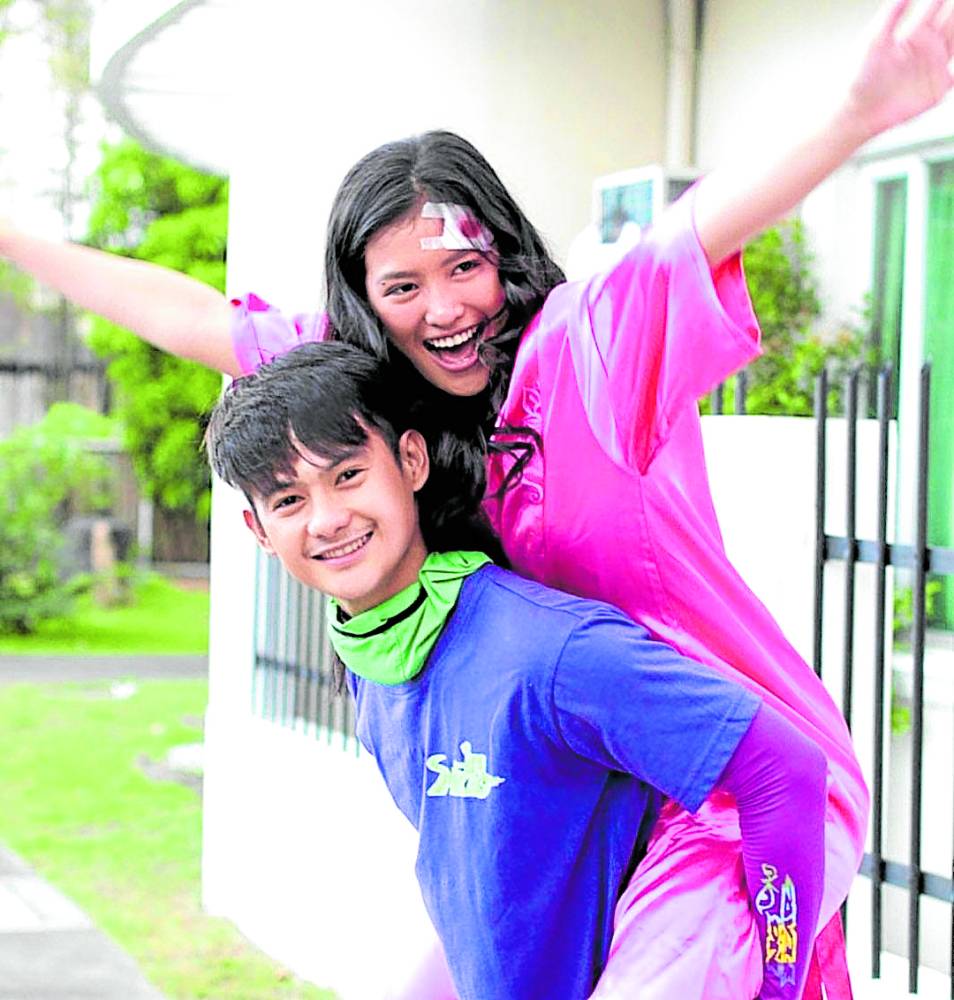 Vince and Christine in sexy action-thriller

What happens when a rider who’s booked for a delivery gets hooked on one of his customers? That is what the sexy action-thriller “Siklo” (now streaming on Vivamax) is all about. It is topbilled by Christine Bermas and Vince Rillon, and directed by Roman Perez.

The forbidden love story of a corrupt pastor’s mistress and a rider has many twists and turns. So hold on to your seats as you join the wild ride. Vroom vroom vavavoom!

C: I drowned in 2018, so I have phobia of water. But I had to conquer my fear when Vince and I shot our love scene in the waterfalls.

V: What a privilege it is to have Direk Brillante Ma Mendoza as my mentor when I started out in indie films. He taught me the immersion method.

R: I feel pressured to outdo myself in every project. But I don’t let my ego overpower me. Even if my movie doesn’t become No. 1 on Vivamax, what matters is that it leaves a mark.

C: I am flattered that Direk Roman says that I remind him of Ms Lorna Tolentino during her younger years. It’s always been my dream to join show biz. I have come a long, hard way from being a vendor and a housemaid.

V: It’s my first time to have two leading ladies. I’m used to focusing on just one. In our movie, I had to learn to balance my acting with both of them.

R: People compare the texture of my films to the works of one of my idols, Celso Ad Castilo. I’m not into rom-com and pa-tweetums movies. I don’t like sugarcoating my work. I prefer to keep it real and a bit dark. Life is not always like Disneyland, after all.

Read Next
LITZ: New girl group gearing up to go global
EDITORS' PICK
Acer starts the year off strong with the Aspire Vero National Geographic Edition
Gear up and get ready to play with Yamaha Mio Gear
PH to import 60,000 tons of fish to cover shortage
Workers are exempted from ‘no vax, no ride’ policy – DOLE chief
Over 3 Million worth of prizes to be won at Smart Padala’s SENDali Manalo Promo!
#VotePH2022: COVID, power woes loom as poll concerns
MOST READ
Guevarra to Acosta: Obey rules on unvaccinated
Emma Stone calls Andrew Garfield a ‘jerk’ after he ‘lied’ about his ‘Spider-Man: No Way Home’ appearance
Cold-case investigation names surprise suspect in Anne Frank’s betrayal
Czech anti-vax singer dies after deliberate infection
Don't miss out on the latest news and information.