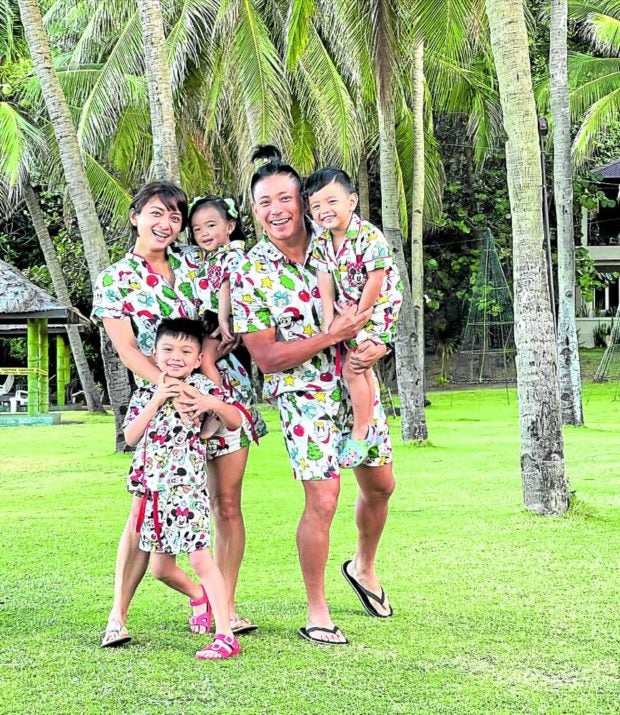 After giving birth to her third child, Alana, last year, Iya Villania thought that she was done having babies.

As it turned out, it was just a case of “maling akala.” “I thought that Alana would be my last. But if there’s one thing I have learned, it’s that maling akala always gets us,” she said in a recent Zoom conference for the third season of the GMA 7 cooking show “Eat Well, Live Well. Stay Well.”

Iya and her husband, Drew Arellano, have two older sons Primo, 5, and Leon, 3. “Watching our three kids play together, we couldn’t help but feel that it would be more fun to have another one. Ayan, I got pregnant,” the 35-year-old television host said, laughing.

She’s currently four months into her pregnancy, but managed to hide it despite the fact that she hosts other shows like the lifestyle magazine program “Mars Pa More” and the daily evening newscast “24 Oras.” “That’s the thing about working from home,” she pointed out.

While her previous pregnancies were pretty smooth-sailing, this one, Iya observed, is shaping up to be “struggle city.” “I feel like it gets more difficult with age. This is definitely the hardest of the four,” related Iya, who also revealed the news on her YouTube vlog, which features Primo revealing to his unsuspecting father that another baby is on the way.

Like most pregnant women, Iya also gets finicky when it comes to food. “I find myself not liking my otherwise favorite meals. I love curries and dishes with coconut milk. But now, I don’t look for them …,” said Iya, who has also been dealing with morning sickness—or “whole-day sickness,” rather. “I keep track of what I eat. I try to eat healthy and not indulge in things that make me feel bloated, like bread!”

Asked if she and Drew plan to have a fifth baby, Iya said she’s not about to speak too soon. “It’s hard to say when you’re done. So who am I to say that this is going to be the last?” she said. “It could be. But let’s see!”

The family celebrated New Year’s Day in Bataan. “We brought our own fireworks this time around because we realized that it’s sad without a little light display. We also stayed on a beach and caught the last sunset of 2021,” she said.

Because of the pandemic, they still steered clear of big gatherings. Instead, they compensated with special dishes to keep the mood festive. “We want to make the celebration special even if we’re just at home,” she said.

And hosting “Eat Well” definitely helps in that regard. “The great thing about doing a cooking show is that you will never run out of ideas,” said Iya, who hosts the show with celebrity chef Jose Sarasola every Friday morning.

A production between GMA 7 and Ajinomoto Philippines, “Eat Well” features “delicious, nutritious and budget-friendly dishes” for parents, especially those who are still feeling their way around a kitchen.

“At first, the challenge for me was learning the basics. But after doing several hours and episodes with people who really know how to cook, I have gained more confidence with my cooking. I’m no longer too reliant on recipes. I now have the courage to try new things on my own,” she said.

“I now love being in the kitchen, because every moment spent there is a moment to gain knowledge,” said Iya, who makes sure that her family’s meals are as healthy as they are tasty.

“People underestimate eating well. It can be healing when you’re mindful of the food you’re eating and you prepare it. When you put nutritious food into your body, you can live well. But you have to be consistent. It’s not something you just do to start the year. You have to keep the lifestyle to stay well.”