Scene from “Love at First Stream”

“All is well,” said “Love at First Stream” director Cathy Garcia-Molina when asked to explain why Kapamilya artist Rhys Miguel was replaced by Jeremiah Lisbo as one of the lead stars of the latest youth-oriented film.

“There were personal matters that Rhys needed to attend to. He chose to leave the project. It was his decision and we respected it. That’s the only thing I can say—basta maayos naman ang lahat,” the director pointed out.

“Love at First Stream,” which also features Kaori Oinuma, Daniella Stranner and Anthony Jennings, is an official entry to the 2021 Metro Manila Film Festival (MMFF), which began on Christmas Day.

Asked to react to being called Rhys’ replacement, Jeremiah said: “I’m just thankful that our bosses saw potential in me. I didn’t undergo auditions, but was handpicked for it. I don’t mind being the second choice. While I don’t have the right to be picky with projects, I admit that I immediately liked the script when I first read it,” Jeremiah explained.

In a nutshell, Cathy said “Love at First Stream” is her “love letter to generations. This movie, as much as it is very current, it’s not only meant for the teens but also for parents like me. This project is something that’s very close to my heart. There are things that I don’t understand about the youth of today. I wanted to learn about them through this film.”

She further explained: “I’d like to think that I succeeded. I learned a lot while making this film in terms of understanding my children. I don’t want parents fighting with their kids. I want them to understand each other. Hopefully, this movie will be able to give that to viewers,” the director said.

Meanwhile, Daniella said the most memorable moments for her were those that happened in between takes and in their standby area. “Being on the set is fun. We’re not stressed at all. We just wait for Direk Cathy to finish revising the script, which was always last-minute,” she recalled. “We would just play on the set when not shooting, and when Direk joins us, we would just laugh nonstop.” 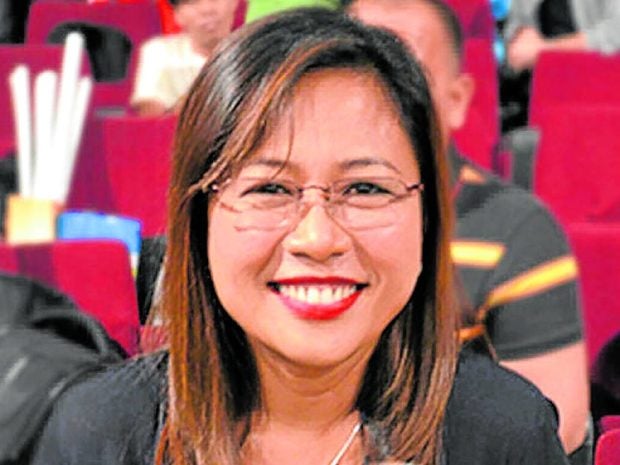 For Anthony, working alongside comedian Yubs Azarcon, who plays his father in the film, is definitely memorable. “It’s just too bad that I can’t share his jokes with you, but believe me when I say we almost peed in our pants while laughing. He is really something. Watch out for him here,” added Anthony.

Kaori said she also enjoyed each day she spent working on the set because of her director. “I realized that Direk Cathy is a one-woman team. She sometimes acts as first AD (assistant director), sometimes, as makeup artist. If she doesn’t like how our hair is done, she’ll comb it herself. She’s like a mom to all of us,” the actress recalled.

What was memorable for Jeremiah was witnessing how Cathy motivated her actors to be able to draw out the right emotion she wanted for a particular scene. “It was amazing to see those moments. When I’m not included in the scene, I stick around to observe her. I really maximized my time on Direk Cathy’s set, that’s why I learned a lot from her. I realized that she’s the type of director who will not give up until she is able to bring out the best performance from her actors,” Jeremiah said.

Cathy said “Love at First Stream” is memorable to her because it’s her first MMFF entry in her 30-year filmmaking career. “I honestly don’t know what to expect. The setup for MMFF this year is different compared to the previous ones because of the pandemic. I’m looking forward to participating in the first fluvial parade. It’s a good thing I know how to swim,” she said, laughing.

“I have been telling our bosses that I want an MMFF movie because I wanted to experience the fun in the fact that only Filipino films will be screened all over the country during the festival run; that families and big groups of people will be going to the cinemas to watch,” she pointed out. “I’m looking forward to this. When I accepted this project, I didn’t know that it was for the MMFF. When I learned about it, I felt pressured and tense.”