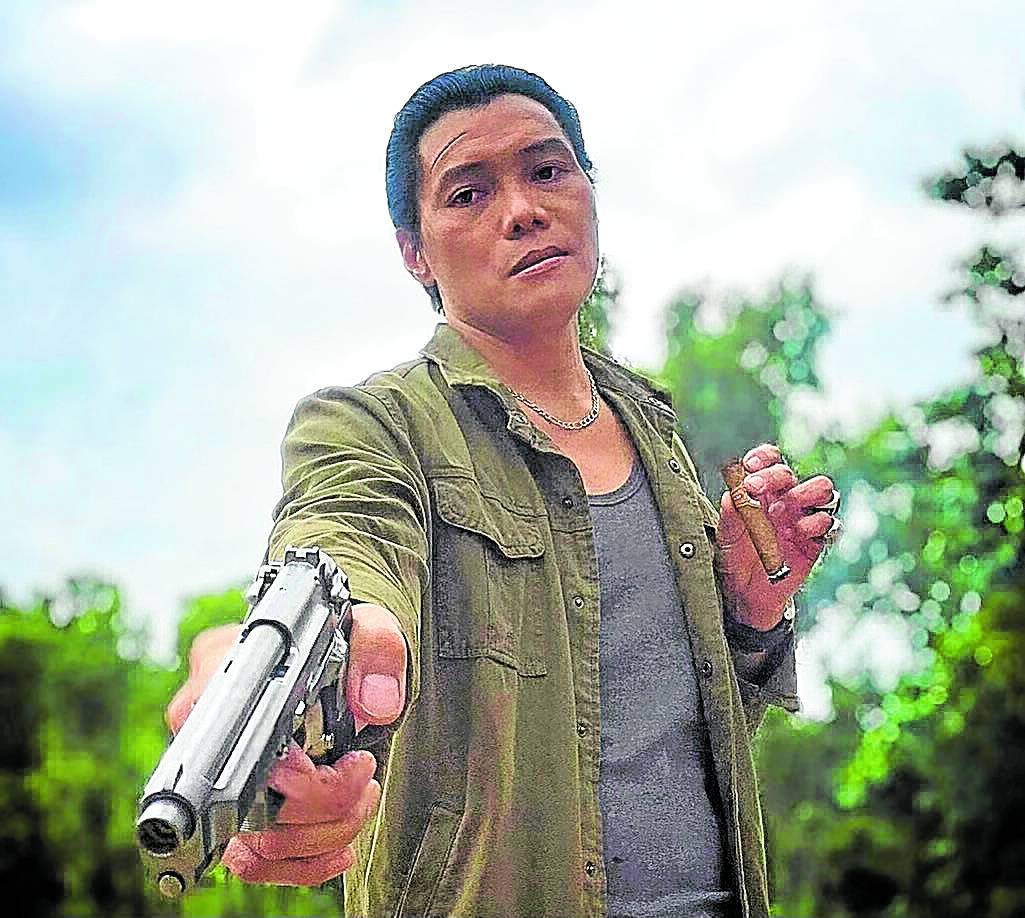 Mon Confiado as Sonny in “Arisaka”

Killing people is just a job to him; it’s nothing personal,” said actor Mon Confiado when asked to describe Sonny, his character in the Mikhail Red revenge-themed action-thriller “Arisaka.”

However, when it came to portraying Sonny, Mon said he really took it to heart. “You will notice that I shaved the hair on my forehead to change my hairline. Also, I’m not a smoker, but for this project I had to learn how to smoke cigars,” Mon pointed out.

Mon also took pains to study his script, he added. “When I read it for the first time, I immediately noticed that Sonny, a gun-for-hire, often speaks poetically. That was what amazed me about him. Throughout the film he would tell stories about his family, particularly his father and how the latter successfully killed all the rats that damaged their rice fields,” he explained. “I easily learned what beat Direk Mik was in while filming. I knew early on that I would need to dance to that beat. I also had to find a way how to deliver my poetic lines naturally, like in a conversational manner. That was what challenged me the most about playing Sonny.”

In “Arisaka,” a routine prisoner transport turns into a deadly game of cat-and-mouse between Mariano (Maja Salvador), a policewoman, and her crooked cohorts (led by Mon). In order to escape her captors, Mariano has to retrace the route of the Bataan Death March, which caused the death of 30,000 Filipinos during World War II. 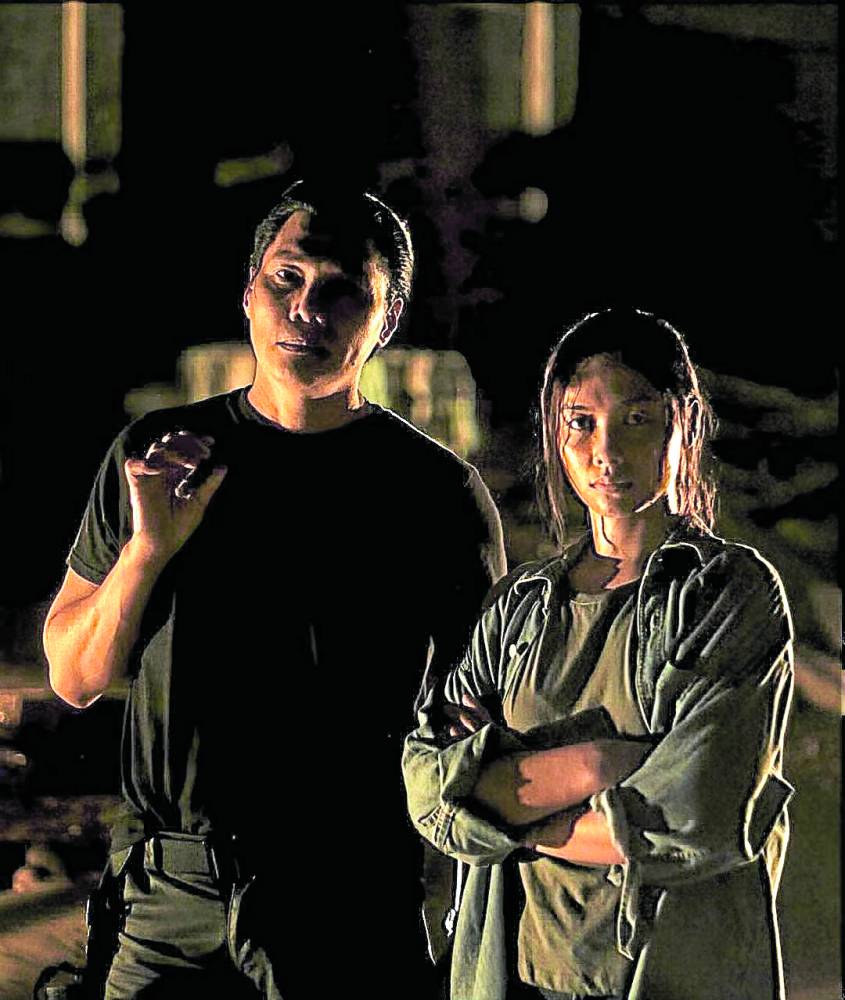 Arisaka is the name of the Japanese military bolt-action service rifle.

“The story of how Sonny’s father killed all the rats in their village is connected to Mariano. This means he looks at Mariano as a pest that needs to be eliminated,” explained Mon. “I guess you can say he is pure evil. He is a cop who is supposed to protect people but instead, he kills those who don’t serve the best interest of his bosses. For him, killing a colleague like Mariano is merely part of the job,” Mon pointed out.

Mon, who assumed numerous kontrabida roles in the past, said he opted for a “gentle attack” when it came to playing Sonny. He explained: “Nasa loob lang ang gigil n’ya. He understands that he has to find Mariano at all cost. Otherwise, he and his men will get in trouble with the person who hired them to do the ambush. I experimented on a lot of things for this character to make sure he is different from Emilio Aguinaldo, for example.”

Filming while strictly following health and safety protocols had also been tough, said Mon. Holding up against three typhoons while shooting was a challenge, too. “Our schedule got delayed because of that. Direk had to remedy the situation. We made use of actual rain for some of the scenes where you thought we were using rain effect. The thunder and lightning in the film were real, too,” he recalled. “Throughout this, we also had to travel to different locations in order for Direk Mik to achieve the right look of the set location that he had envisioned.”

“Arisaka” has been streaming in all of Asia via Netflix since Dec. 9.