In the spirit of Christmas, let me play Santa by coming up with a list of presents that I wish I could give to some of my celebrity friends.

May you tick off everything on your “ChristMust” list. Not just the things that money can buy, but also what money cannot buy. Don’t let the big C (COVID-19) make you lose sight of the biggest C (Christ) of all, especially now that it’s His birthday. Turn “ChristMask” into “ChristMuch.” 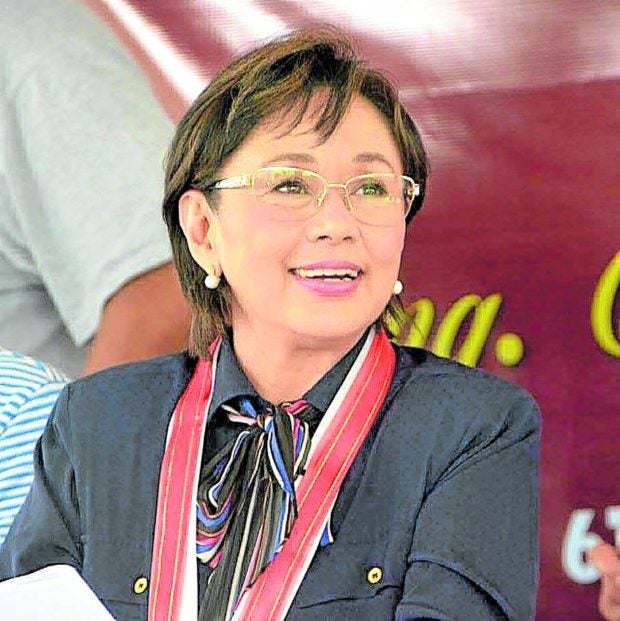 Vilma Santos: Over a million subscribers on her YouTube channel, which is her new passion

Boy Abunda: Immortality, because show biz is a kinder world with him around

Cesar Montano: A movie that will make him bag the best actor award in a prestigious international film festival

Karylle: To be able to capture her “joie de vivre” in a bottle to give away to those who need some cheering up

John Estrada: To bring back his dad to life

Aiko Melendez: A guarantee of forever with her “baby,” Jay Khonghun

Jessica Soho: A tell-all interview with all her favorite K-drama oppas

Ricky Davao: To record his own album, because being a good singer is his hidden talent

Andrea Torres: To publish her own book so her writing won’t be only in her daily journal

James Yap: His own golf course because next to basketball, playing golf is his fave sport

Leo Valdez: His own park filled with various plants to make his “plantito” heart happy

Robert Seña and Isay Alvarez: To put up an acting school so they can mentor newbies on how to become world-class performers like them

Yayo Aguila: A guy who will make her forget her decision to remain single for life

Arlene Muhlach: To land a role in a K-drama to make her “oppa-gaga” heart smile

Meds Marfil (of True Faith): Marriage with his current “love,” whom he describes as “perfect” (just like his band’s hit song)

Ogie Alcasid: A clone because the world needs more genuinely kind people like him

Luke Mejares: A comedy show to showcase his wacky side

Noel Cabangon: A back-to-back concert with his idol, James Taylor

Alvin Anson: For his sense of humor to be contagious, because we all need good vibes these days

Since vlogs are in vogue, a movie about a vlogger’s exploits “Crush Kong Curly” (now streaming on Vivamax) is right on target. It is topbilled by AJ Raval and Wilbert Ross and directed by GB Sampedro. AJ portrays Elle, a celeb vlogger having fun sexually with the wrong ones until the right one comes along. Wilbert plays Peter, an ex-seminarian lured by Elle to cross over to the wild side.

Here are quotes from AJ and Wilbert (W):

AJ: When I have a crush, I don’t make it obvious to him. Once he has a crush on me too, I lose interest. My girl crushes are Angel Locsin and Julia Barretto.

W: The character I portray in our movie taught me that I should not judge people who do sexy stuff on livestream. It’s their body and as long as they are not stepping on someone else’s toes, we should just let them be.

AJ: I refuse to talk about my love life anymore. I’ve learned my lesson the hard way. I’m wary of being misinterpreted again. Even if I’m a sexy star, I am tomboyish by nature. There’s no malice in my closeness to my male costars, even if some people insist na “may malisya.”

W: My “brothers” in Hashtags and I have moved on to the next chapter of our lives. I’m happy that we are all where we want to be.

W: It’s my first movie, so AJ guided me in every scene. She kept reminding me during our intimate scenes to pretend that I’m in love with her.

Janno, Manilyn and Bing in one film

“Mang Jose” (streaming on Vivamax) reinvents the concept of being a superhero. It is about a lifesaver who can cost you your life savings. The movie, based on Parokya ni Edgar’s song is topbilled by Janno Gibbs and Jerald Napoles. New and old-school comedy unite. What makes it even more interesting is the presence of Janno’s ‘80s “ka-loveteam” Manilyn Reynes and his wife Bing Loyzaga. Three’s ComFunny. 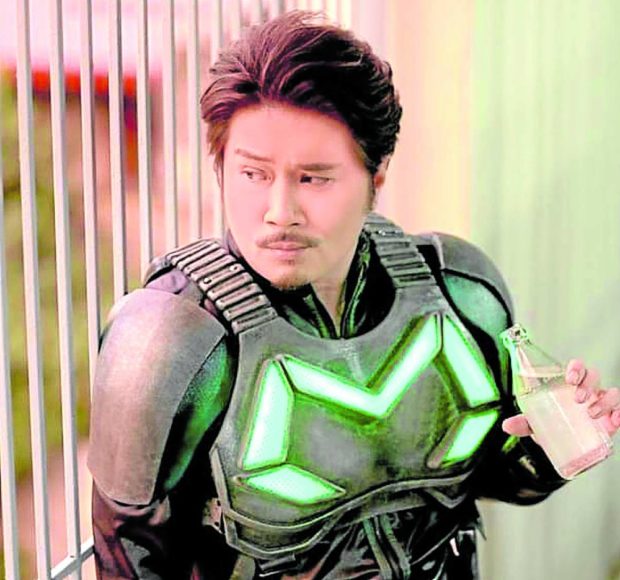 Here are quotes from Janno (JG) and Jerald (JN):

JG: This movie is my new “Pedro Penduko.” But now, it’s harder for me to do stunts because I’m older. Yet I only had a double in 10 percent of my action scenes. My costume is a scene-stealer. The rights to Parokya ni Edgar’s song is quite pricey, but it’s worth it.

It’s the first time that Bing, Manilyn and I are in a movie together, and I hope it will be the last time (laughs). Kasi feeling ko, both of them were comparing notes about me. Kidding aside, I requested for both of them to be in the cast because magandang come-on for our film.

JN: I don’t mind playing sidekick to Janno, even if I’ve played lead roles already. Since he’s a seasoned actor, it made me level up in my acting.

Read Next
How stars celebrate 2021 holiday season amid COVID-19
EDITORS' PICK
80% of of vaccinated adult Filipinos willing to get COVID booster shot, survey shows
COVID-19 cases in NCR, nearby provinces now going down — OCTA
Step up your vlog game with vivo’s newest smartphone
Rise to perfection: Spot on tiles for your stair risers
Communication woes postpone Bongbong Marcos’ radio interview
NUSTAR Resort and Casino: Cebu’s next lifestyle and leisure gem
MOST READ
Leni mansplained? Abunda ‘interruptions’ stir own buzz
6 areas to be placed under Alert Level 3 from Jan. 28 to Feb. 15
Communication woes postpone Bongbong Marcos’ radio interview
Gordon tells Duterte: I did not steal from Subic funds
Don't miss out on the latest news and information.