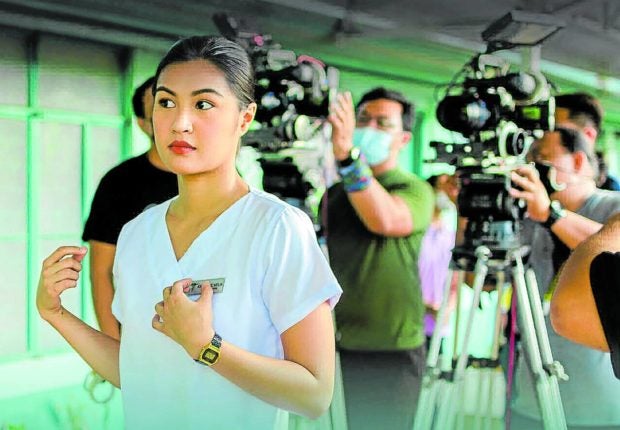 The actress-beauty queen on the set of “Nelia”

At a recent press conference for her first movie lead role, Winwyn Marquez revealed that she’s set to play another, more important one: being a mother.

“I’m very excited. I have two Christmas gifts this year—a movie and motherhood. I can’t ask for anything more,” she told reporters at a gathering for the psychological thriller “Nelia.”

The beauty queen-actress initially thought of keeping her pregnancy a secret. However, she didn’t expect that her movie would make it into this year’s Metro Manila Film Festival (MMFF) lineup, and would have to make public appearances to promote it.

“I tried to keep it to myself until everything’s done. I wanted to enjoy it with my family first … But I didn’t expect ‘Nelia’ to make it to the MMFF. I just took it as a sign to share the news with everyone, because it will be hard to keep it a secret. I have to promote it and I will be asked questions,” she said.

Winwyn is 21 weeks into her pregnancy. “I’m still adjusting. I’m actually a bit nervous because I don’t go out much. I easily get headaches and exhaustion,” said the actress, who skipped the Parade of Stars last Sunday per her doctor’s advice. 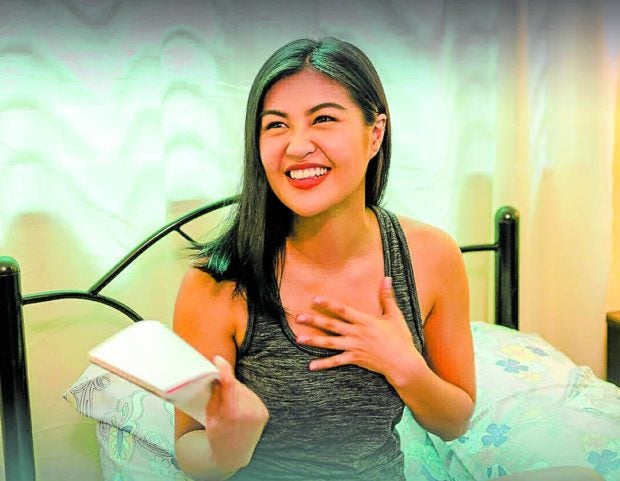 She still doesn’t know the gender of her baby. And when asked about her non show biz boyfriend, Winwyn declined to go into details, but did let on that they’re happy together.

“I’m happy and content with my relationship. He’s a private person, so I can’t talk about him much. And I want to keep some things to ourselves,” the 29-year-old actress said.

Winwyn’s mother, Alma Moreno, and father, Joey Marquez, were just as ecstatic about the news, she related, because they had been teasing her about giving them a grandchild.

“Mom was super shocked and Dad was crying—I’m not sure if he got scared or just surprised because he had been bugging me to give him a grandkid. Maybe he wants another Winywn kasi wala na siyang baby,” she said, laughing. “But I’m very happy that this happened, because I’m not getting any younger, too.”

Directed by Lester Dimaranan and produced by A & Q Production Films, “Nelia” revolves around the titular nurse (Winwyn) who notices that something strange and sinister is happening at the hospital, especially in Room 009, where patients all end up dying. She sets out to investigate the mystery, but the answer may be closer than she expects.

“On television, I always play contravida roles; I have never played a protagonist in a drama series. This really is my first title role. When I was offered the project, I asked the producers, ‘Are you sure you want me?’ I didn’t want to believe it until there was an actual shooting schedule, because I was thinking I could get replaced,” she said.

“It only started sinking in when we started working on it. It was so challenging because it’s a psychological suspense-thriller and I had just finished doing a romantic comedy show. There was an adjustment,” she said.

Since she’s top billing the film, Winwyn admitted that she feels pressured about the movie’s success. “Ramdam na ramdam ko ang pressure! My worry is that a lot of people are still scared to watch in the cinemas. But I’m just grateful that our producers took risks, and gave us jobs. But I believe in the film, its story and the cast,” she said.

Winwyn is also thankful to her seasoned coactors, like Raymond Bagatsing and Lloyd Samartino, who helped put her at ease on the set. “I feel like I imbibe their talent when I’m around them, so I’m grateful to them. I learned a lot from them,” she said.

Mental health and illnesses are among “Nelia’s” central themes. “It’s a sensitive topic, so we consulted psychiatrists and experts to learn the nuances. We want people to learn something from the movie,” she said.

Winwyn also hopes that “Nelia” can help, in some way, break the stigma surrounding mental health. “Sometimes, ‘depression’ and other terms get used lightly. So I’m thankful to people and friends (who are diagnosed), who shared their experiences with me,” she said.

“Let’s not judge people readily. We all have bad days,” she said. “We shouldn’t use words that can hurt other people; words that can discourage them from seeking help.”