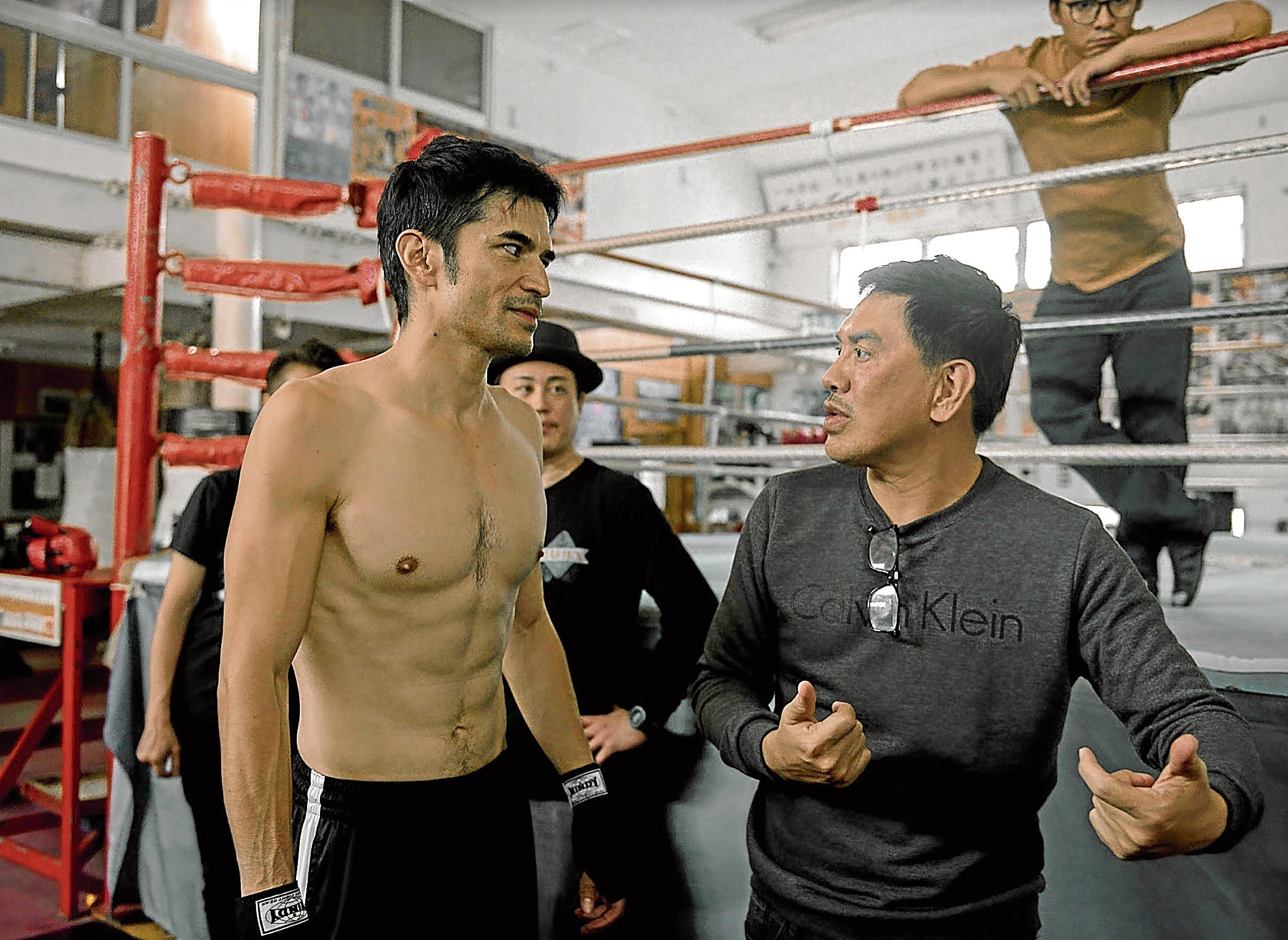 When they met at a bar about 10 years ago, the Japanese actor Shogen Itokazu thought that Naozumi Tsuchiyama was just any other boxer. But little did he know that under Naozumi’s trousers was a story waiting to be told.

“He was wearing a prosthetic leg under his trousers, but I didn’t have any idea because he was introduced to me just as a boxer. But then later, someone told me about his leg. I thought it was amazing,” Shogen told the Inquirer in a virtual conference for the sports biographical film “Gensan Punch,” which he top-billed and coproduced with director Brillante Ma Mendoza.

After a couple of drinks, Shogen mustered the courage to ask Naozumi about his disability and his journey as a boxer. There he found out that Naozumi—his fellowman from Okinawa, Japan—aspired to become a professional boxer in Japan. However, having a prosthetic leg meant that he didn’t meet the requirements for the “physical conditions regulations” set by authorities. 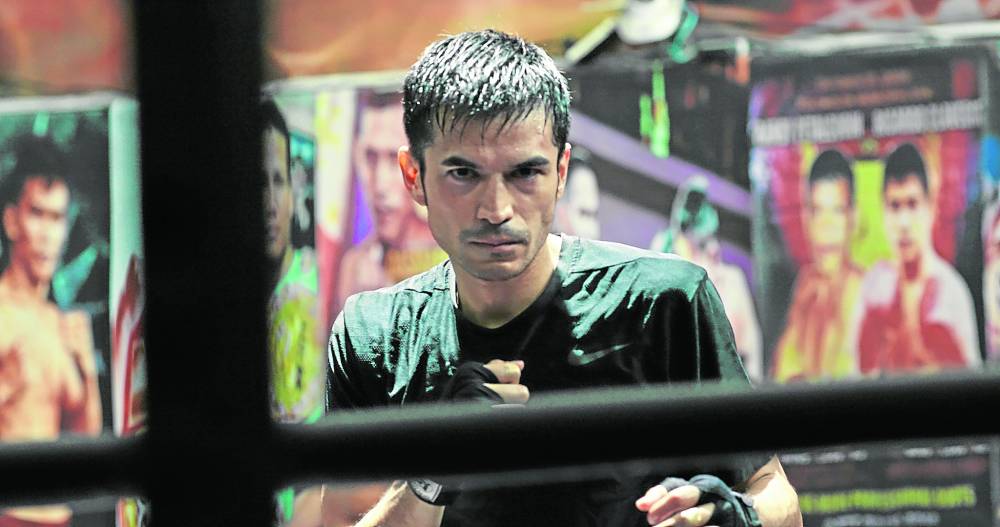 But Naozumi wasn’t about to let his boxing skills go to waste. And so he set off to General Santos City in the Philippines—a city known for producing athletes like the boxing icon Manny Pacquiao—to continue pursuing his dreams. Nicknamed “Gensan,” Naozumi would go on to win a match, helping him earn a boxing license.

“When I got drunk I asked him about his prosthetic leg and his life story. I got inspired and amazed at how he dealt with all the challenges and difficulties he had to face. And I thought that one day, I will make a film about his life story,” Shogen said.

Two years after their first meeting, Naozumi gave Shogen the permission and greenlight to push through with the movie. And because he was a fan of Brillante’s work, Shogen asked Singaporean director Eric Khoo—a mutual friend—to set up a meeting with the award-winning Filipino filmmaker.

After their first meeting in Busan, South Korea, in 2018, Shogen followed up his pitch with Brillante when the latter sat as head of jury at the 31st Tokyo International Film Festival. Brillante was unsure about the project at first, because he had never done a sports-themed film.

But through their shared interest in Naozumi’s journey and passion for filmmaking, things eventually fell into place. Shooting took place in 2019 in Japan and the Philippines, where he worked and sparred with local boxers.

“It was challenging because I’m not a real boxer. I just trained for the role. And none of the fight scenes were choreographed,” said Shogen, whose filmography includes the acclaimed 2007 Japanese movie “Bloody Snake Under the Sun” and the television adaptation of the popular anime series “Death Note.” 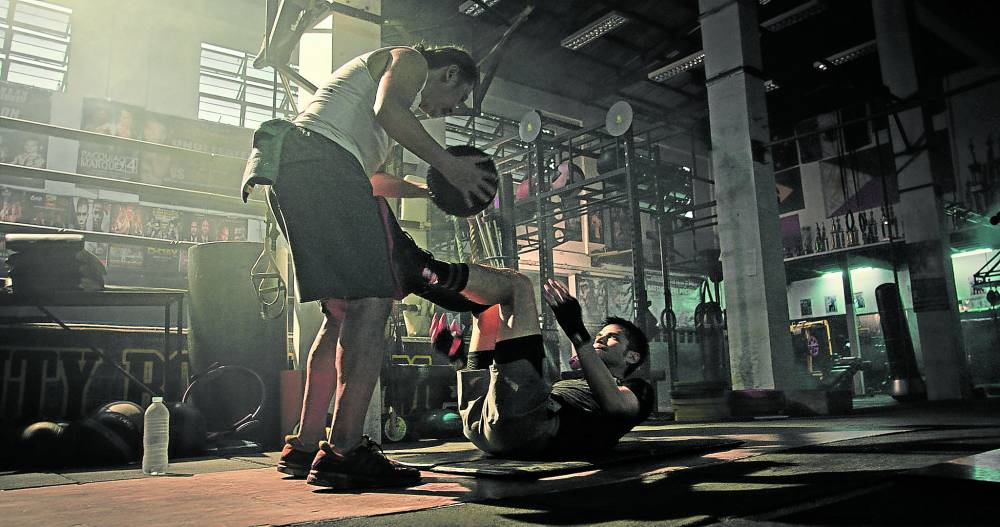 The team finished shooting in March 2020. But during postproduction, Brillante realized that he still needed to do additional scenes with Shogen. However, lockdowns due to the COVID-19 pandemic were already in place around the world.

And so, for continuity’s sake, Shogen had to continue training and maintaining his physique in Japan until travel was permitted again. “I continued training for the next 15 months,” he said.

“He (Naozumi) was so happy when he saw the movie at the Tokyo festival. He was with us onstage. He didn’t really show much emotion then. But afterward, he went on Facebook and expressed his happiness!” Shogen related.

Prior to working with Brillante, the Japanese star had watched the films “Kinatay” and “Ma Rosa” and liked the director’s style of filmmaking. And he still can’t believe he wants to collaborate with the Cannes-winning director. “I’m speechless. It’s amazing,” he said. “I’m still kind of dreaming that I was able to work with him.”

Shogen found his collaboration with Brillante an instructive experience, and described the director as having a defined vision. “He knew exactly what he wanted. Before the filming, we had time to talk. We had time to build up the relationship, and to believe in each other. He wanted something real and genuine,” he said.

“Some of the scenes were tough, because he was particular about what he wanted. But I had faith in him. So I followed his way patiently. He guided me and taught me,” he added. “I have grown a lot as an actor.”

Working with the Filipino crew was also a surprising change of pace from Japanese productions where workers, he said, tend to be more reserved.

“I love how they show affection. It’s very different from the Japanese way. The Filipino crews and the boxers welcomed me as if I’m part of their family. I felt a very strong connection with them, which helped me immerse myself in the environment,” he said. “The staff and crew always joked around. And it was hard because I had to stay in character!” 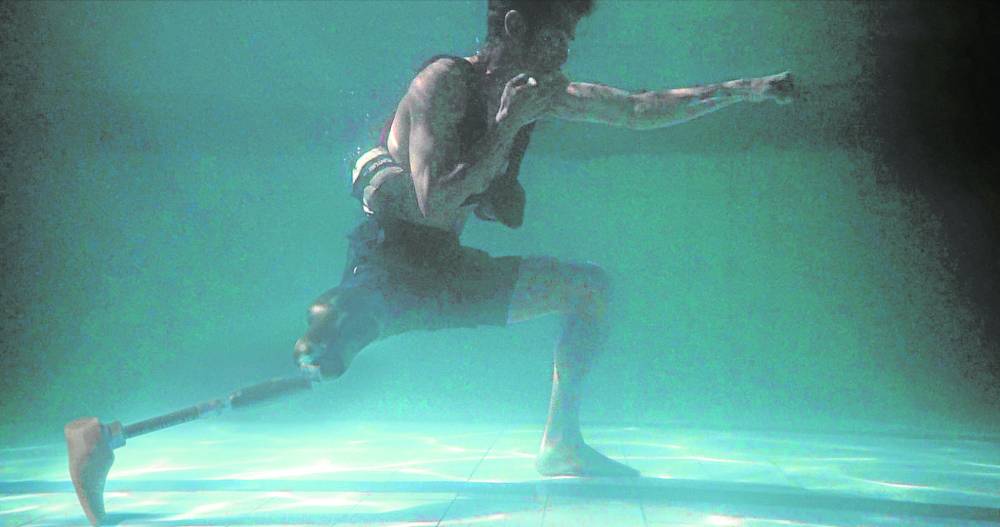 “Gensan Punch’’ could very well end up as one of Shogen’s most important works. More than the awards, what really mattered to him was how he resonated with Naozumi’s story, and how his experiences seemed to parallel his.

Because Shogen’s appearance isn’t that of a typical Japanese, he used to get told that he doesn’t look Japanese enough for the local industry. “I always felt like an outsider. Naozumi felt the same way,” he said, adding that he also had to deal with people telling him that “Gensan Punch” would be impossible.

“In Japan it’s not common to star in your own project. I was told it’s going to be impossible, that it would be very difficult without a big star or a top actor. But we made it. Like Naozumi, I chased my dream,” he said. “This is my life treasure.”