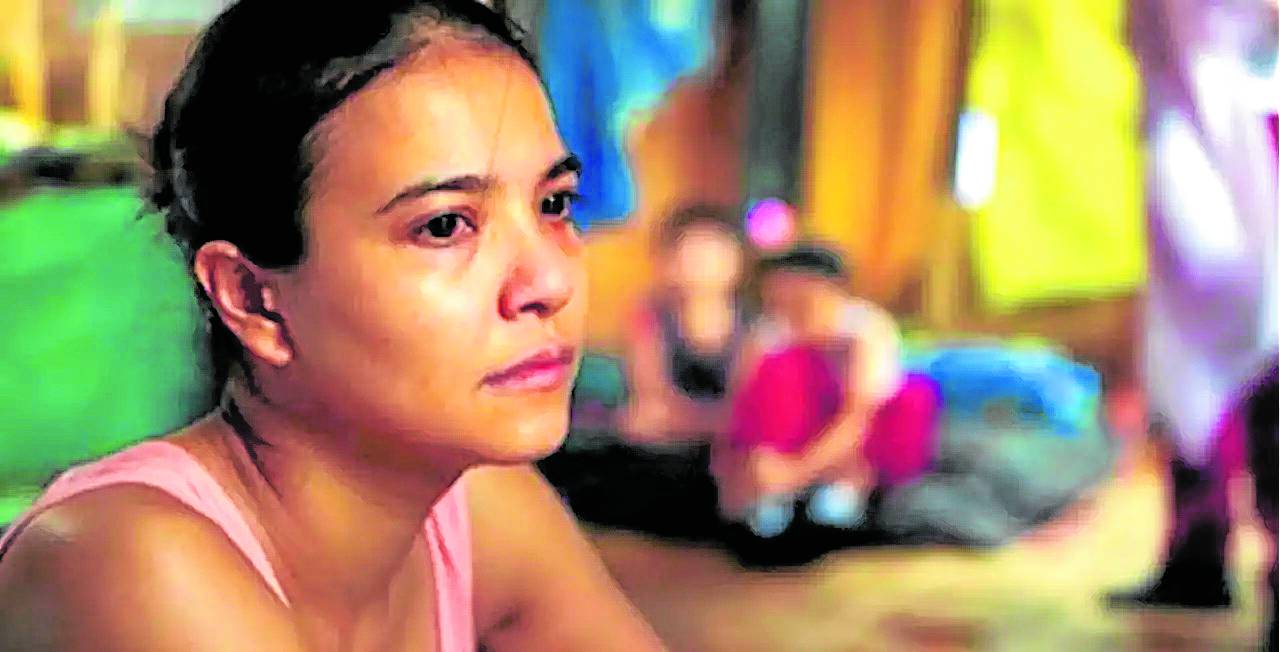 My next goal would be an Oscar award,” quipped Alessandra de Rossi, who won a best actress trophy for the film “Watch List” at the 69th Film Academy of Movie Arts and Sciences (Famas) awards show on Sunday night.

“This is really for my mom,” Alessandra told Inquirer Entertainment on Monday afternoon.

“She would always pray for me to win. She once told me, ‘Stop feeling too self-conscious. You deserve a best actress award since you did ‘Munting Tinig.’” She also said she would keep praying until I get both Urian and Oscar awards, so let’s see,” she said, laughing.

Gil Portes’ dramatic piece “Mga Munting Tinig” was released in 2002. It was the country’s representative to the Academy Awards under the Best International Feature Film category.

Alessandra, however, said she didn’t think of getting any award while working on American director-producer Ben Rekhi’s “Watch List.” She explained: “I was never like that. That’s not the reason I agree to be part of a project. I’ve actually programmed my brain not to expect anything. In fact, I would even pray that I lose to an actress who I feel really deserves an acting award. For me, ‘It’s OK. People already know my capabilities as an actress. I don’t need the award.’ That’s why I felt shocked when I got it. The news actually made me laugh.”

She continued: “But I’m really grateful for this. The role is heavy, even for me. I play a mother, which I never experienced in real life—a mother who will do anything to raise and protect her children. There’s violence in this movie, so that makes it even more challenging. I also had to restrain a lot of emotions because the role required it. I guess that’s what stood out and made the judges notice me.”

After her husband was murdered in the hands of vigilante killers targeting drug peddlers, Maria (Alessandra) is left on her own to both provide for her three kids and keep them safe from the constant raids and rubouts in the slums they live in.

The actress is also grateful that the film also received nominations in other categories. “The film is beautiful. It’s well-made and it tries to send an important message. It’s my first time to make a movie like this. Our director follows Hollywood standards. We spent six long hours to shoot one scene. This movie really drained me, but in the end, it’s rewarding. I’m so proud of the product that the award is just like [a] cherry on top.”

Heralded as this year’s best actor was Allen Dizon for his performance in the Ralston Jover drama “Latay,” while Miel Espinoza received the best child performer award for Mikhail Red’s “Block Z.”

The big winner this year is the fantasy-adventure film “Magikland,” which copped the best picture honor. It also won for Christian Acuña the best director award, as well as best cinematography for Rody Lacap.

The best production design award was given to Ericson Navarro, while the best editing trophy was handed to Manet Dayrit and She Lopez-Francia, also for “Magikland.”

Mike Idioma and Alex Tomboc bagged the best sound award for the same film, as well as Richard Francia and Ryan Grimarez for best visual effects.

Best screenplay was given to Manny Angeles and Paulle Olivenza for their work in Avid Liongoren’s “Hayop Ka! The Nimfa Dimaano Story.” Meanwhile, the award for best short film was given to Kevin Piamonte for “Solo.” The organizers of the annual Famas Awards uploaded the virtual awards show on Sunday night on their YouTube channel.