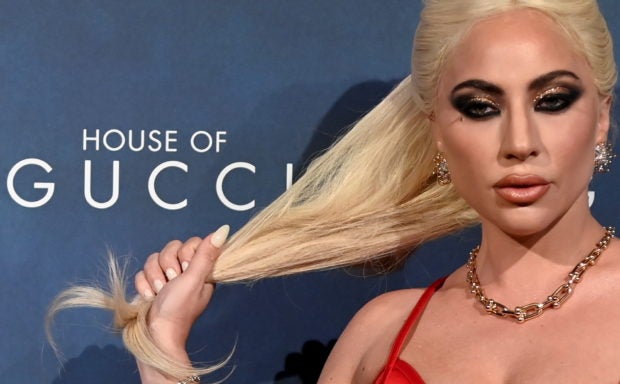 Lady Gaga arrives at the Italian premiere of the film “House of Gucci” at the Space Cinema Odeon in Milan, Italy, Nov. 13, 2021. Image: Reuters/Flavio Lo Scalzo

Lady Gaga was awarded her first ever Best Actress win by the New York Film Critics Circle for her performance as Patrizia Reggiani in the film “House of Gucci.”

New York Film Critics Circle announced the winners through Falco Ink, a public relations firm based in New York, as per its Twitter page Friday, Dec. 4.

“House of Gucci,” directed by Ridley Scott, follows real-life events on the life of Reggiani who married the Italian fashion company heir Maurizio Gucci, portrayed by Adam Driver. After their marriage failed, Reggiani hired a hitman to murder her husband which put her to jail for 18 years.

Gaga immersed herself into the role and worked closely with the crew to portray Reggiani as “true to who she was,” she shared in an exclusive interview with E! News on Nov. 18.

“We worked very closely together because we didn’t want the fashion to overpower the character,” she said. “[Reggiani] was never as shiny as the Guccis. She was a little bit trying too hard. A little bit embarrassing.”

Gaga’s Reggiani portrayal is her second lead role following her “A Star is Born” character Ally, which landed her an Oscar nomination for Best Actress in 2019. While she did not win the said award, she still eventually won her first Oscar also for that film, as one of the composers of “Shallow,” which was named Best Song. JB