For Erik Matti, collaboration among digital platforms, more than exclusivity, is the way to go | Inquirer Entertainment
Close
menu
search

For Erik Matti, collaboration among digital platforms, more than exclusivity, is the way to go 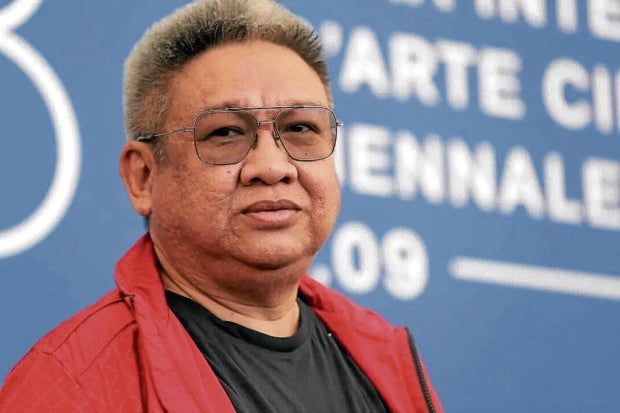 Although he runs his own content streaming platform, filmmaker Erik Matti doesn’t mind having his original works picked up or carried by other service providers in the digital space.

As the entertainment industry continues its gradual and steady shift toward streaming, Matti believes that collaboration—more than exclusivity—is the way to go.

His recent romantic comedy flick “A Guy + A Girl,” for example, was originally released on his platform, Upstream PH, as part of its original offerings, but later on appeared on Netflix. He also intended to put his acclaimed crime thriller film “On the Job: The Missing 8” on Upstream, but decided to go with HBO Go instead.

“We all see them as partners. The [entertainment] world has changed and we need to work together, regardless of platform,” he told the Inquirer in a virtual conference for Upstream PH’s first anniversary. “We can’t just stick to this old way of ‘amin-amin lang.’ Hindi pwedeng, ‘What’s in it for us? Anong meron dyan para sa ‘kin?’ ang laging tanong.”

When the pandemic and lockdowns resulted in the closure of cinemas last year, Matti and Dondon Monteverde, his Upstream cofounder and coproducer at Reality Entertainment immediately reached out to other production firms for potential projects.

“We called each other up when the lockdown happened. We got in touch with Globe, GMA 7, Regal … We have produced some content for [Viva Entertainment’s] Vivamax that wouldn’t even appear on Upstream,” he said. “We’re working together in this time of need because we know that the pandemic has changed a lot of things.”

In the absence of theatrical releases, some companies were compelled to create—or expedite the launch—of their own digital platforms. For these ventures to be viable, they must have a strong roster of titles and, preferably, a consistent release of original material. This is difficult to do, Matti said, without outside help. “If you want all your content to be exclusive, that means you will have to produce all your content—that’s very difficult. We at Upstream acknowledge that we wouldn’t survive if we insist on all-original content. We can only do so many projects,” he said. That’s why we also acquire foreign content.”

“You need everyone else to survive and not shy away from help, collaborations or sharing resources,” he added. “That’s the only way we can survive.”

Producing original content is one thing. Promoting them and convincing people to pay for digital services is another.

“It’s difficult to do marketing amid pandemic because there are no advance screenings. It’s hard to rise above the noise [online]. ‘On the Job’s’ biggest promotion was the Venice Film Festival (best actor award for actor John Arcilla). If not for that, it would be difficult for us to convince people to watch that movie,” he related.

“You need super strong, high-impact marketing initiatives, the kind that will make people stop what they’re doing, forget their problems and set aside two hours of their lives to check out your film,” he said. 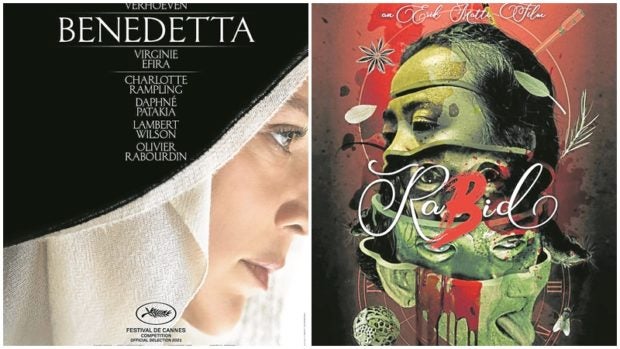 This is where relationships with other platforms come in. After its exclusivity window on Upstream, “A Guy + Girl” was picked up by Netflix, where it enjoyed a second wind. “Netflix and HBO don’t have this thinking that kapag lumabas na sa iba, hindi na nila kukunin,” Matti said. “At the end of the day, we share the same audience we want [to capture].

As part of its anniversary celebration, Upstream has released a new original title. Now available for streaming, “Rabi” is a movie anthology “that probes into our everyday realities of anxiety, uncertainty and paranoia; and features distinct, interwoven stories that revolve around the different ways this world can drive us human beings to the brink of madness.”

The main international offering, on the other hand, is the French-Dutch biographical drama “Benedetta.” Directed by Paul Verhoeven, the film is about a 17th century novice nun who joins an Italian convent, where she gets into a lesbian affair with another nun.

Other additions to the Upstream’s foreign roster are “Separation,” “The Green Knight,” “Eiffel,” “Old,” “Die in a Gunfight,” “Annika Van Der Valk” and “The Anti-Vax Conspiracy.” INQ