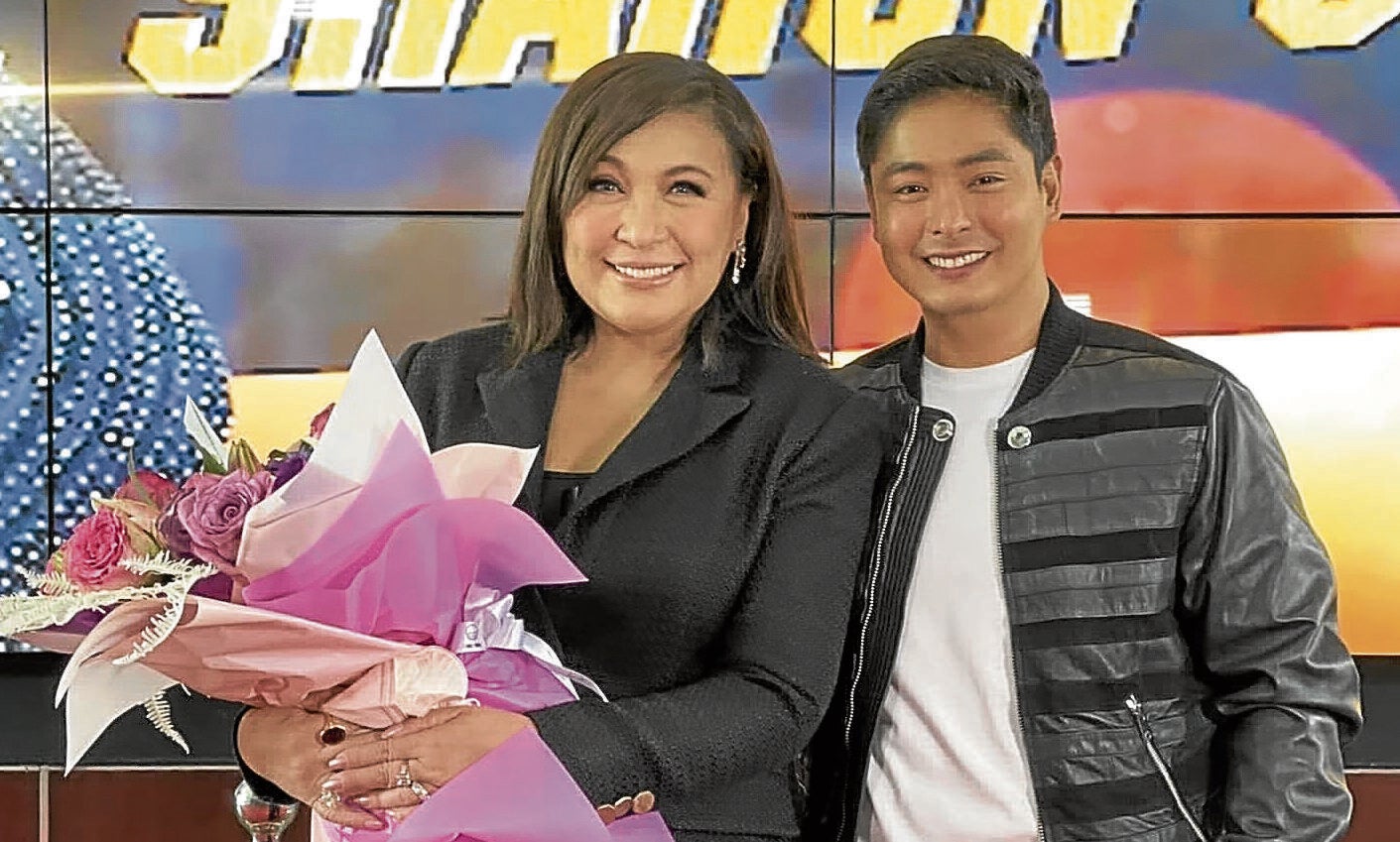 Let’s just say this will mark the return of our love team. Our back story here is quite long and deep,” said Sharon Cuneta, who will join Rowell Santiago—her ex-boyfriend and onscreen partner in the 1980s—in the longest-running action-drama series “FPJ’s Ang Probinsyano.”

On Tuesday, ABS-CBN formally announced Sharon’s debut in a Kapamilya teleserye. She will be joining the star-studded cast of the series that recently marked its historic sixth anniversary.

Sharon said she regret the fact that she couldn’t reveal much about her role but relented that “it’s a combination of action and drama, but mostly drama.” Sources from the program said that if plans would push through, there will be a love triangle involving Sharon, Rowell and John Estrada, whom Sharon refers to as “an old friend.” Rowell plays President Oscar Hidalgo in the series.

“As for my character, I can say that she has a complicated back story,” Sharon told reporters during a recent virtual meet to announce her inclusion in the series. “She has a lot of flashback scenes. The story is well-thought of. It’s not something that was just squeezed in and was forced to fit.”

“The story is heartwarming. My character is connected to almost everyone in the cast,” Sharon added. Another source said she will play an important part in the life of Julia Montes’ character, Mara, as well as of Rosanna Roces’ Lolita.

Sharon said she would like to try drawing arrows and riding a motorcycle for the action scenes she would be doing for the series. “I already know how to use a gun. It’s not new to me anymore. I also got to ride a horse for my past movies, like ‘Dear Heart.’ What I haven’t done yet is draw arrows, but if’ I’d be asked to fire a gun then that’s OK, too,” Sharon said on Tuesday.

“Ive tried using the harness before, especially when I did ‘Darna.’ I was also in a harness while shooting my kissing scene with Robin (Padilla in ‘Maging Sino Ka Man’) because we were at the top of a sugarcane field then,” she recalled. “I’m also fine with riding a motorcycle. I just hope they won’t make me drive it because I really don’t know how. I’m open to doing any action scenes. Just don’t make me do circus tricks because I’m not 20 anymore.”

When Coco Martin, who is lead actor, director and producer of the series, asked for her input, Sharon said she told him how much she misses doing action, after being paired with the late action stars Fernando Poe Jr. and Rudy Fernandez, as well as with Bong Revilla, and later, Robin. “Coco is the only action star I haven’t worked with,” she pointed out.

Sharon said Coco scheduled a Zoom meeting with her while she was vacationing in the United States to pitch the story. She added that deciding whether to join the show was a “no brainer.”

“Who wouldn’t want to be part of ‘Ang Probinsyano?’ I agreed right on the spot. What we talked more about were the details to the story. I learned that everything started with a call from Coco to Tita Cory (Vidanes, COO for broadcast) at 7 a.m. Coco couldn’t sleep. He has had this idea in his head for a story since 4 a.m. He said he wanted me to be in the show,” Sharon recalled. “When I heard him talking during our Zoom meet, I was impressed. It felt like he really prepared for it. There was hardly any loopholes. In my mind, I was thinking I would’ve agreed to the offer even without the story,” Sharon said, laughing. 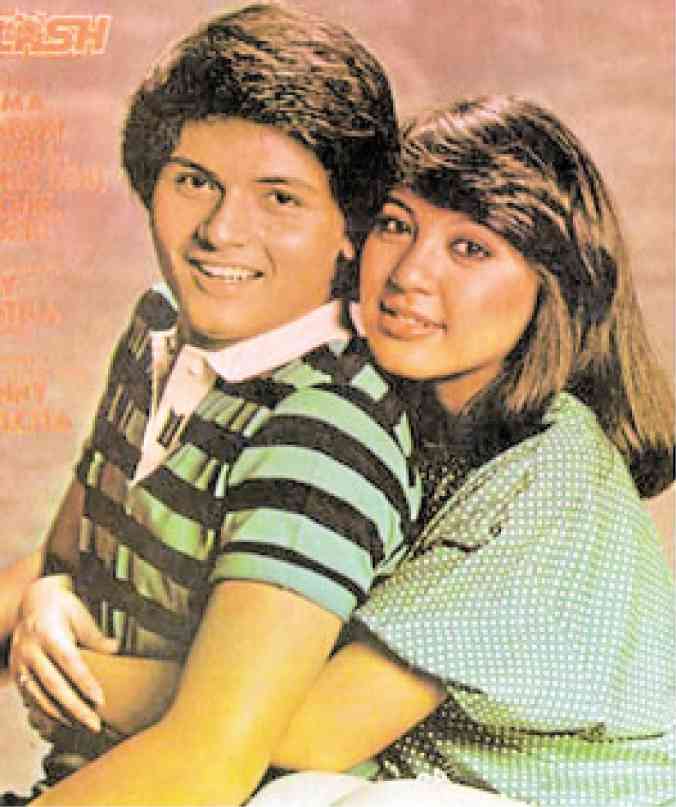 Sharon Cuneta (right) and Rowell Santiago in the early 1980s

For the Megastar, preparing for the show was really more of a mental process. “I used to be a night person but I’ve slowly started to adjust. I’m comfortable waking up at 6 or 7 a.m. I like it because I am now able to spend more time with (children) Miel and Miguel. It requires mental preparation because I know I have to leave them for a while to enter the taping bubble.”

Sharon said that for many years, she turned down offers to do a teleserye. “I did several episodes for ‘Malaala Mo Kaya’ and it was hard because the schedule was from one morning to the next morning. They would make you work so much, like make you cry at 5 a.m. It felt like you worked for only three days on a film that you would normally finish in a month,” she explained. “I hear that now, there’s a 12-hour cutoff for everyone. That’s applaudable. It wasn’t like that before. Your performance really suffers if you’re tired. If a production unit has no consideration for the welfare of the cast, this also affects the teleserye negatively.

“I’m not scared of work. I’m a hard worker. I just don’t like abusing my body. I don’t know how others were able to do it. I’m very glad they already implemented a new system. I was expecting to stay all night also for this, but I’m very happy this is no longer the practice today,” Sharon said.

When asked what life lessons does Sharon think the audience can learn from her character, the actress replied: “Forgiveness, I guess, and also patience. Another is that vengeance cannot get you anywhere. There is also the power of love and the fact that true love never dies.”

What does she still hope to learn from joining the show? “I’ve already achieved so much in my career, my desire now is to contribute whatever I can in order to improve the show. I like to be a team player, to be a part of something that aims to be better,” she stressed. “I hear people say that what they have is a happy set, that they treat each other like family. This gives me something to look forward to. More than fear, I’m now feeling excited. I have not started working with them yet, but they are already taking such good care of me, even this launch is over the top. I just want to give my best.”

When it comes to what she has to offer to the show, Sharon said: “In my 43 years in the business, I’ve already done over 60 movies. For TV, this is my first time but I’m doing this now that I’m older and able to give my character a little more depth. All these experiences add to my versatility as an actress. My experiences are like my ammunitions. I have both happy and sad ones,” she pointed out.

Sharon also expressed gratitude to Coco, “because he wants me in the show. My heart swells to know that Coco and ABS-CBN are giving me importance,” she beamed. “Seeing that the staff, the other directors, and cast members really love Coco only means that he treats them as family. I appreciate him for that. I also see his complete, total and unrelenting dedication to ‘Ang Probinsyano.’ I’m thankful to him for keeping FPJ’s legacy alive.”