Andrea on her Argentinian leading man; Cheri on Andi-Albie issue 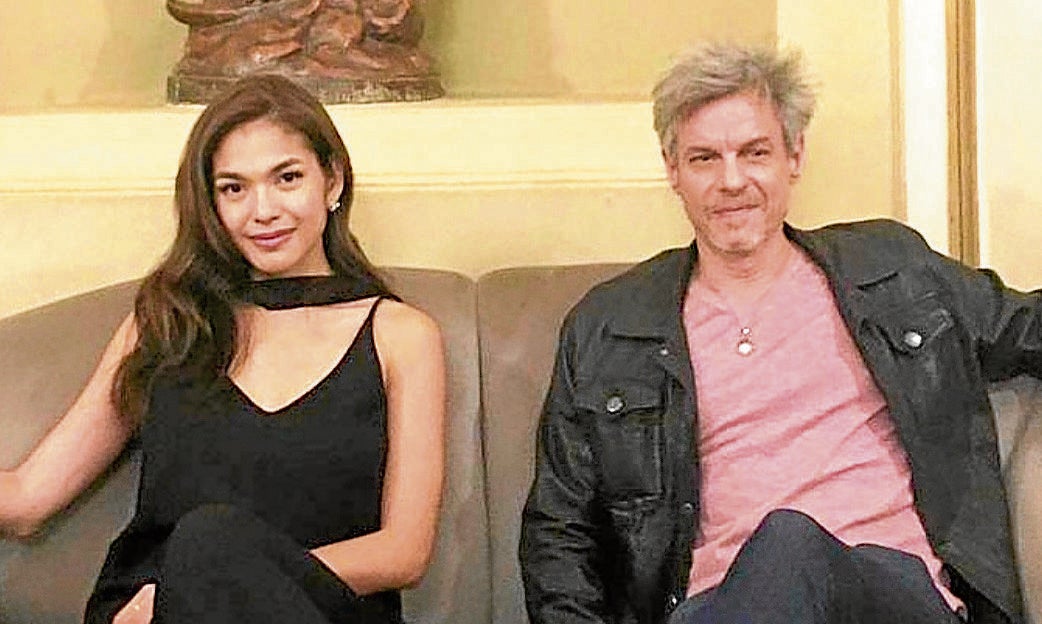 Not too many people know that Andrea Torres and I call each other “soul sister.” That’s because we clicked instantly. Call it sisterhood at first sight. So I am super happy that Ada (her nickname) is soaring high as she works on an international film in Argentina. I teased her, “I’m sure the men there will go gaga over you and soon enough your love life will be activated again.”

After her breakup with Derek Ramsay, the Kapuso hottie’s big break in Argentina seems to be the universe’s way of saying, “Don’t Cry for Andrea, Manila.”

Here’s my Viber chat with Ada:

What’s your most memorable experience in Argentina so far?

Oh my. I don’t think I can pick one. Every day is special, and they really make me feel like it is my second home. I love exploring Cordoba, our lengthy conversations, our happy set and learning how they film here. I am off to Buenos Aires and I’m excited to make so many more memories there.

Tell us about your project there.

“Pasional” is written and directed by Francisco D’Intino. It shows us how much love can change us and give so much meaning to the purpose of our existence. I portray a Filipino tango dancer who gets entangled with an Argentinian (Marcelo Melingo). I had to learn tango, which is so different from all the dances I know. It makes me feel so sexy because it’s such a sensual dance. After filming in landmark spots here, we will also shoot some scenes in Manila.

Is the dialogue in your movie in Spanish?

I’ll have a few lines in Spanish, but the lines in the movie are mostly in English.

What do you think of tango?

Here, there’s no choreography. You wait for your partner to lead you. You have to have that connection so that you’ll move as one.

How’s your rapport with your leading man, Marcelo? What is he like?

We warmed up to each other pretty fast. He’s a really friendly person. We were able to spend time together and we shared a lot of interesting conversations and laughs before filming. He’s sweet. He sent me a voice message when I was on my way to Argentina. He asked his English teacher to help him with that. And he gave me a gift the first time I met him in person. I really appreciated that gesture.

What’s your impression of Argentinian men?

Argentinian men and women share a lot of similarities with us. That’s why it didn’t take a lot for me to adjust. Even if we speak a different language, we manage to connect and bond.

Have you met a potential boyfriend there?

That’s not really in my head when I work. I am in the zone and focus on the job at hand. If he comes, he comes.

What are your realizations while you are far away from home?

I love traveling. I make sure I really experience the country to the fullest. There’s just so much to discover and experience. So much growth happens when you step out of your comfort zone. You realize all the possibilities and opportunities. 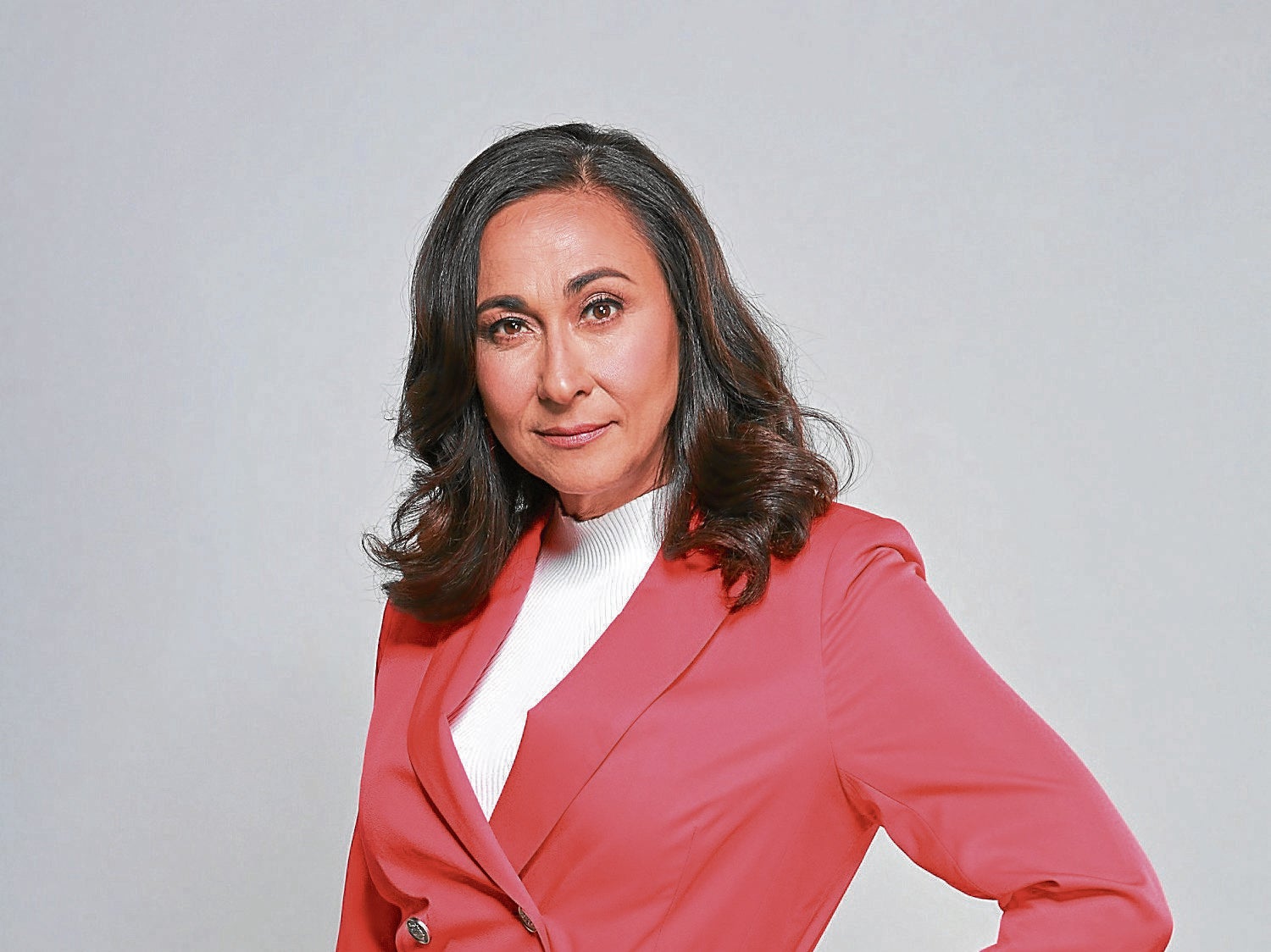 Andi Eigenmann made a 180-degree turn in her life when she relocated to Siargao a few years ago. Love made her do it. She has opted to step out of the show biz circus and surround herself with serenity in the island paradise. That’s why it is quite appalling for her name to be dragged into a controversy.

Prior to entering the “Pinoy Big Brother” (PBB) house, Andi’s ex-boyfriend, Albie Casiño, unleashed a mouthful against her. He said that she never apologized to him about the “paternity issue.”

In 2011, Andi ‘’pinpointed” Albie as the father of her eldest child, Ellie (eventually the real dad, Jake Ejercito, surfaced). Casiño also “body-shamed” his ex-gf by sardonically saying that he’s happy that she’s super fat. Albie ought to join Pinoy Brutal Brother, instead.

Personally, I think that Andi is too happy to be bothered by Albie’s tirades. She is savoring la vida isla with her fiancé Philmar Alipayo, Ellie, and their babies Lilo and Koa.

I asked Andi’s ever fab aunt, Cherie Gil, for her sentiments about the issue. Here goes:

“I love Andi, and I’m proud of her,” Cherie said. “She’s a strong adult woman. I have no doubt she will face this head-on, like all the other trials she had to face with tremendous courage. We each have our own full cups and journeys to learn from.” That’s the Eigenmann woman. 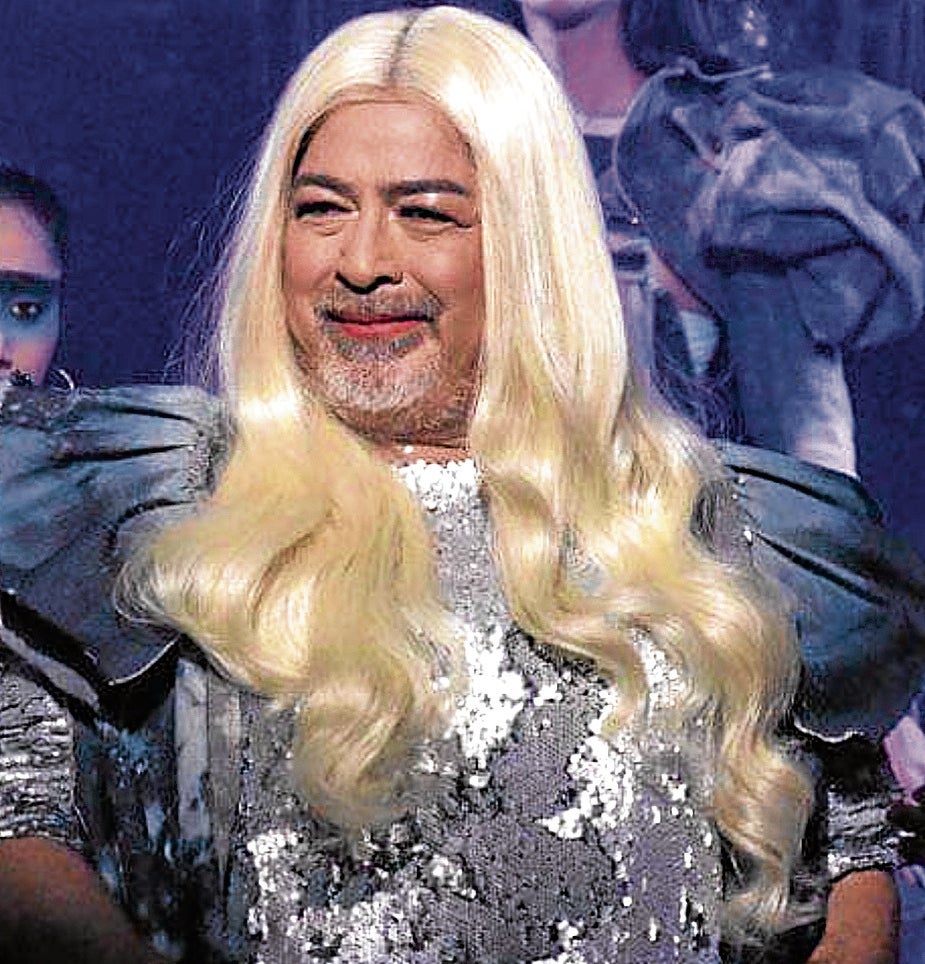 Make way for “Jerica Raval,” “Marie Antoinette Fernandez” and “Baroness Geisler” in the comedy-action film, “Barumbadings” (now streaming on Vivamax). Director Darryl Yap transforms onscreen “barumbados” Jeric, Mark Anthony and Baron into “badings.” They are joined by Jewel este Joel Torre in his first ever gay role. Softies on the outside, toughies on the inside. It’s all in the name of gay pride.

J: It’s my first time to play a transgender character, which is a role that has always been on my bucket list. At first, I had my apprehensions. I didn’t want it to be superficial. I based my portrayal on “old-school gays” who are very motherly. Now, I realize how hard it is to be a woman wearing heels, bra and false eyelashes.

D: Not all gay films must be about AIDS. Our film is unusual because action stars are playing gay roles. When I say I am offering something new, I make sure it’s new enough to arouse interest. I treated the action scenes like dance sequences.

B: Our movie “unmasks” gays. Beneath the heavy makeup of the characters we portray, we bare their souls.

M: Even if I never portrayed a gay role, I didn’t hesitate to do this movie when I found out who I would be working with. But we didn’t play gay just for the heck of it. Our film has a message. If my dad (Rudy Fernandez) was still alive, it would have been fun if he’s part of the cast. Imagine “Daboy” turning into “DaGay.”

JE: When I was a newbie in show biz, I got culture-shocked because there were so many gays. I was a bit suplado” to them at first. But eventually, I got used to being surrounded by gays. No indecent proposals came my way. That’s because respect begets respect.

J: It’s not just a fun action flick. It also tackles controversial issues about gays, hierarchy and politics in the gay world.

There’ s nothing my “friendship” Noel Cabangon won’t do for the love of OPM (original Pilipino music). He, along with Ryan Cayabyab, Ebe Dancel, Davey Langit, Gary Granada and other colleagues put up Amianan Pop Music Inc. (APM).

They are launching an online songwriting festival on Dec 4. It will put the spotlight on a new breed of musicians representing the Ilocos, Cordillera and Cagayan regions, as well as some non-Tagalog speaking areas in Central Luzon.

The annual competition is committed to bringing modern regional pop music at the forefront of mainstream consciousness by making sure that the songs are well-produced and could compete on a global level.

The finalists have shown promise in making generation-bending anthems. As APM’s tagline goes, “Sikamimet!” (that’s “it’s our turn” in Ilocano). Let’s hear it for the “Amiananites” and listen to their “ear-teresting” music.