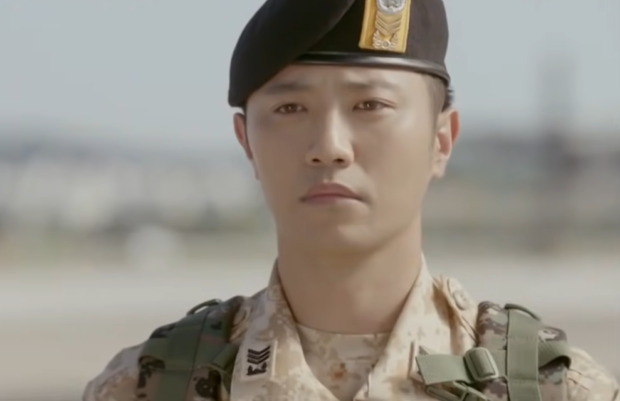 Jin Goo in “Descendants of the Sun” (Image: screengrab from YouTube/Viki Global TV)

“Descendants of the Sun” actor Jin Goo has tested positive for COVID-19, although his agency said he was not showing symptoms of the disease.

The agency, Varo Entertainment, announced that Jin Goo had been diagnosed with COVID-19 in a statement obtained by Soompi today, Nov. 3. The actor is receiving treatment at an isolation facility.

Varo Entertainment explained that Jin Goo was notified last month of close contact he had with a confirmed COVID-19 case and has since been following safety measures provided by local disease-control authorities.

“At the time he was tested, he had no symptoms, and he continues to be asymptomatic now. He is in good health,” the agency addressed the actor’s fans.

Jin Goo is known for his role as Seo Dae-young in the hit romantic drama series “Descendants of the Sun.” He starred in the show alongside fellow actors Song Joong‑ki, Song Hye-kyo and Kim Ji-Won.

Minhyuk of BTOB diagnosed with COVID-19 after two negative tests