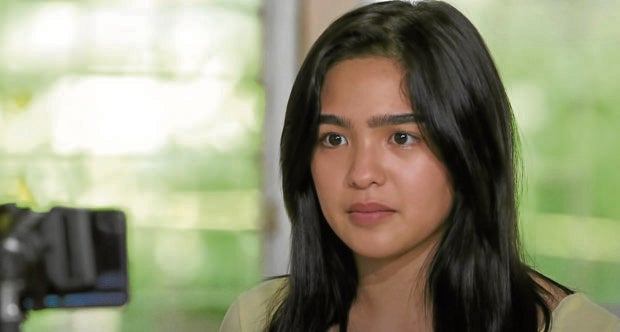 My faith is not as strong as Mira’s. I’m only human. There are times when I also wanted to get angry with the world,” said Andrea Brillantes, one of the lead stars of the ABS-CBN drama series “Huwag Kang Mangamba.”

Comparing Mira to Marga, her character in “Kadenang Ginto” that made her a household name, Andrea said she could relate to the latter better. “Unlike Mira, it’s hard for me to be kind all the time, but I never considered hurting other people like Marga. I never reached that point,” Andrea told reporters during the recent virtual chat to announce that the eight-month run of “Huwag Kang Mangamba” will end soon.

“I also find it hard to be Mira because I would always feel the weight of the role on my shoulders. I represent the members of the Z Generation who believe in God and are helping spread His words,” she pointed out. “It’s always hard for me to come up with something organic for each scene. Gen Z people don’t like repetition so I always have to find a new approach to everything. I don’t want them to get tired of my performance because Mira is such an important character in the series.”

Unlike Marga, who is sort of a bad influence, Andrea said, “the pressure to become a good role model is something else. Mira should be someone that the youth idolizes. People should believe in what she says.”

Francine Diaz, the other female member of the quartet The Gold Squad, also admitted that portraying Joy in the series drained her physically and emotionally.

Comparing Joy to Cassie, her character in “Kadenang Ginto,” Francine said the latter is more complex. “Cassie only has one personality—she is kind. She can be defiant, but never too much. She can get angry, but you couldn’t see it in her face. Joy, on the other hand, was once a rebel. She would question everything. She was once a doubter.”

Francine recalled: “There was one lock-in taping cycle when, as Joy, I did nothing but cry, from day to night. That was hard! There were times when I had no more tears to shed because I had to do it again and again. It drained me so much. I never experienced this while doing Cassie.”

“It was also hard to let go of Joy. There was a time when, as Francine, I’d feel sad and would cry even when I’m already at home. I felt extremely attached to Joy. I’m happy because I learned a lot from portraying her. I realized that if you truly believe in the existence of Bro (modern term for God), then you shouldn’t question or doubt His motives,” the 17-year-old actress said. “Joy was like that for a time, and I was afraid that our young audience will imitate her. She did a lot of things without realizing they were wrong. Still, being Joy helped mold me to be a better person.” 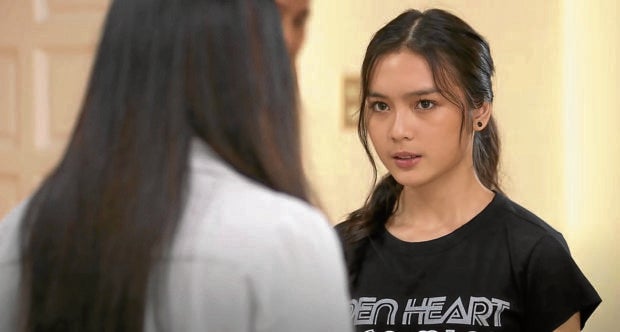 Andrea and Francine may have effectively played fierce rivals in “Kadenang Ginto,” but the two teenage stars, who are good friends in real life, said they prefer being Mira and Joy, who eventually became allies in “Huwag Kang Mangamba.”

“I’d rather that Chin (Francine’s nickname) and I play friends in the series. We help each other. If she needed to draw emotions from me, I was there for her. She was like that for me, too. I would simply look into her eyes and I would be able to cry,” said Andrea.

“It’s difficult for us when we’re fighting each other,” added Francine. “It’s true that even though you’re OK in real life, you have to be able to show that you’re angry with each other on screen. That’s what we don’t like about our job. We don’t like to slap each other, to pull each other’s hair, but since it’s work, we had to do it.”

At the beginning of the series, Joy was aloof toward Mira, Francine pointed out. “That was hard for me. While on the set, I would observe Andrea. In my mind, I would ask, ‘Away nanaman ba?’ Eventually, I felt happy with the story flow because we became allies. We would help each other. With just one look at her, or by simply holding her hands, I would be able to cry. It’s really teamwork, on- and off-cam.”

Asked to share what they thought was the lesson that the show wanted to impart when it comes to faith in God and in humanity, Francine replied: “When you keep calling out to Him but you feel like He isn’t answering, just don’t let go of your trust in Him. It’s all about waiting for the right time, His time. Just believe. Whatever Bro’s plan for you is, it will happen. Just keep a strong faith.” 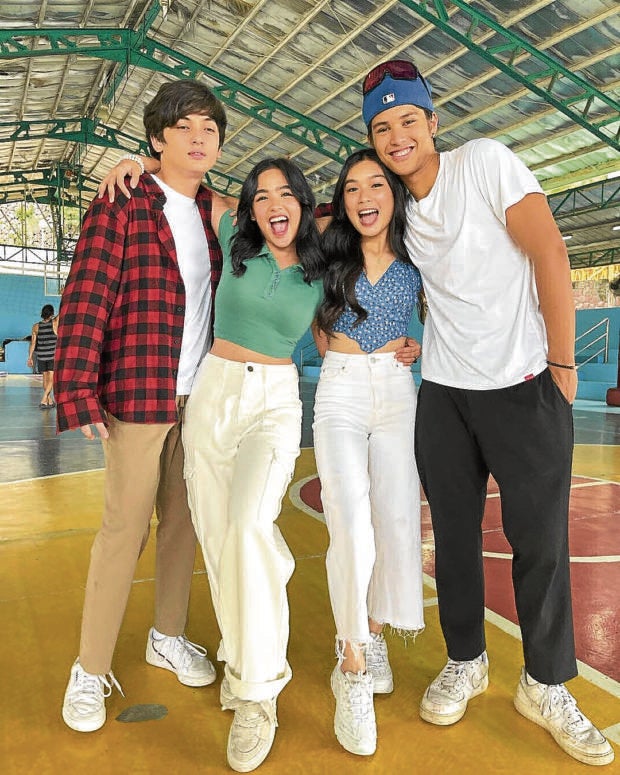 Andrea, meanwhile, is convinced that she belongs to a generation “that’s less religious.” She explained: “Instead of praying and sharing their heartaches with the Lord, they just tweet about them. They always rant online. While I know that this is another way of coping, I still value what I learned from ‘Huwag Kang Mangamba.’ It’s different if you offer all your sorrows to Bro.

“If you notice, Gen Z people are all on their phones. They are more active on social media and they believe what they read and watch there over what’s written in the Bible. Instead of reading the Bible, they enjoy reading all about gossips on Facebook,” she further said. “Having a strong faith in God is still something else. I hope that The Gold Squad was able to help in this aspect, since we are the representation of the Z Generation. I hope that through our show, we were able to help fellow Gen Zs return to Bro.”