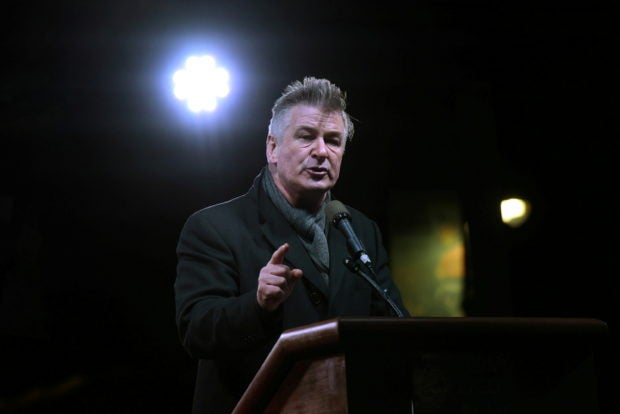 Lawsuits seeking to assign civil liability in the fatal shooting of cinematographer Halyna Hutchins would be most likely to name the “Rust” crew member who inspected the gun, the assistant director who handed it to actor Alec Baldwin and possibly others in the production company, experts said on Wednesday.

New Mexico authorities have not ruled out criminal charges in the case. While rehearsing a scene on the movie set, Baldwin accidentally fired a gun that he had been told was safe. The shot killed Hutchins and injured director Joel Souza.

Could there be criminal charges?

Experts said criminal charges are possible, though likely not against Baldwin.

The criminal investigation will likely focus instead on how the gun came to be loaded. “I think having live ballistic rounds on a movie set is inexcusable and rises to the level of gross negligence that you see in a criminal charge,” said lawyer Jeff Harris of Harris Lowry Manton.

What could the grounds for lawsuits be?

Hutchins’ family and Souza could file civil lawsuits for financial damages, legal experts said. These lawsuits would most likely argue negligence, legally defined as a failure to exercise a reasonable level of care.

Such claims got a boost from the revelation by Santa Fe County Sheriff Adan Mendoza on Wednesday that the gun handed to Baldwin contained a live round despite having been inspected and declared safe by two people, armorer Hannah Gutierrez and assistant director David Halls, and that other live rounds were found on the set.

Who could be sued?

Harris, who represented the family of a stuntman on AMC’s “The Walking Dead” in a wrongful death case, said both Gutierrez and Halls could be sued. Bryan Sullivan of Early Sullivan, a Los Angeles entertainment attorney, agreed.

Harris said the “Rust” production company, people in supervisory roles and people involved in hiring decisions could also be targeted.

Allocating liability could take years of litigation. The outcome would determine who might have to pay financial damages and how much.

“It’s very common to have multiple defendants whose negligence intermingles with each other,” Harris said.

Baldwin probably will not be held civilly liable for firing the gun after being told it was safe. However, he could face liability as one of the film’s producers, said Sullivan.

A court “would look at who had ultimate authority to ensure the safety of the set,” he said.

What are the obstacles to damage claims?

Defendants in a civil lawsuit would likely argue the shooting was a workplace accident, meaning that the victims could only seek payment through workers’ compensation insurance.

However, University of New Mexico School of Law professor Sonia Gipson Rankin said the victims could seek to prove that defendants had ignored safety concerns in the past and were knowingly acting in a dangerous way.

If successful, the victims might be able to seek damages in court, rather than through workers’ compensation. JB