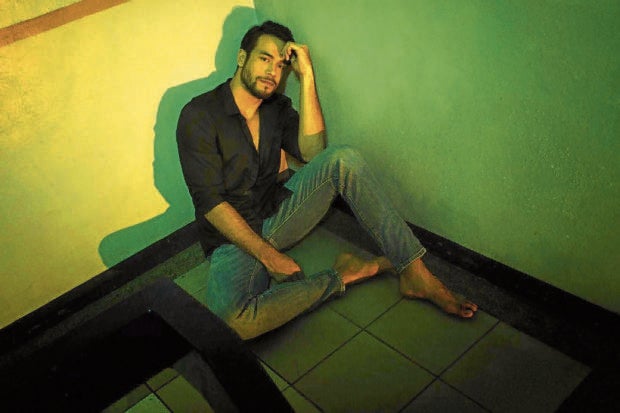 He would be lying, Kit Thompson admitted, if he said he doesn’t feel flattered when netizens compliment him for his looks, or when they call him “masarap.”

“Of course, I can’t deny, it’s an ego-booster,” Kit quipped, laughing, in a virtual conference for his new film, the “psychological sexy drama” “Sarap Mong Patayin.” “You’re just human, so you want to be the best version of yourself all the time … I work out, I watch my diet, I put in the effort.”

The positive comments from fans are validation that he must be doing something right. “When you do all the work and people start noticing and praising you, it feels good because it means what you’re working hard for is actually working. And that gives more reason to stick to it, improve yourself and be better,” he said.

As in his previous films “Belle Douleur” and “Momol Nights,” “Sarap” had Kit baring his body and doing intimate scenes. For the 24-year-old actor, it’s all about doing his job and fulfilling what the material calls for.

“Nudity isn’t the highlight for me, and it shouldn’t be—it’s the story and the value of the movie. That’s what I look at. If I like a certain project, then I will be more inclined to do things I have never done before,” related Kit, who was also asked if he would be open to doing frontal nudity on screen.

In “Sarap”—directed by Darryl Yap and now available for streaming on Vivamax—Kit plays Yael, a gym employee who uses an online dating app that allows users to set up sexual activities. A gay man named Noel (Lassy Marquez) takes a liking to Yael’s profile.

Hoping to score a personal date—and extort money—Noel connives with his friend, Krista (Ariella Arida), using her photos to lure Yael. Things take a dark turn, however, when Yael eventually realizes that he’s being catfished or swindled by an internet user using a false identity.

One of the most talked about scenes from the movie’s trailer is Kit’s bed sequence with Lassy, which they jokingly referred to as the “dasal” scene. Shooting it, Kit said, was a hoot.

“I’m glad with how our scene turned out. The scene was fun and we just made light of it,” related Kit, who described Lassy as a “kind and professional” co-actor. “He’s so kind. And sobrang lambing. Our scene was next level, but he was very sweet and very polite. But when it’s time for work, he focuses on it.”

The former “Pinoy Big Brother: Teen Edition 4” housemate also teased at a challenging “torture” scene with Lassy and Ariella. “It’s something twisted, fucked up … something I wouldn’t ever think of doing. It was tough to get into the character mentally and emotionally,” he said.

Nonetheless, it’s offbeat characters like Yael that excite him most. “It’s different … something I haven’t done before, which only makes me want to do it more. I’m really excited about the project,” he said of “Sarap,” which—among other things—aims to illustrate the potential dangers of catfishing and meeting strangers online.

“I have never catfished anyone. It’s wrong to pretend you’re someone else. It’s something that allows some people to extort money and do other bad things,” he said.

Kit also expressed some of his misgivings using dating apps. “At the end of the day, many of us still hope for deeper connection. And it can be hard to find something genuine when it’s as easy as swiping left or right,” he said. INQ