The award-winning movie will next be screened in Tokyo.

The Filipino people are known for their resilience. Put them in any difficult situation and they will surely survive,” said independent filmmaker Brillante Ma Mendoza when Inquirer Entertainment asked for his thoughts on the fact that Filipino artists continue to win international awards despite the pandemic. Mendoza has just won another trophy, this time, the Kim Ji-seok award for best picture (Window of Asian Cinema category) from the 26th Busan International Film Festival (BIFF) in South Korea for his dramatic film “Gensan Punch.” He shared the award with Indian filmmaker Aparna Sen, who megged “The Rapist.”

Mendoza said that it is during difficult situations like the pandemic when “you will really see Filipinos survive and thrive. One of the most important traits of Pinoys is our being resilient,” said the 2009 Cannes best director (“Kinatay”).

As to how significant this latest award to him as a filmmaker is, Mendoza said: “I’m very happy because the award is named after a very good friend, (the late) Kim Ji-seok. I feel a sense of accomplishment as an artist and as a Filipino because this award will make the international audience become aware of General Santos (a city in South Cotabato) and its boxers,” said Mendoza shortly after he received word of his victory.

“Gensan Punch” is inspired by the true story of a Japanese man with a prosthetic leg named Nao Tsuyama (Itokazu Shogen), who traveled to General Santos City in the Philippines to train as a professional boxer. Mendoza said he chose for “Gensan Punch” to premiere at the BIFF because the festival shares his goal in “giving value and importance to Asian films. Plus, with the screening of ‘Gensan Punch’ there, the project has come full circle.” Mendoza further explained: “I was first approached by my (Japanese) producers while attending the Busan filmfest, and then we met in Tokyo to sign the deal. Eventually, they came to Manila to finalize the project. Now, it’s being shown in Busan.” 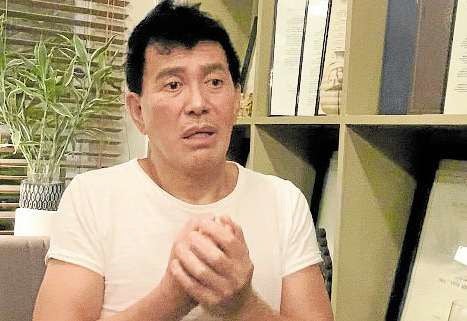 In a previous interview, Mendoza said he received calls from “concerned parties” asking whether the film was created to help promote Pacquiao in his bid to run for president in the May 2022 elections.

Mendoza denied this, saying, “We understand that Gen San is very much identified with Pacquiao. That is precisely why we felt we needed to include him in the story, but this does not focus on him nor on his career as a boxer.” Mendoza is one of seven finalists who competed for the Kim Ji-Seok award. Among the most prominent are Bangladesh’s Mostofa Sarwar Farooki (“No Land’s Man”) and Japan’s Ogigami Naoko (“Riverside Mukolitta”). The award was created in 2017 to honor the works of the festival’s former program director.