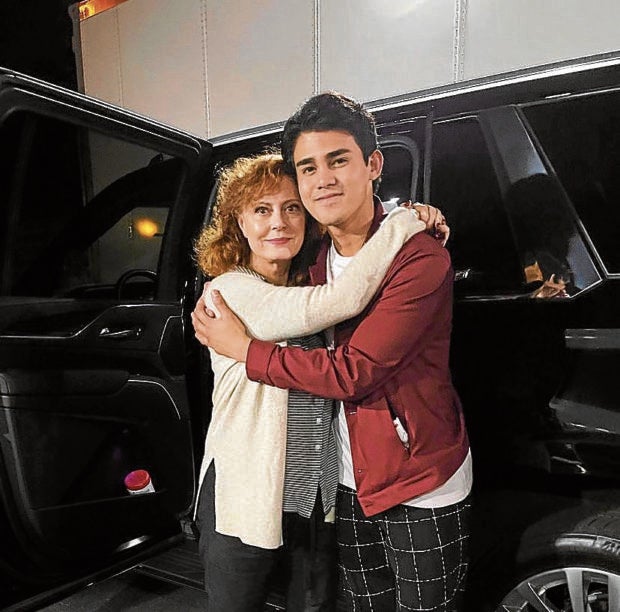 For the longest time, Iñigo Pascual was told by naysayers that he only made it in the industry, because of his father, Piolo Pascual. But it was something that he never allowed to get into him.

“I didn’t really feel pressured or scared about that because, deep inside, I know that my heart is into making music, acting and entertaining people. And I do those things because I love them, not because I want to prove to myself that I’m not just Piolo’s son,” the singer-actor told the Inquirer.

He recently scored the biggest break of his career so far, landing a lead role in the Fox-produced Hollywood television series “Monarch,” which also stars A-list actress Susan Sarandon.

But despite this achievement, he’s reluctant to read too much into it. “I don’t want to say that I auditioned by myself and made it without any connections or using Papa’s name. That’s not how I measure success,” he said.

The 24-year-old actor is just out to pursue his goals without comparing himself to anyone. “I will always be proud to be my dad’s son, and I’m proud of who he is in the industry,” he said. “But I’m here to live my purpose and dream. That’s what matters to me. The reason shouldn’t be because I’m trying to get out of his shadow.” INQ