Clooney goes for kindness with new movie ‘The Tender Bar’ 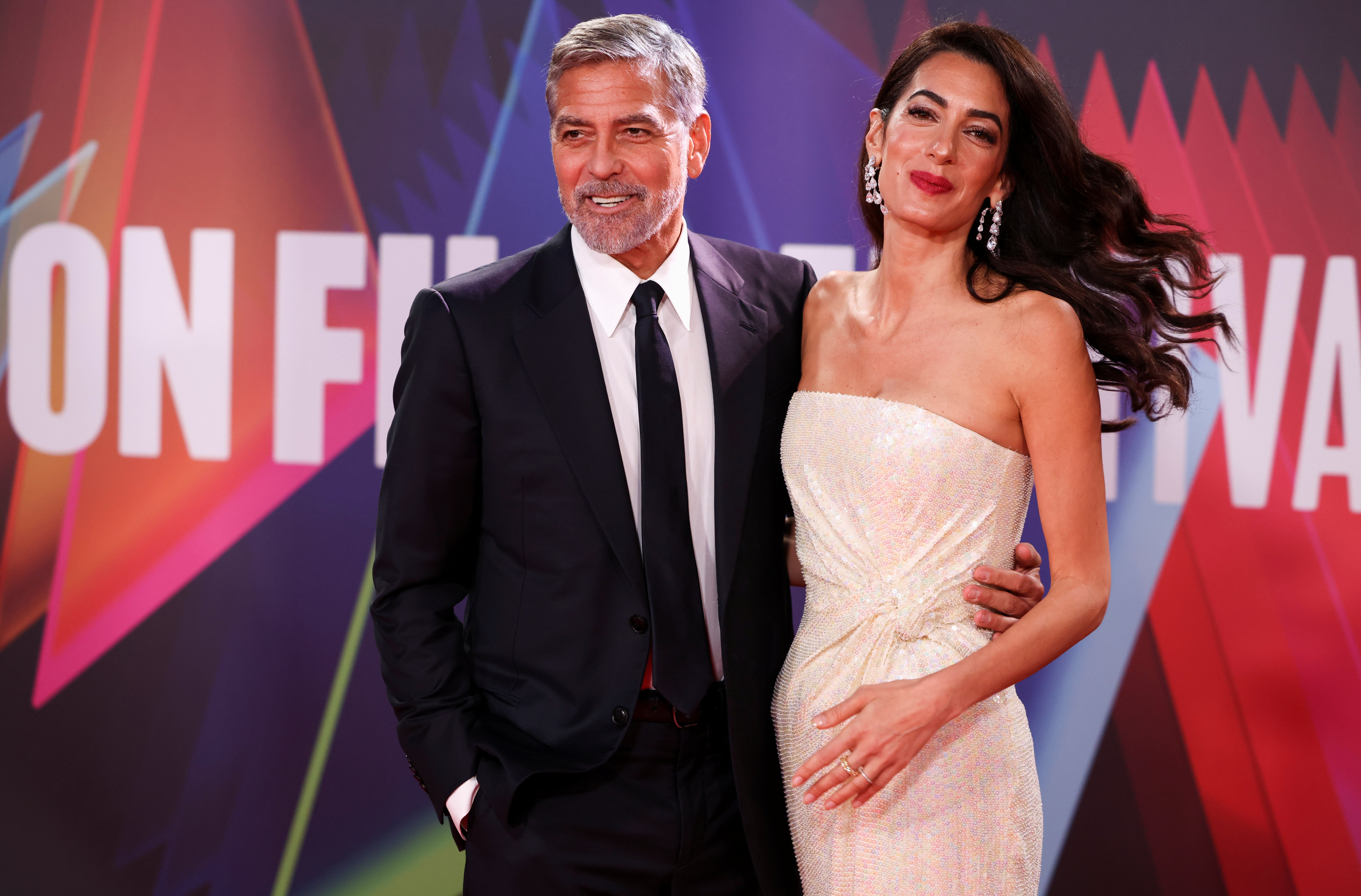 Director George Clooney and his wife lawyer Amal Clooney arrive for a screening of the film “The Tender Bar” as part of the BFI London Film Festival, in London, Britain, October 10, 2021. (REUTERS)

LONDON  – George Clooney is back behind the camera for “The Tender Bar”, a coming-of-age story starring Ben Affleck and Tye Sheridan.

The feature film, Clooney’s eighth as director, is based on the memoirs of American author J.R. Moehringer, who found substitutes for his absent father at his uncle Charlie’s New York pub.

“It was nice. It was gentle. It was kind, and I don’t often do films like that,” Clooney told Reuters on Sunday, at the London Film Festival premiere of the drama.

The film sees JR, played by Sheridan and newcomer Daniel Ranieri, being taken under the wing of his barman uncle played by Affleck, and finding shelter in his establishment. Influenced by the stories told by the bar’s colourful cast of patrons, JR matures from an insecure boy to an acclaimed writer.

Casting his friend Affleck as the larger-than-life Uncle Charlie was a no-brainer, said Clooney.

“This character is really smart and he’s a bit of a goofball and Ben is all of those things.”

Clooney said turning 60 in May had made him re-evaluate his priorities.

“Sixty changes the dynamic a little bit. Amal and I talk about it all the time,” he said, referring to his wife, human rights lawyer Amal Clooney.

“It doesn’t mean not working, because working is really important to both of us, but also making sure that we also spend time with each other and with our family.”