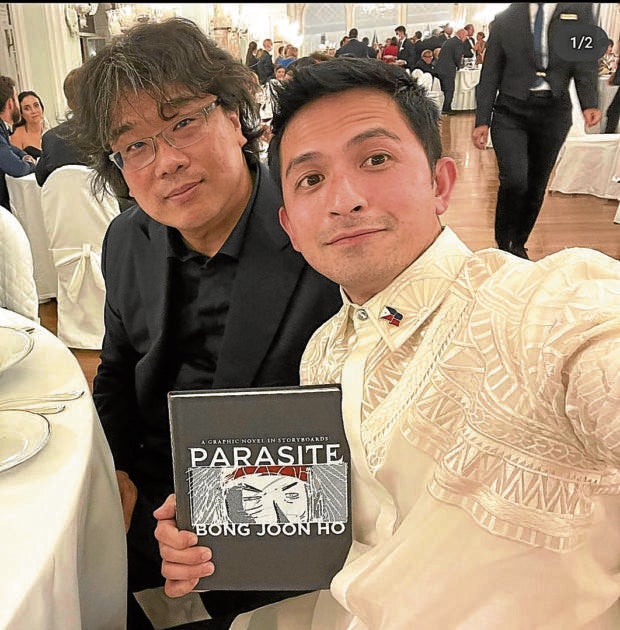 Dennis Trillo did not exactly lose to John Arcilla as best actor in the 78th Venice International Film Festival (VIFF). He almost won—if only a joint award was allowed to be given to the two brilliant actors of Erik Matti ‘s “On The Job: The Missing 8” (OTJ 2).

In the crime thriller streaming on HBO Go, Dennis portrays a prisoner temporarily freed to carry out assassinations. Even if the Kapuso star did not bag the Volpi Cup (for best actor) while he was in Venice, his cup runneth over, anyway.

What was your most surreal moment at the VIFF?

When I met the members of the jury, Cynthia Erivo, Sarah Gadon, directors Chloe Zhao and Bong Joon-ho, and hearing them say that they love “OTJ 2.” And seeing Penelope Cruz and Maggie Gyllenhaal. Also, when Bong Joon-ho signed my book (the graphic novel of “Parasite”).

Chloé Zhao said that if they were allowed to give a joint award, it would have been a tie between John Arcilla and you. How do you feel about it?

Hearing it first-hand from director Bong Joon-ho, I felt somewhat entranced… I was in disbelief. I did not expect him to say that I just portrayed my role as natural and as best as I could. I was vigilant in listening to Erik Matti’s directions.

How do you feel that John won instead of you?

I feel very happy for Kuya John, and I know it was long overdue for him. He has been my idol ever since I started show biz. I love the guy, I’m so happy for him. The jury’s comments on my performance, being there to experience the Venice Film Festival and to witness the success of our film, that’s heaven already for me. No need for an individual award.

How has “OTJ 2” changed you as an actor?

“OTJ 2” somehow reignited my passion in making more projects that are world-class. We shot this movie for two years in various conditions, including the early part of the pandemic, but it was definitely worth all the hard work.

What’s more important to you, awards or box-office success?

Neither. Knowing that my performance moved the audience. That they learned something or were inspired by it. That is what’s most important to me.

Andrew E’s ‘throwback to the future’

Andrew E can hardly believe that a song he wrote 17 years ago has become a TikTok trend. His old hit, “Shoot Shoot ‘Di Ko Siya Titigilan” (SSDKST), which has gone viral in the world of ‘Tiktokerists,” is now a movie streaming on Vivamax.

In the sex-comedy directed by Al Tantay, Andrew is paired off with AJ Raval and Sunshine Guimary. The cool rapper can’t seem to wrap his head around the “throwback to the future” phenomenon of his song. 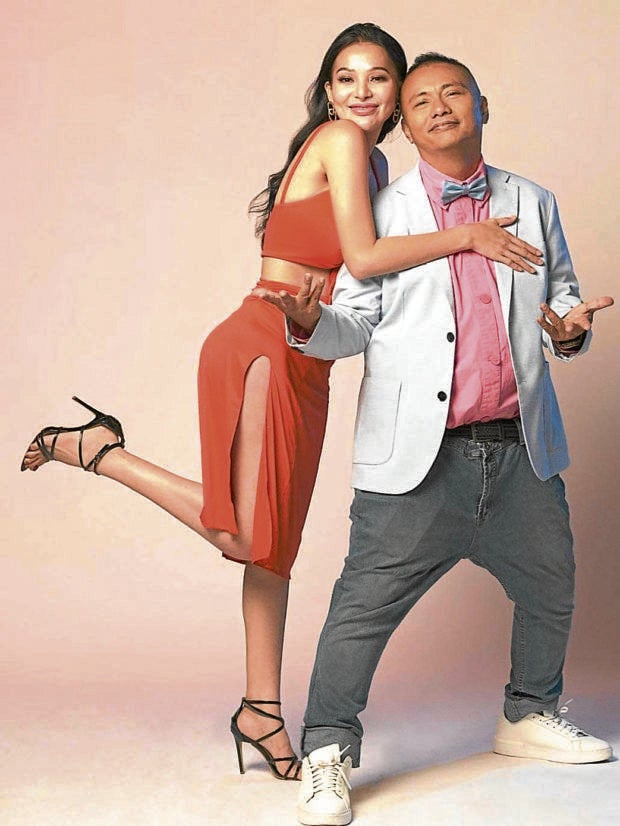 Here are quotes from AJ, Sunshine (S) and Andrew (A):

AJ: I find it easier to do comedy than sexy scenes. That’s because I am goofy by nature. I made an effort to have more finesse when I started playing sexy roles. I used to be a bit boyish and was not into dieting and exercising. But now, it comes with my job description.

A: What I lack in looks, I make up for in the stories I tell through my songs. I look at the reverse side to come up with stories that will make people sit up and listen. Like my monster hit, “Humanap Ka ng Panget.” The unusual message of that song hit the right spot and made people look at love differently.S: I’ve reached a point where I love my bashers already. They give spice to my career.

AJ: On our first shooting day, Andrew and I did our kissing scene. He made me feel at home, so there was no awkwardness at all.

A: When I wrote “SSDKST” back in the day, it was based on long-distance relationships. At some point, couples in an LDR wonder who’s fooling who. During this pandemic, I wrote 10 songs for my new album, “KaTRENDtaduhan.”

S: I don’t mind being typecast as a sexy star. If I don’t play sexy, it won’t seem to be the Sunshine that people are expecting to see. But I hope the time will come when I will be given meatier roles with slapping scenes and power lines.

The pandemic cannot stop Gabay Guro (GG) on its 14th year as the advocacy of PLDT Smart Foundation presented a star-studded lineup of performers to honor teachers. With the theme, “Guro sa Gitna ng Pandemya: Heroes for Digital Transformation,” this year’s three-hour tribute was streamed live on GG’s Facebook page. Some of the stars who serenaded the teachers were Jose Mari Chan, Regine Velasquez, Martin Nievera, Basil Valdez, Zsa Zsa Padilla and Sharon Cuneta. “Behind every great Filipino is a great teacher,” reminded the foundation’s chair Chaye Cabal-Revilla. “Teachers change lives. Let us help change theirs.”