For Marco Gallo, there’s more to ‘Manananggal’ than his butt exposure, daring scenes 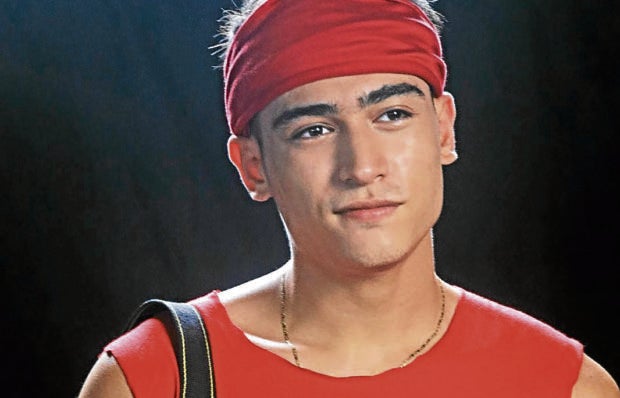 The production crew was taken by surprise—or, as director Darryl Yap put it, naloka. But as far as the Filipino-Italian actor was concerned, he was simply being considerate and professional by going about the scene matter-of-factly.

“We were rushing. The sun was setting so we had to chase the light. I didn’t want to cause delay and hassle everyone by putting on plasters,” Marco related. “My character had to take a shower. I lathered up my butt cheeks, because that’s what people do when they clean themselves up. I just did it the way I thought it should be done. I don’t think there was a problem.”

While his actions may imply that he has always been comfortable with his body, the truth, he said, is that he’s actually not.

“I was chubby growing up. It was a big issue in my life because I was fat-shamed and bullied because of my weight. I wasn’t as active as I wanted,” he told the Inquirer. “But my struggle eventually became a source of strength; it gave me confidence no one else could give. I figured that, if I can overcome something like that, I will be ready for life’s other challenges.”

Needless to say, the scene isn’t necessarily indicative of what he’s willing to do onscreen for future projects.

“I don’t think I have been offered to do anything like this before. It’s not me; it’s my character. Just because I did it here doesn’t mean I will do something like that again. I just did it because it’s part of the story. It will depend on the material,” he said. “And I don’t think I’m sexy as some people suggest.”

Shot in Siquijor province, “Ang Manananggal” is a romantic comedy flick with elements of horror and local folklore. It follows Giuseppe (Marco), a college student who troops to a small barrio for his thesis research on the aswang. There, he meets Giniper (Aubrey Caraan), who helps him with his research, not only through oral accounts, but also by way of “enchanting encounters.”

It’s not all about his butt cheeks, joked the former “Pinoy Big Brother 7” housemate.

“There’s more to it, and people will understand what I’m saying once they see it,” he said of the film, which was made available for streaming on Vivamax last Oct. 1. “There’s a lot of depth to my character. It’s different from what I have done in the past. I think it’s one of the more important roles I have played.”

He also fell in love with the island. “Coming down from the boat was magical. It was in the evening, but you could still see how clear the water was. And it wasn’t just clear, it was glistening in the dark. I will never forget that moment… It caught my heart,” he said.

His biggest hurdle was delivering the kilometric lines Yap is known for. “There was a lot of memorization involved. At first, I was scared. But later on, I saw the beauty in the lines, and they sounded like poetry to me. I prepared for them by reciting my lines over and over.”

While he was happy he was able to deliver his lines well, he knows that he still needs to improve his command of the language if he were to do more serious roles in the future.

“I feel like I’m at a good point with my Tagalog. I don’t have much trouble with pronunciation. I can understand it. But I have difficulty constructing sentences on a day-to-day basis,” he related “The reason I speak English more often is because the people I’m usually with speak it. But when I’m with my Filipino mom’s family, I do adapt and speak Tagalog.”

“But I still have a lot to learn… I want to reach the level of Tagalog where I can fully appreciate its poetic quality,” added Marco, who hopes to try different acting genres in the future. “That’s my target in the coming years. With the right directors or people, I can do it.”

The 20-year-old celebrity also feels blessed and grateful to be working at a time when others can’t. “I didn’t expect that I would be given a chance to work in these times. I accepted early on that no projects would come my way because of the pandemic. But here we are, doing projects we love. And I hope we can keep doing it.” INQ