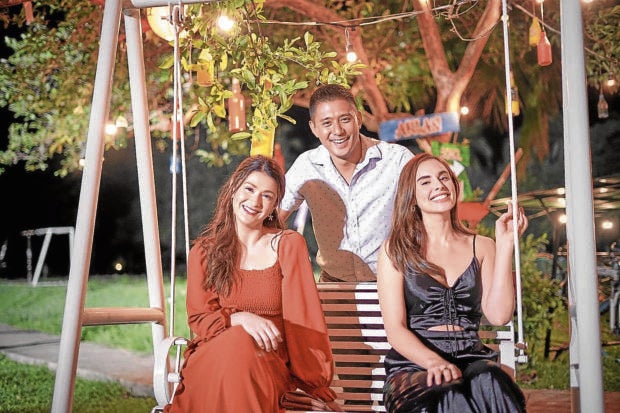 Next month, Carla Abellana will finally tie the knot with her partner of seven years, Tom Rodriguez. And the bride-to-be can’t help but get the prewedding jitters.

“There are times when I feel anxious, like, ‘Ano ba ‘to?’ But of course, not to the point where I’m thinking twice or anything,” she said in a recent virtual press conference for GMA 7’s new primetime drama series, “To Have & to Hold,” which started airing on Sept. 27.

Organizing a wedding amid a pandemic was challenging for the couple. Not only did they have to plan around restrictions that may or may not change, they also had to do coordination work from within their respective taping bubbles.

“It’s hard to juggle work and planning, but they need to be done. When we announced our engagement last March, we thought we would be able to really focus on the wedding. But we ended up having to rework our schedule,” said Carla, who also had to come up with contingency plans in case there’s a sudden shift in protocols.

The wedding will take place on Oct. 23 at the Madre de Dios Chapel in Tagaytay Midlands.

“Thankfully, most meetings nowadays are done through Zoom because of the pandemic. There were some things I couldn’t do while I was in locked-in taping, but we made them work. In between scenes, and in my lunch breaks, I would squeeze in meetings with my coordinators and give updates to the suppliers,” she said.

“To Have & to Hold” follows the lives of Gavin (Rocco Nacino) and Dominique (Max Collins) whose marriage is on the brink of collapse. An unexpected turn of events has Gavin crossing paths with Erica (Carla), whose husband, Tony (Rafael Rosell), as it turns out, is having an “untold connection” with Dominique.

“Erica is a devoted and selfless wife. Her circle is very small—just her husband and mother. She comes from a broken family; an illegitimate child, at that. That’s why she will do everything to keep her family whole,” Carla said of her character.

For Carla, it’s difficult to play someone like Erica because their personalities can never be more different.

“She tends to use her heart more than her head. Ideally, you use both. But in her case, she follows her heart so much that she can no longer think straight,” she said. “It’s hard to portray a role like that because I disagree with her decision-making. I had to constantly remind myself she’s not me.”

Thus, Carla found herself trying to draw as much inspiration as she could from her previous work and experiences. “Every person is shaped by his or her experiences in life. That’s crucial to our growth as individuals. In turn, it also helps me understand better the various characters I play,” she said. 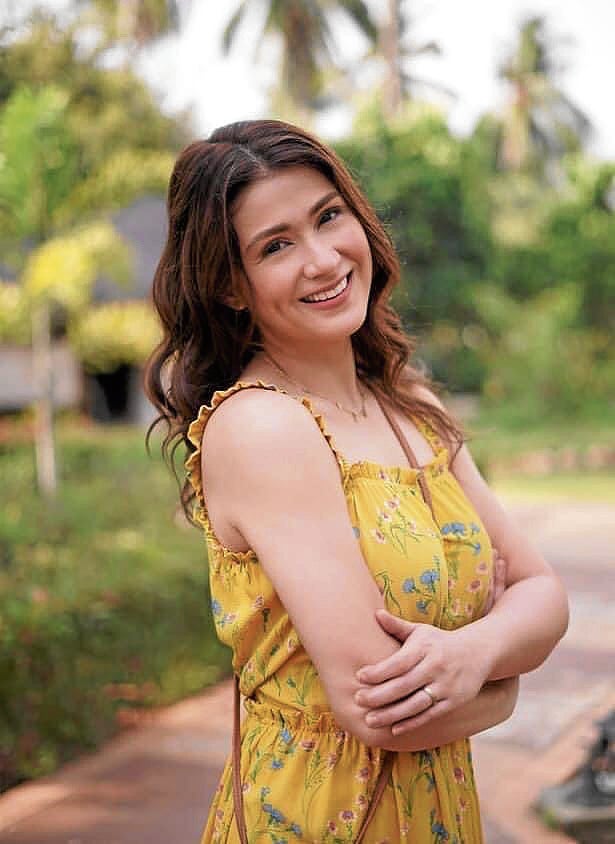 One of the show’s overarching themes is infidelity and its cascade effect on everyone involved. “It’s a sensitive topic, but it’s real. No one wants it to happen to our loved ones, but it does. But the good thing here is that we will be showing the uncomfortable realities that come with it … how it affects the families and other people,” she said.

“This is not to normalize infidelity or making that mistake,” she stressed. “But we just hope to portray it in a realistic manner … The show isn’t just about infidelity. It’s also about family, forgiveness and finding yourself and your happiness, without having to depend on others.”

Asked if she thinks she can forgive an act of indiscretion, Carla said she may be inclined to do it, but only if the offending party shows remorse and is willing to make the necessary changes to fix the relationship.

“Once you offer forgiveness, the real work comes in. You don’t just go back to how things are. Changes, adjustments, sacrifices should be made by the person who cheated on you,” she said.

But at what point does forgiveness turn into “martyrdom”?

“When you’re committed to one another, not only on paper, but also in front of God, you will do everything to save your marriage,” she said. “I would like to believe that [forgiving] is unconditional love. But if your loved one commits the same mistake over and over again, and you keep forgiving him or her over and over again, that’s when people start calling you a martyr.” INQ