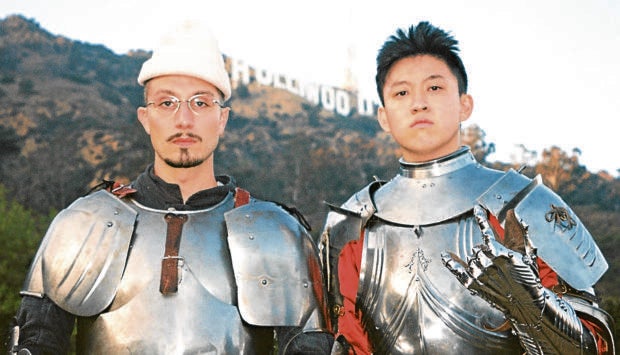 If he knew the recipe for online virality, he would probably be rich by now, joked the Canadian hip-hop artist bbno$.

His 2019 breakout single “Lalala” could very well be a “poster child” of the streaming era: The song was promoted using blogs, meme pages and social media apps like TikTok, where it has been used and viewed millions of times. It has 784 million streams on Spotify and another 469 million on YouTube. “Lalala’s” online success eventually translated to the charts, with the song reaching top 20 or better in almost 20 countries. In the United States, it was certified double platinum.

But you can only do so much planning, bbno$ pointed out. It all boils down to the quality of the material. And once the track is out there, the ball goes to the listeners’ hands.

“In the case of ‘Lalala,’ everything worked out to its favor… But it’s genuinely just a good song. By the second hook, you already know what to feel about it. It’s easy, fun, super digestible and has energy,” he said in a video interview arranged by Blackstar.

“But I don’t think you can really formulate success on TikTok. You can’t artificially make it,” added bbno$, whose real name is Alexander Leon Gumuchian. “That’s what I love about it—you rely on the people. At the end of the day, that’s how it should be.”

‘Career out of nowhere’

And this new model has practically leveled the playing field for aspiring music artists. “Decades ago, there was payola—you pay to put your songs on the radio. And then maybe you become the next big thing. But these days, you can make a song, and it can just take off. You can make a career out of nowhere—aka me! And it’s cool,” he said.

The 26-year-old rapper-songwriter has been putting out new songs en route to the release of his upcoming sixth studio album, “Eat Your Veggies.” One of them is “Edamame,” a collaboration with the Indonesian rapper Rich Brian, whom bbno$ has always admired. The song is described as having thumping basslines, a horn-inspired hook and an uptempo beat that shows off the two rappers’ “effortless flow.”

“I remember when he sent his verse, I was like ‘It’s real!’ It’s really cool. It’s almost a full circle. You get to meet people you look up to. You work with them and they’re just normal people. Music-wise, you’re on the same page. This should have happened a long time ago! But he’s a good kid. And the dopest part is that we get along,” said the rapper, who has another new song out called “I Remember.”

For the music video, bbno$ and Rich Brian wore heavy armor suits just for kicks. It’s fun, silly and perfectly fits bbno$’s music and humor, which thrives on irony. “It’s my brand, to be honest. It’s all just funny and satirical,” said bbno$, who once posted a photo of him lying on a bed of $1 bills.

As a child, he was compelled to learn the piano and enjoyed playing Djembe drums. These were his first introduction to music, and it helped him develop an ear for it. Growing up, he gravitated toward dubstep, trap and hip-hop—styles that inspired and shaped his ability to write songs. 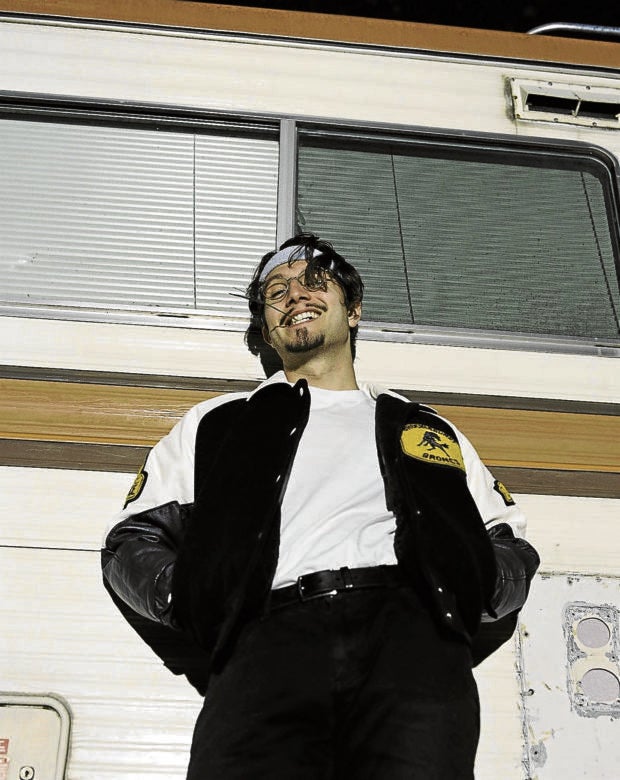 Between 2014 and 2016, bbno$ began uploading his early work—most of which done for his enjoyment—on online platforms like SoundCloud, where he attracted millions of followers. Later on, he enjoyed unexpected success in China, after a member of the Chinese idol group TFBoys danced to one of his songs.

Now, bbno$’ discography has been streamed around 2 billion times and used in 10 million TikTok videos with collective views of over 2 billion. He has also headlined sold-out tours in North America, Europe and China. And he did it all as an independent artist.

Does he think being signed with a label still had advantages in this age?

“I would say it depends on the artist. My brand is DIY. I love doing it by myself. I function as a label, I know how they work, I have done the label interviews,” he said. “But I was lucky I managed to grow a fanbase on SoundCloud out of absolutely nothing. But it’s difficult to do now, because there’s less of a community in music listening services now.”

“Now you have to spend money to put ads out. And if you don’t have a big budget, that can be difficult. That’s where the label comes in,” he pointed out.

But everything circles back to the quality of songs, he reiterated. “If you make good music, people will find you. I have always enjoyed networking, talking to people, weaving through them and seeing what’s up. But if your music’s ass, no one’s going to listen. If your music rocks, people will listen. That’s the bottom line.” INQ