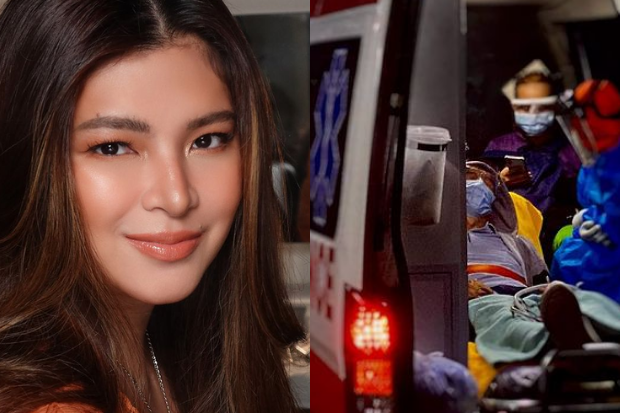 Angel Locsin’s 94-year-old father Angelo Colmenares has tested positive for COVID-19, and the actress admitted she has been feeling “helpless” because of her father’s condition.

The actress revealed that Colmenares contracted COVID-19 by showing a photo and video of him being taken into an ambulance on her Instagram page yesterday, Sept. 12.

“It’s been a week of feeling helpless. Imagine having [COVID-19] at 94. Now imagine being blind in unfamiliar surroundings,” Locsin said.

She then gave encouragement to fans and people with disabilities (PWDs) who are “fighting their battles alone” amid the pandemic.

“So many realizations during this pandemic. We all have our battles, but some definitely more than others,” she added. “To the PWDs and everyone fighting their battles alone, kapit (hold on)! This too shall pass.”

Locsin received numerous supportive messages from fellow celebrities following her update on her father’s health. Some of those who assured they will be praying for Colmenares were Dimples Romana and Iza Calzado.

“Praying for you, Daddy! Dito lang kaming lahat (We are all here) praying for you,” Romana addressed Locsin and her husband, producer Neil Arce. 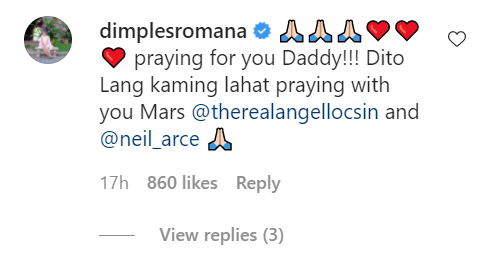