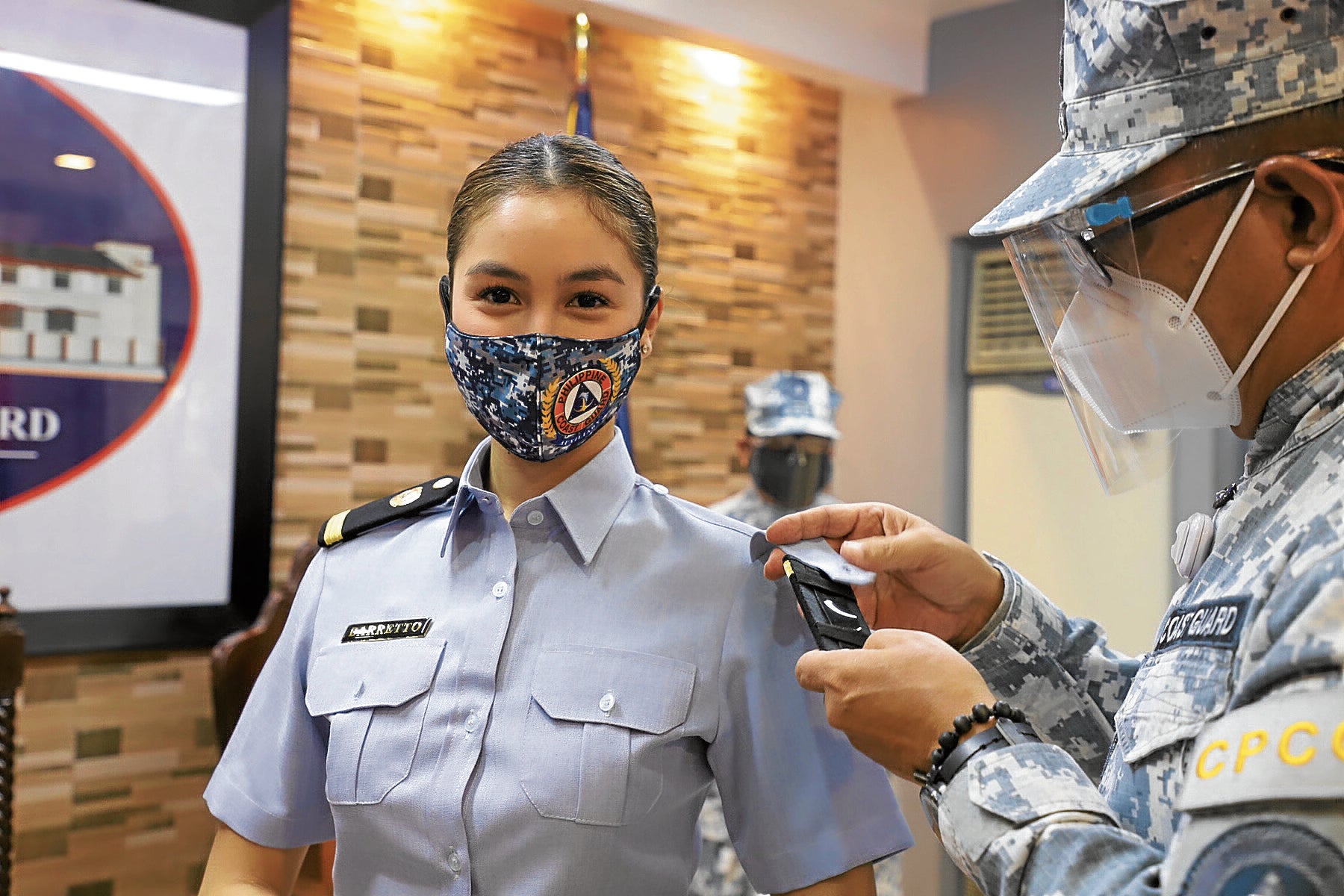 Seeing her boyfriend, Gerald Anderson, fulfill his duties for the Philippine Coast Guard Auxiliary (PCGA) ultimately inspired Julia Barretto to follow suit and join him in his cause.

“As you may know, Ge has been a member of the coast guard for a couple of years now, and I have accompanied him to various donation drives, charity works or projects. And since they (PCGA) often saw me in those, they asked me if I would be interested in joining. I felt it was a good idea since I was already tagging along anyway,” Julia said in a virtual conference for her new series, “‘Di Na Muli” on TV5.

Julia was officially given the rank auxiliary ensign of the K9 Squadron in a ceremony last Sept. 1. Gerald, an auxiliary lieutenant commander, was with Julia during the oath-taking, where she “pledged to actively support the initiatives of the unit toward the delivery of humble and compassionate service to the Filipino people.”

The show biz couple took part in at least two relief operations earlier this year: In March, they helped distribute essential goods to 300 displaced Aeta families in Iba, Zambales; they did the same in Pundaquit, Zambales four months later. 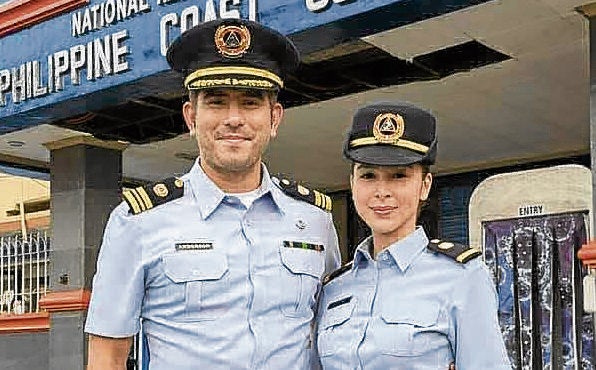 “I learned that as a volunteer, you take part in projects and events that can help people in need. And I got interested after seeing the good effects they had on people. I decided to join, because I wanted to continue doing that and be part of their cause,” Julia said. “I hope others get inspired to join, too.”

Julia plays Yanna, a woman burdened with the gift—or curse—of seeing how much time left other people have in this world. “She comes from a family of fortune tellers. She discovers this skill, which allows her to know a person’s lifespan by holding his or her hands,” she said of her character.

“It’s something that made her fearful and reluctant to form relationships with people, because she knows exactly how much time she has left with them,” related the 24-year-old star, who’s looking forward to her return to primetime, albeit on a weekly basis and on a different network. 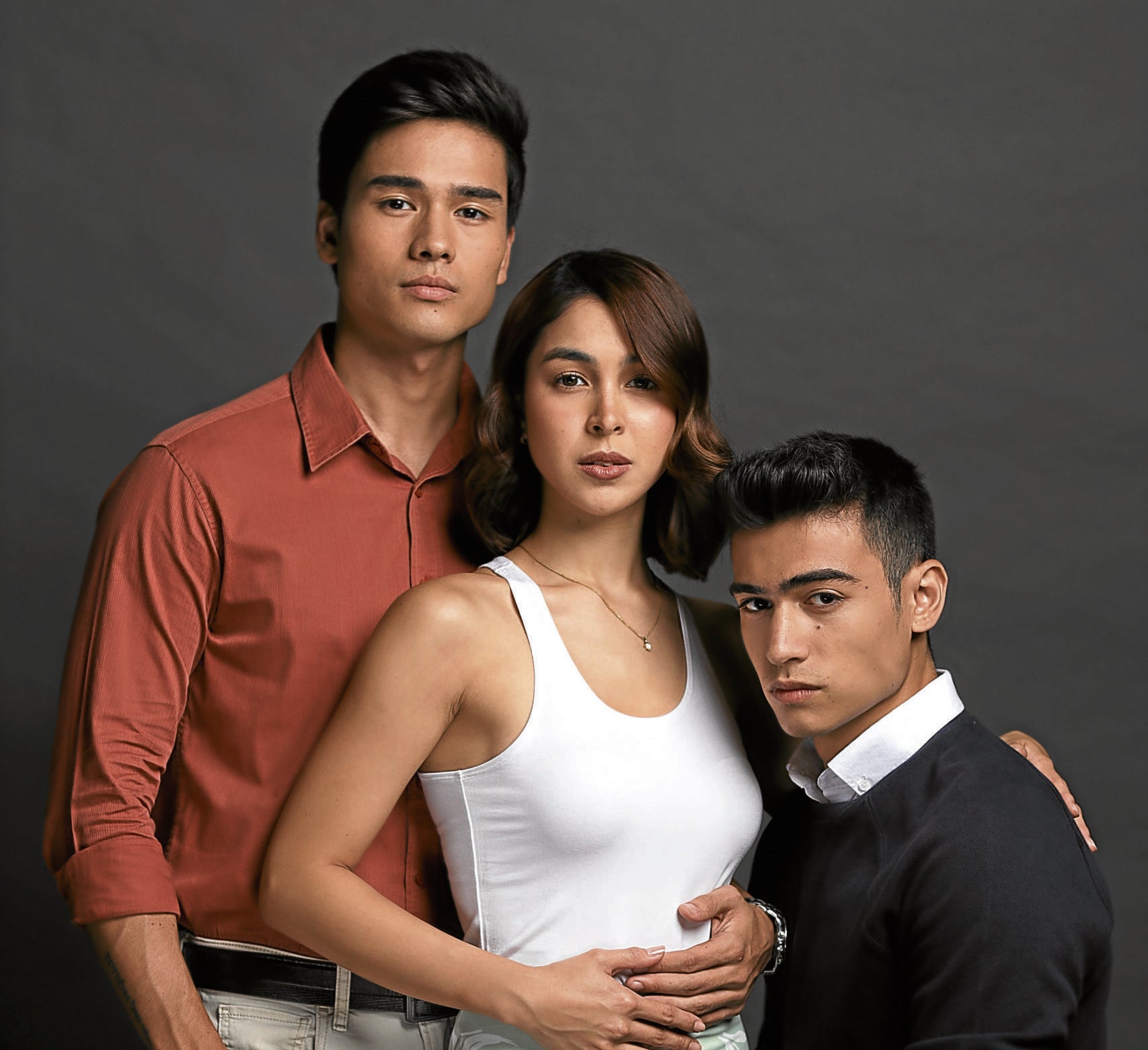 Meanwhile, Gumabao, plays Mico, a man who will challenge Yanna’s perspective on love. Gallo is CJ, Yanna’s childhood friend who teaches her the importance of quality time with loved ones.

“They’re both nice and easy to work with. We felt each other’s support, especially in our setup where we were taping every day for a few months. I appreciate the comfort they bring when doing difficult scenes,” Julia said of her two leading men. “They’re both committed and study their scenes thoroughly. They both have different styles and I’m just glad I was able to see those.”

The series tackles the fleeting nature of life and moving on without regrets. “I don’t want to live with regrets … I feel grateful, happy and content about where I am right now,” she said.

Behind Julia during the video interview was a shelf full of awards she has received throughout her career. Asked by the Inquirer what she feels when she sees her trophies, she said they remind her to “keep moving forward.”

“There will be distractions along the way and you will feel discouraged. But when you’re reminded of your hard work and how far you have come in your life and career, it pushes you to keep going. It makes me feel that I must have done something good. And I want to keep working hard and doing something good,” she said.