‘Sorry’ and ‘ashamed,’ Paolo vows to ‘work on making myself a better person’ after split with LJ | Inquirer Entertainment
Close
menu
search

‘Sorry’ and ‘ashamed,’ Paolo vows to ‘work on making myself a better person’ after split with LJ 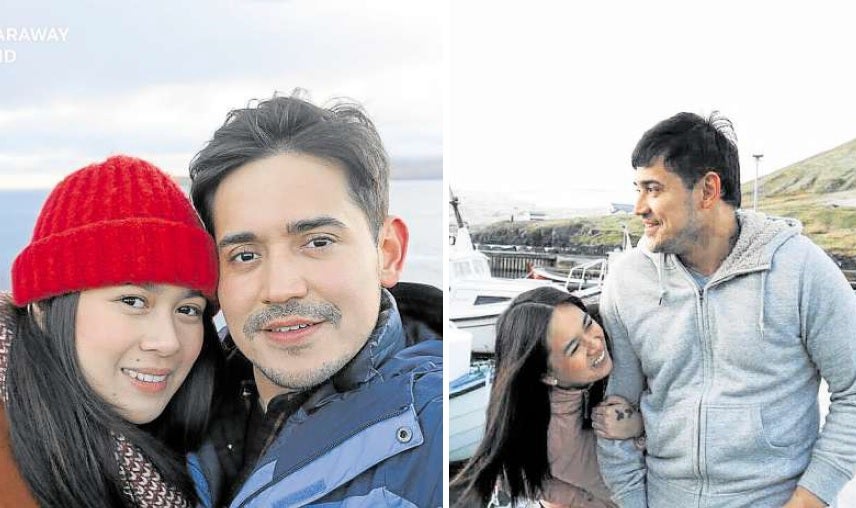 Paolo Contis (right) and Yen Santos on the set of “A Faraway Land” on Faroe Islands, Denmark

Following recent sightings with his rumored new lover, Paolo Contis issued a lengthy itemized statement to address the various speculations surrounding his controversial breakup with LJ Reyes, apologize to people he had aggrieved and defend those who he felt got unwittingly dragged into the fray.

While he’s “sincerely sorry” and “truly ashamed” for being “marupok” and “gago” in his six years with LJ, he insisted that their relationship woes had nothing to do with actress Yen Santos, his costar in the new Netflix movie “A Faraway Land,” which was shot in Faroe Islands, Denmark.

“She (Yen) was never the reason for our breakup. That LJ and I were having problems for quite some time was mainly because of me,” Paolo said. “You’re focusing on her too much in this issue. Even our movie promotion got marred by all sorts of things.”

Suspicions about their relationship only intensified when Paolo was spotted with Yen, his “friend,” in Baguio City shortly after LJ’s interview with Boy Abunda premiered on YouTube.

“When LJ left for the States with the kids (Aki and Summer), I went to Baguio for three days because I wanted to think, and didn’t want to stay in Manila. I was insensitive to the possible effects of the issue and invited Yen for a day, to have someone to talk to, since she lives nearby, also in the north,” he said.

“She went there as a friend,” said Paolo who was caught on camera with Yen, strolling about, arms intertwined. “I didn’t realize she would get blamed. I’m sorry for this.”

Paolo didn’t have anything to say about the money problem LJ alluded to in her interview, but he did deny rumors linking him to illegal drugs. “Someone claimed, citing a reliable source, that I used drugs and hurt LJ and the kids. This isn’t true. I loved and took care of them. I never laid a finger on them.”

He also pleaded to netizens to stop bashing his manager, veteran columnist Lolit Solis, and to stop digging up his past with his ex-wife Lian Paz with whom he also had a much-publicized breakup.

“I consider Lolit as a mom, so it’s just natural for her to defend me,” he pointed out. “I want to apologize to Lian and our kids (Xalene and Xonia), whose already quiet lives were affected by this issue.”

Instead, direct all the hate toward him, Paolo urged his critics. He deserves it, he said. “After LJ’s interview came out, I received countless bashings. I can’t say I deserve those so I’m just taking them all in. I understand your frustrations. I wanted to just stay quiet, but a lot of people are getting dragged into this … If you haven’t grown tired yet, please direct all your hate toward me. No one else deserves it. Only me,” he said.

Paolo also vowed to make it up to Summer and Aki, who are currently with LJ in New York City. “I was very clear to LJ when I told her I wanted to see and take care of Summer, even if LJ and I aren’t OK,” he said.

For now, his goal is to learn from this experience and “work on making myself a better person.” “I hope LJ and I can get to talk someday for the sake of the children,” he said. “To LJ, I’m very sorry for everything. Sa lahat-lahat.”