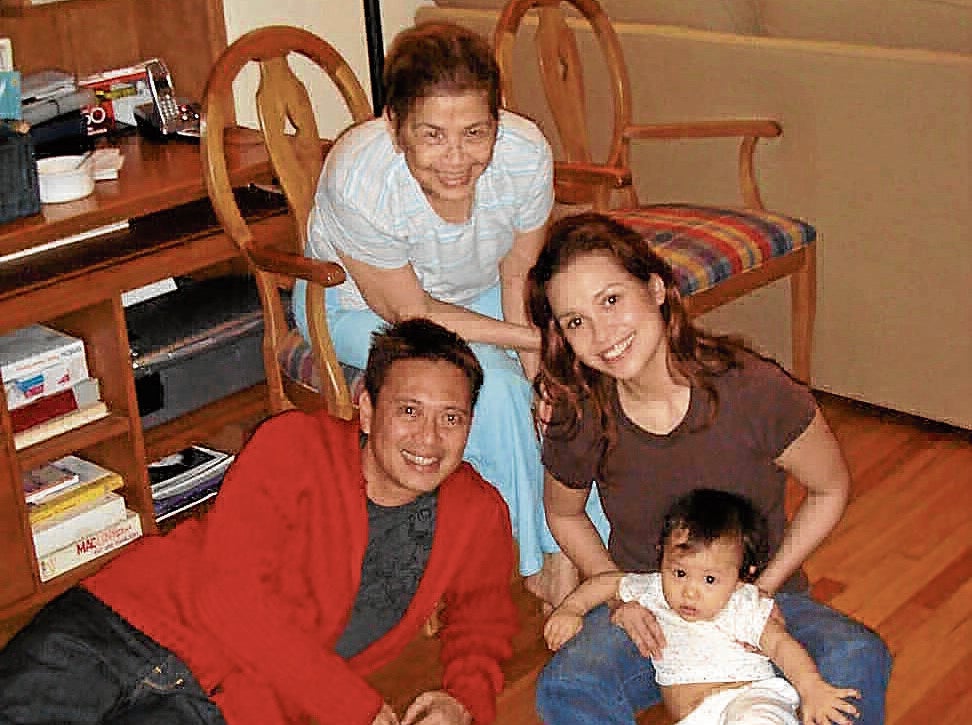 The author (right) with Raymund Isaac, her mom, Ligaya, and daughter Nicole in New York in 2007 —BOBBY GARCIA/CONTRIBUTOR

It was news none of us wanted to receive, and as it spread like wildfire across social media platforms, news sites, group chats and private messages, the news became more and more real.

Our friend Raymund Isaac had passed away. No one wanted to believe it at first. He had been admitted into the hospital after being infected with the COVID-19 virus while on a trip to the United States with his partner (now husband) Jayson Vicente.

Once it was apparent that things were taking a turn for the not-so-good, prayer group chats began storming the heavens for Raymund’s recovery. But alas, things didn’t go our way. Perhaps God had other plans.

Raymund is known as an excellent photographer, one with a keen eye for capturing the rarest of emotions in his subjects, whether they were just starting out or were seasoned veterans of film, music, theater, fashion and politics. He photographed celebrity clients for headshots, advertising campaigns and editorials, and did all of that with his signature lightness of spirit and naughty sense of humor. His studio was always filled with music, laughter, food, and his trademark husky voice barking instructions, asking for coffee, offering a snack, or telling a funny story.

It seems he had an easy way with the talents he worked with. Singer Aliya Parcs said in her Facebook post, “… you had a way to make me feel pretty, you broke all tension with stories and jokes, and you made me feel like a million bucks. You were consistently kind. It was always professional and fun, and you made it all feel so easy peasy (and bitin!).” He was also incredibly generous. Theater actor Sheila Francisco related her own story of Raymund being one of the first people to congratulate her when she bagged the role of Bloody Mary in a production of “South Pacific” at the National Theatre in London.

Here’s a snippet of their conversation:

Sheila: But I leave in 3 days, and I don’t have the budget!

According to Sheila, those headshots made the rounds at casting offices in the United Kingdom and Europe, and did lead to more work for her later on.

Perhaps one of Raymund’s greatest gifts was, as per model and lifestyle journalist Myrza Sison, “… seeing the beauty in everyone, even when they did not see it in themselves. He coaxed it out, taught us to own it, and captured it for all the world to see. He taught us how to come alive and smolder, not just in front of his lens, but also in life; to seize it and live it to the fullest, like he did.” My own memories of Raymund are plentiful: watching him deftly manage my mother at every single session in his studio (she always had such a soft spot for him and Jayson), laughing our heads off at something funny, teasing a character out slowly during a theater sitting (Mrs. Lovett was particularly fun), and hearing him crunchily exclaim, “P***** i**” when he captured something he thought was special.

However, the following is my favorite memory of Raymund, which says a lot about the kind of human being he was.

He and Bobby Garcia (artistic director of Atlantis Productions) came to visit me while I was in New York performing in “Les Misérables.” After the show, they came over to my apartment, where my mom and I were trying to handle Nicole, then a toddler around a year old. She was fussy and uncooperative as she was probably teething and therefore uncomfortable.

Raymund immediately went to her and took her in his arms and started whispering to her. I have no idea what he was telling her, but she instantly calmed down, her eyes focusing on him, her ears trained on his voice.

My mom and I watched agape at the spectacle before our eyes. It was as if he was a baby whisperer, and Raymund explained, “Oh yeah, this is how I am with all my pamangkins.” To this day, I have never seen anything like it.

Beyond the photo sessions, the celebrities, the glitz and the glamour, Raymund was a human being who was determined to live a full and happy life. He loved his work, he loved his friends, and had only the most special part of his heart reserved for Jayson. He was easy and fun to be around, and truly made us see the beauty he always knew was there. And that a frustrated toddler could easily be calmed down by just the sound of his voice hints at a purity within him that only she could sense.

He will be missed by a whole world of actors, singers, models, stylists, makeup artists, hairstylists, and anyone else who had the honor and pleasure of having bathed in his light, both the literal and the figurative, even for a little bit.

Goodbye, whisperer … I am missing you terribly, but I also know you’re watching us from wherever you are. My sincerest condolences to Raymund’s husband, Jayson, sister Anna Mitra, brother Edward Isaac, their respective families, the entire Portfolio staff and crew, and every single friend of his saddened and grieving at this great loss.