Maymay’s latest advocacy: To inspire the youth to exercise right to vote, and vote wisely 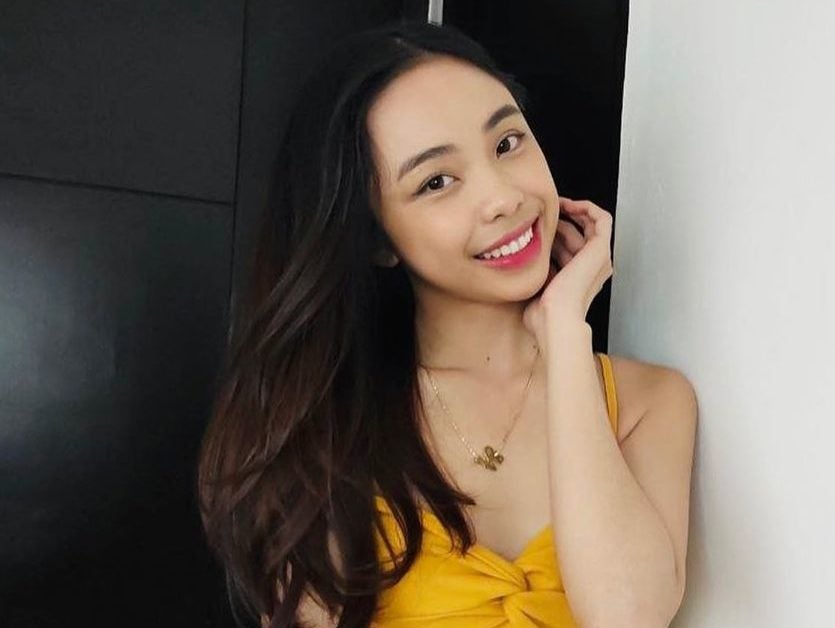 I don’t want them to just be comfortable with what they have now. It’s not bad to aspire for what we think is best for our country,” declared actress Maymay Entrata when asked why she decided to make it her advocacy to educate the youth on the importance of registering and exercising their right to vote.

“I’ve had a change of heart because of my experiences in the last six years. When I was younger, I didn’t know any better. I simply voted for the candidate that I benefited the most from. Now I realize, I didn’t deserve those ‘benefits,’” Maymay told reporters during the recent virtual media conference for her latest project, the digital anthology series “Click, Like, Share 2.”

“But because of what is happening now, I realized that I have to be more aware of what our government leaders are doing as a way of handling the problems of the country. I’ve decided to take action. I made sure I knew what I was talking about, especially when it comes to answering questions about politics,” the 24-year-old actress pointed out. “I’m taking this very seriously. I want to be able to inspire the youth to exercise their right to vote, and to vote wisely.”

“Most of my supporters know that I’m not into social media that much. I would always choose what I post. I make sure to upload only those that will have a positive effect on people,” she said.

When it came to the topic of handling negative posts, Maymay said: “What I don’t like is that people always seem to see something wrong in others. It’s like no matter what you post out there, they will always find fault in it. During the last five years, I’m proud that I was able to handle bashers well, but not everyone is like me. Others tend to take bashers too seriously and so they get affected.

This is why I always say hinay hinay lang when it comes to making comments. We are all having a hard time because of this pandemic. It’s better if we just work on lifting each other’s spirits and giving each other hope.”

She also gave this piece of advice. “Like me, just make sure to post only uplifting messages. Don’t be forced to do something you’re not comfortable doing in order to seek the approval of others. How you see me on social media is how I really am in real life. That’s why I don’t feel the need to defend myself from people who often voice out their opinion on what I should be like in public.”

Maymay recently shared online her decision to pursue self-improvement lessons. Maymay’s self-titled debut album reached platinum when it was released in 2017. Recently, Maymay began taking up singing lessons again. She explained: “People would tell me that I have a good singing voice, but personally, I hear that I’m still lacking; that I still need to work on improving it. Finally, I’ve found the perfect coach. I told my supporters to watch out for what I would do next.”

The young star said she has also become a “risk-taker” in terms of accepting acting projects. “This started in 2020. Prior to this, I would always feel nervous and self-conscious. I would worry about taking on more challenging roles because I feel that I don’t have enough experience to pull it off, that I will fail in giving justice to the role. This was also why I didn’t want to go solo before,” said the other half of the highly successful tandem MayWard, opposite Edward Barber. Maymay admitted that she felt she wasn’t ready yet back then. “Thinks changed in 2020 when I decided to really work on my weaknesses. I’ve managed to fight my fears and worries by improving on my craft. I’m now more confident in accepting solo projects. I’ve realized that the more I accept projects that I find difficult, the more I improve. And in the end, the feeling of having accomplished the project is incomparable.”

In the second season of “Click, Like, Share,” which will start streaming on iWantTFC on Sept. 3, Maymay will be featured in the first episode titled “Lurker.” She plays Beng, a hardworking waitress who will suffer the dangers of oversharing on social media. After a rich online influencer named Trish (Michelle Vito) embarrasses her at work, Beng seeks revenge by lurking on Trish’s social media accounts in an evil attempt to ruin the latter’s life.

The three other episodes will feature Janella Salvador, Tony Labrusca, Barbie Imperial and Jerome Ponce. The series is directed by Emmanuel Q. Palo and produced by iWantTFC and ABS-CBN Entertainment. in association with Dreamscape Entertainment and Kreativ Den. It will also be seen in September on the Kapamilya Channel, Kapamilya Online Live, and Channel A2Z.