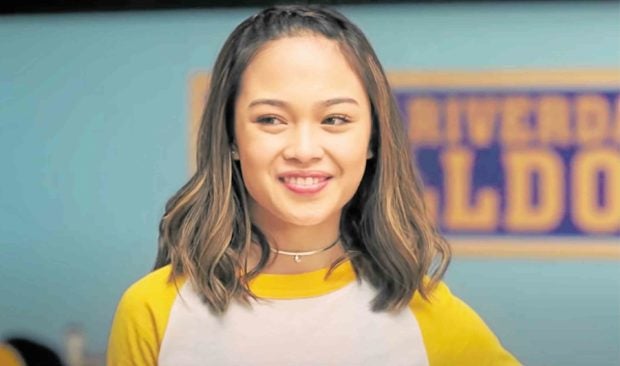 It’s impressive to see her shift from her shrewd and ill-tempered character to being her natural self,” said teen superstar AC Bonifacio when Inquirer Entertainment asked her to recall the time she taped a dance showdown with American actress Madelaine Petsch for the hit Netflix series “Riverdale.”

“We were getting ready on a trailer together. She was getting her hair done, while I was getting my makeup done. We were seated beside each other when she said, ‘You’re AC right?’ I said, ‘Yeah. Hi!’ She knew it was my birthday the day before so she greeted me and asked me how old I am. When I said 18, she said ‘You don’t look like you’re 18!,’” AC recalled during a recent virtual one-on-one chat.

“She’s nice even on the set. Her role is kind of a kontrabida, so she’d act very mataray, but her normal self isn’t like that at all. She’s such a professional,” AC beamed.

AC auditioned to be one of the members of the cheerleading group Riverdale Vixens in November 2020 by sending her taped performance. She was told she got the part in the same month. Rehearsals for the show were held on Dec. 14, or the day after her birthday.

“It’s like a birthday gift for me. When I found out, I freaked out! My mom, brother and cousins were all so thrilled, too. That day, I rehearsed a few times with Madelaine and the Vixen girls. On the day of the shoot, it was so fun. It’s like we were simply hanging out. I didn’t feel like I was working. Madelaine was so nice,” said AC.

AC was born and raised in Vancouver, Canada, where the Riverdale set is located. She said the experience has definitely changed her. “Since I’m known as a dancer, my stint there has inspired me to do acting in some way as well. I’m still very shy when it comes to acting, but seeing the way Madelaine works, seeing everyone on set, has motivated me to try to do what they’re doing.”

The episode aired on March 10 in the United States.

Competing or joining contests is so much a part of AC’s life while growing up. She started taking up dance classes when she was 3, and began competitive dancing at age 6. “I’ve been doing competitions all my life. I’ve won a few; I’ve lost a lot, of course. But at some point, competition in you just fades. Training is no joke when you want to join a competition. Every day, from 6 to 12 a.m., you don’t just dance, you also do cardio (workout] and everything you need to do for stamina and for the dance,” she explained. “I feel like, nowadays, I won’t be able to compete like what I used to do before. The fire in me to compete, I now use it to perform. I let it out on stage to inspire others.” 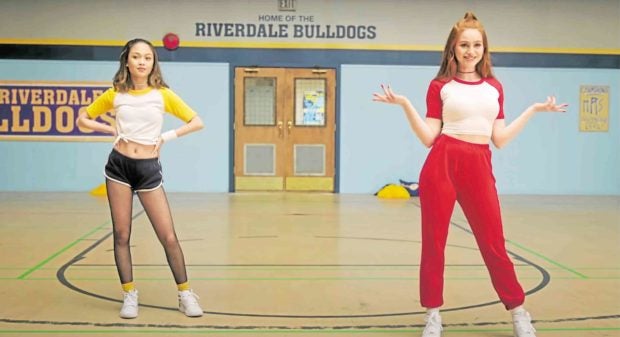 AC was the first-ever grand champ of the TV dance competition “Dance Kids” with Lucky Ancheta in 2016. She also won second prize in Black Pink’s “How You Like That” dance cover competition.

To anyone who wants to compete, AC’s advice is “to never give up. You’re going to lose a lot. You’re going to get rejected. That’s life. That’s going to inspire you to keep going and you will win, eventually; and you will feel so accomplished and proud of yourself,” she said. “Just keep going. If you love competing and that’s where your eagerness and hunger are, then keep doing it.”

When Inquirer Entertainment asked the social media superstar to recall how she has managed to effectively widen her reach online, she replied: “I actually don’t know how I did it. I was 12 when I hit my first 10K followers. I was over the top, jumping for joy. Ten thousand people? That many people could fill up a whole arena or a theater. That’s crazy! Now I’m at 4-5 million on different platforms. It’s absolutely insane! I had a lot of help from my mom. She’s a very good manager—she’s my ‘mommy-ger.’ It also helped that I’m part of ABS-CBN, which is such a big platform.”

“All the content I’ve produced were never to gain more followers. I don’t do it because it’s trending… I do stuff because I love to do it and it makes me happy,” AC added. “It releases joy when I do it. I think that’s what my fans are able to take in also—that I’m simply doing what I love. I guess that’s what’s makes them follow me, as well.”

On a usual workday, AC said she would often make sure to “catch up with what’s happening on social media because I’m an influencer. It’s part of my work to keep up with what’s going on online in all the apps and in all platforms. The online world is really unpredictable.”

To do this, AC has two smartphones, a tablet, and a laptop. “I have a lot of gadgets to help me with everything, and then I still have my mom. She keeps up with things online, too,” AC explained. “Mom and I are from two different generations so, for example, our ‘For You’ pages on Tiktok are made differently. We see different trends, and it works out for me because my mom will sometimes tell me to do something that I never knew was already trending.”

We likewise asked AC for advice on what individuals who also aspire to make a name online should do. To this, AC replied: “I would still advise them to not give up. This mantra is such a big thing in my life that I’ve said it to myself several times. Just push through whatever struggles you are going through. It’ll get better at the end, especially if it’s your passion and it’s where your heart is.”

Starting Aug. 28, AC will be hosting the show “OnZtage” every Saturday night, 7 p.m., on the live streaming app Kumu. She will also host “Quiz Mo Ko” on Kumu starting Aug. 30 at 9 p.m.